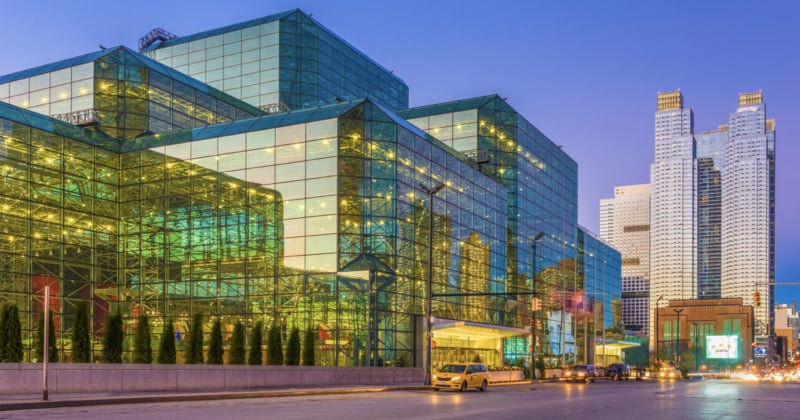 The group behind Photofairs Shanghai, Asia’s largest commercial event for photography, is bringing its event to New York. Called Photofairs New York, it promises to be a new contemporary art fair dedicated to photo-based works.

Photofairs New York will take place at the Javits Center — the former home of PhotoPlus — and plans to welcome up to 100 international galleries in its effort to present “a state-of-the-art view of visual culture.” According to The Art Newspaper, the event plans to be comprised of somewhere between 80 and 100 exhibitors and will run alongside The Armory Show.

“The Fair’s strong curatorial approach will create a new platform where photography and new technologies intersect. It will provide a dedicated space to explore new trends in the contemporary art market from fine art photo-based works to experimental filmmaking, VR, and NFTs,” the organization says. “Photofairs New York will connect collectors and visitors with international galleries and boundary-pushing artists inviting discourse and interaction.”

While it is a photography-focused show, it appears to be taking a different angle than previous shows that used to occupy this space and time. PhotoPlus, for example, was focused on equipment manufacturer exhibitions and educational classes before the COVID-19 pandemic stopped that show in its tracks. The attempted follow-up, Create NYC, postponed its 2022 show until next year. These shows, run by Emerald X, have been the only large-scale photography-focused events in the city, and there has not been anything yet that has successfully replaced them.

Based on what Photofairs is attempting, it’s unlikely that this show will fill that still-empty niche, since the target for this show is not photographers themselves, but rather collectors and those who enjoy photography as an art medium.

“Aiming to appeal to established collectors and a new, fast-growing, generation of buyers, the Fair will be accompanied by an extensive VIP program including exclusive events, curator-led tours and private studio visits. The Fair will also hold a vibrant public program looking to cultivate and celebrate the ever-changing dynamic of today’s visual culture,” the organization explains.

The Art Newspaper reports that this is not the first time that the group behind Photofairs has attempted to break into the United States market. It attempted a show in San Francisco in 2017 and 2018, but closed it the following year after losing about a million dollars in the venture.

The Photofairs organization hopes New York will be different, and cites the “enthusiasm for visual culture is seen through its strong and longstanding gallery scene” since New York hosts more photography galleries than anywhere else in the world.

Photofairs New York is being spearheaded by Creo in partnership with Angus Montgomery Arts, its majority shareholder, and in collaboration with Photo London and Candlestar founders, Michael Benson and Fariba Farshad. The inaugural edition of Photofairs New York will take place at September 8 through 10, 2023.