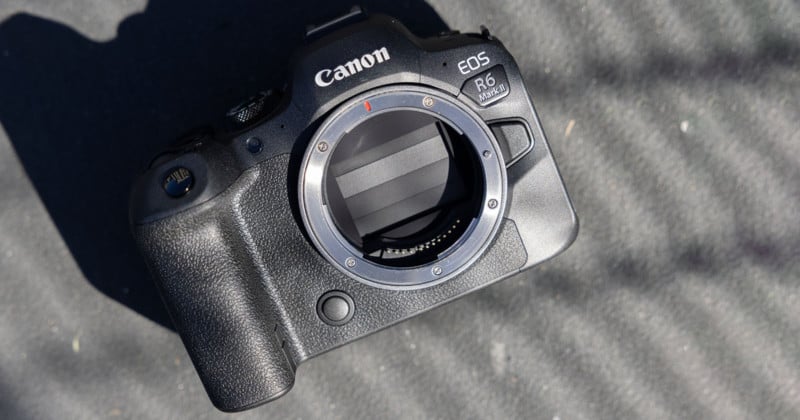 Canon has announced the EOS R6 Mark II that the company positions as a “Swiss Army knife” of a camera. Centered around a newly-developed 24.2-megapixel sensor, it can shoot up to 40 frames per second and features a “highly accurate” autofocus system.

The body design of the R6 Mark II overall does not deviate far from the past Canon RF-mount camera designs but does make changes to the layout of the top of the camera. To the left of the electronic viewfinder where the power switch once was is now a new switch for toggling between stills and video mode. The power switch moves to the right side of the camera above one of the command dials, which is now smaller than the previous version. The video record button remains unchanged as does the general arrangement of the buttons and dials on the rear of the camera. 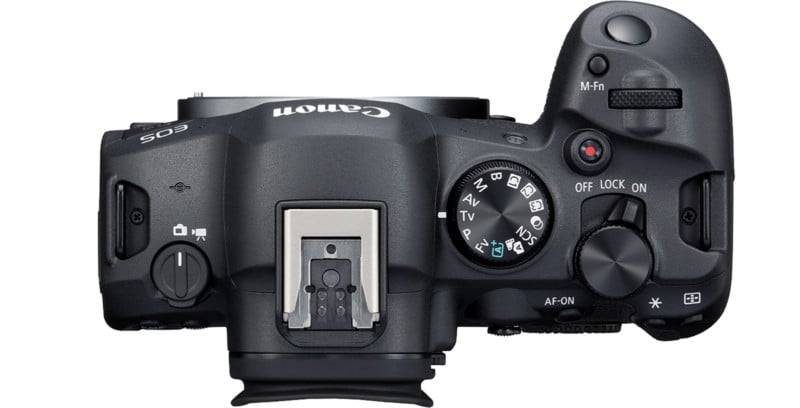 Of note, the R6 Mark II now has Canon’s version of the multi-interface shoe that was first introduced by Sony, which gives the camera more capability to communicate with supported accessories. The R6 Mark II also retains in-body image stabilization which the company says is effective up to eight stops slower shutter speeds. 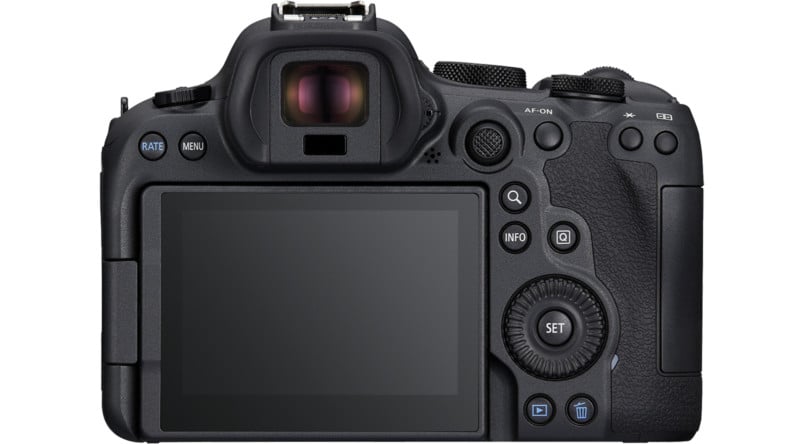 While it shares the general resolution of the company’s flagship sports camera the R3, the sensor at the core of the R6 Mark II is wholly unique to this camera. Additionally, while its autofocus intelligence is based on the R3, the R6 Mark II adds a few new tricks that are only found in this new camera.

A Sensor that Outperforms its Specs

It should be noted that while the R6 Mark II can shoot up to 40 frames per second with its electronic shutter (up to 12 frames per second with the mechanical shutter), it is not a stacked sensor design. It is also not backside illuminated (BSI). Canon has not revealed how the sensor is able to shoot that quickly (and avoid horrendous rolling shutter effects) without using a stacked sensor, only that it can. 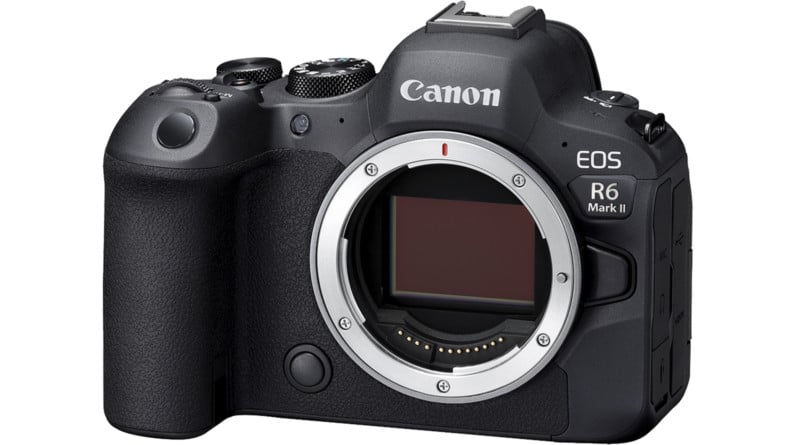 The sync speed of the mechanical shutter is 1/200 second while the electronic shutter syncs at 1/250 second. 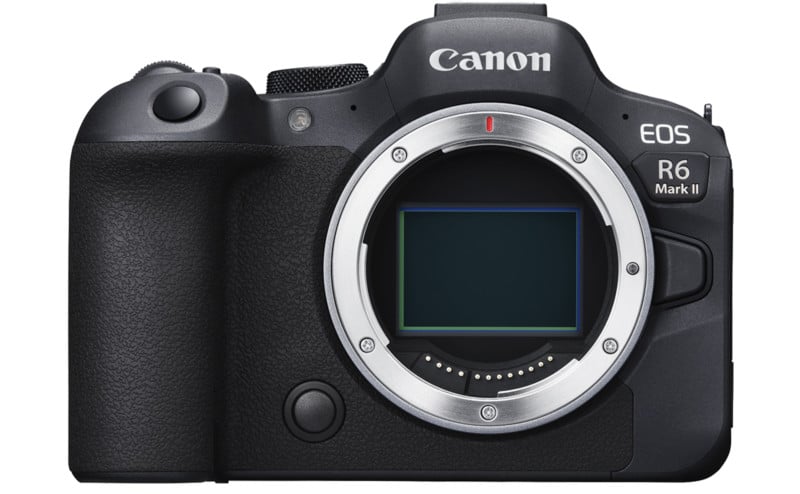 The pre-record RAW burst mode constantly records a couple of seconds as autofocus is held on a subject up until the point that the shutter button is pressed, at which time the camera stops on that frame and provides the photographer with the previous couple of seconds worth of images.

The HDR capture for moving subjects allows photographers to shoot with the internal bracketed HDR mode, but isn’t limited to stationary subjects. Canon did not elaborate on how this feature works or explain how it is able to take multiple frames of a moving subject and combine them into one seamless image.

The performance of the pre-record RAW burst mode and the moving subject HDR are detailed in PetaPixel’s hands-on first impressions of the R6 Mark II.

The Promise of Way Better Autofocus

Canon positions the biggest leap for the R6 Mark II as lying in its autofocus performance, and the company says that it is a system that combines the intelligence found in the R3 with new features to create what it promises is “highly accurate” subject detection with human, animal, and vehicle settings. In addition to the previously available intelligent autofocus capabilities, the R6 II also adds horses, trains, and airplanes which are now detectable thanks to updated deep learning technology.

The camera is able to do this thanks to a newly-added artificial intelligence chip, meaning there is a lot more here than just a firmware update. 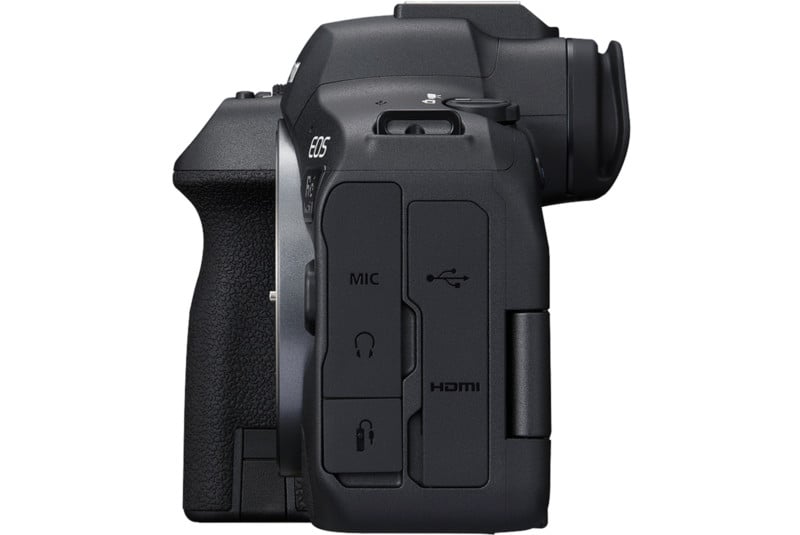 On the video side, the EOS R6 Mark II brings internal 4K video recording that is oversampled from 6K and shoots at up to 60 frames per second without a crop (full width) which it can continuously record for 40 minutes “or longer.” The company stipulates that it doesn’t have a recording limit and notes that however long a recording goes after 40 minutes will be based on the available storage of the inserted memory cards and ambient temperatures. The camera is capable of “unlimited” recording when it is set to 4K at 30 frames per second or slower. 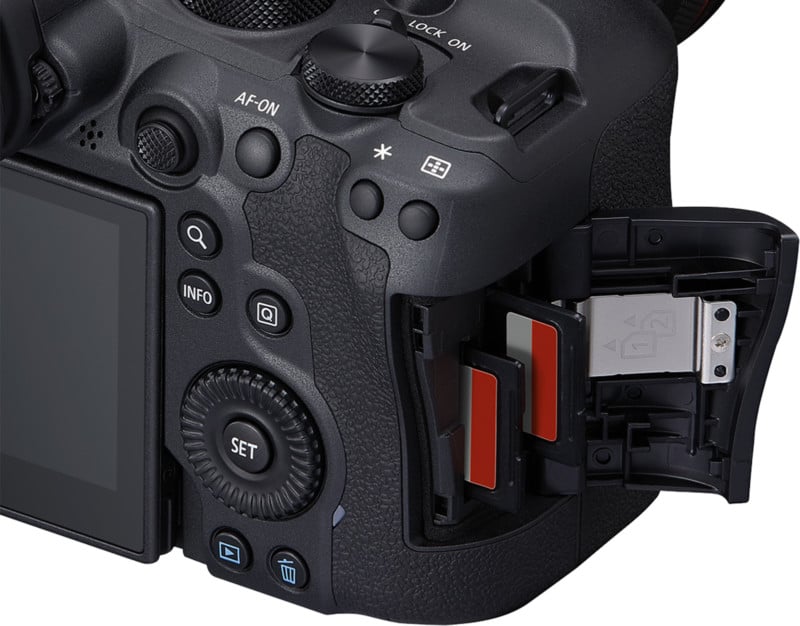 As for storage media, the R6 Mark II uses a pair of UHS-II SD card slots.

Update 11/2: Clarified that the autofocus system’s intelligence is due to a newly-added chip.