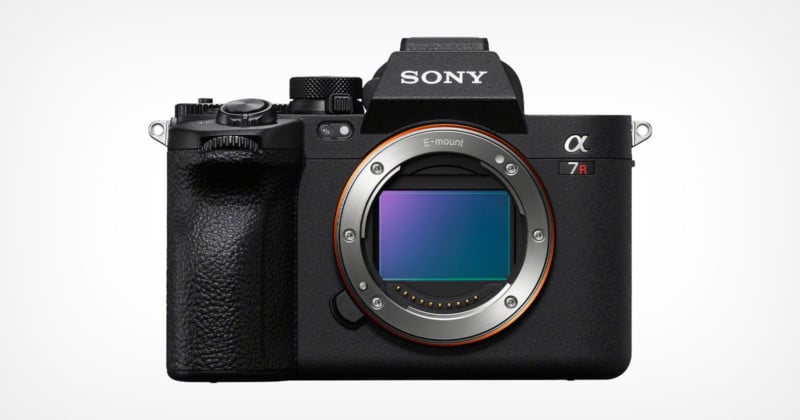 This system is at the heart of the Alpha 7R V, and is expected to come to other models going forward as Sony says the new AF technology is “For R and beyond.”

Sony has said that the new processor will be able to resolve more detail and color fidelity from that same sensor and is further aided by a new auto-exposure system that can better detect skin tones in various challenging lighting conditions. For example, the company says that auto exposure is 20% more reliable than previous models.

The Alpha 7R V can also capture images in both JPEG and HEIF, and has three selectable raw sizes: 61MP, 26MP, and 15MP.

The new 8-stop compensation is achieved through a “completely updated” 5-axis in-body image stabilization system and works in conjunction with the onboard gyroscope to improve communication between lenses and the body.

The new processor also allows the camera to capture images from ISO 100 to 32,000, expandible to ISO 102,400 for stills. The Alpha 7R V additionally now has 15-stops of dynamic range. 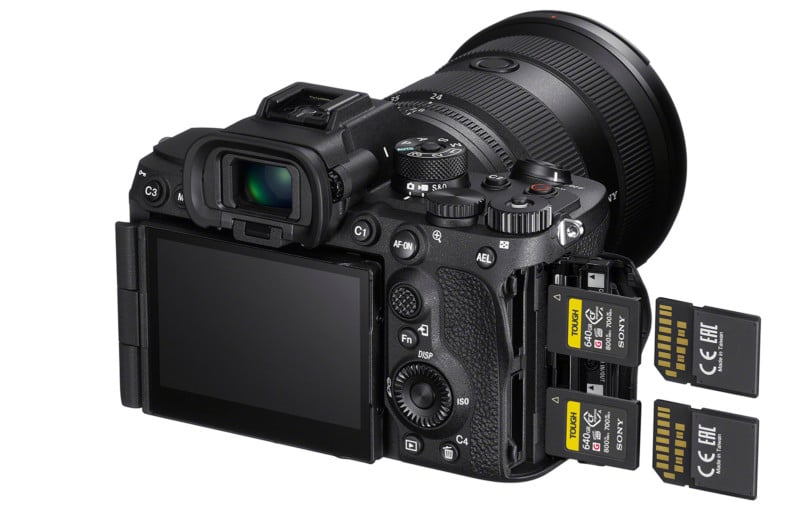 The camera has also gained dual CFexpress Type A slots, features Sony’s latest 98.44 million dot EVF, and has 802.11ac Wi-Fi and Bluetooth. The USB-C port supports fast networking and PD charging and will enable continuous shooting when the camera is connected to a power supply.

Sony says the body is dust-and-moisture resistant for “high reliability [in] any working environment.”

Sony has said that a new onboard AI processor, along with the A7R V’s Dual Bionz XR processors found in recent Alpha cameras and the 693-point AF system with 79% coverage of the sensor, powers this new AF technology.

The AI tracking system is designed to detect human poses and recognize movements made by people when evaluating subjects. It can detect not only eyes, head, and body parts but also noses, necks, shoulders, elbows, wrists, hips, knees, and ankles.

By training the system to recognize poses, Sony claims that the camera system can better determine what subjects are in the frame and therefore more reliably track the subjects as parts of their body become obscured.

For bird and animal AF, Sony says the Alpha 7R V can track dogs, cats, and other domestic pets and smaller animals, adding that it can pinpoint the eyes of birds and now recognizes the heads and bodies of birds in addition to eyes. The heads or bodies of insects can now also be detected, and for cart/train and airplane detection, the front surface of the vehicle is detected.

The AI-based system is customizable, and users can configure the amount of recognition assigned to any subject and the individual body part features to prioritize for human, animal, and bird shooting.

The Sony a7R V features a new 4-axis multi-angle LCD screen that measures 3.2 inches and can both tilt and flip. This tilty-flippy screen allows users to move the LCD up and down in a traditional tilt setup but can then pivot out like a flip screen and can be turned to face the front of the camera for self-recording scenes and is very similar to the one found on the Panasonic S1H. 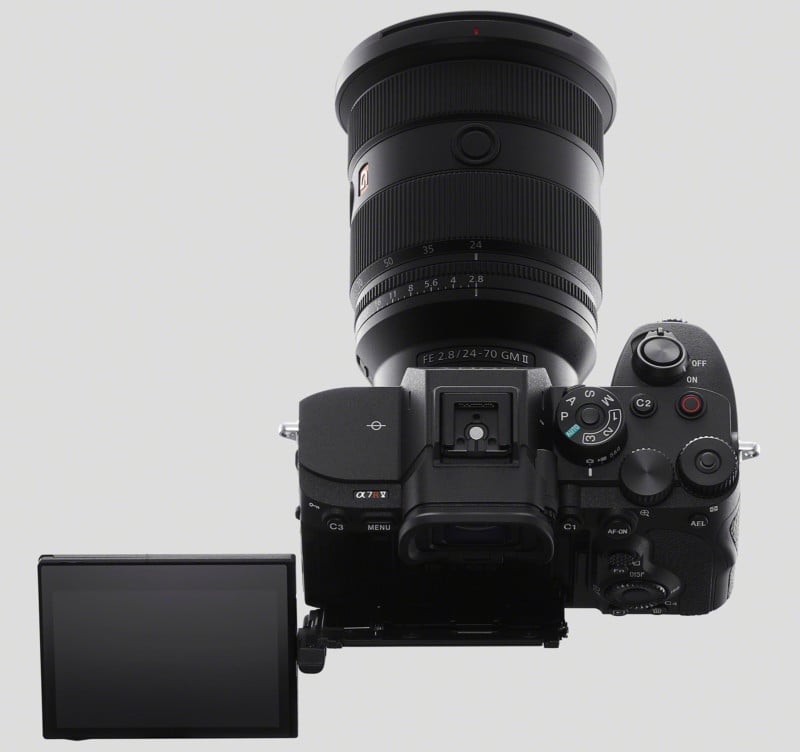 The Alpha 7R V sees major improvements over the Alpha 7R IV in video performance. It can now capture up to 8K 24/25p (for around 30 minutes before overheating) and 4K 50/60 movie recordings.

Sony also says it has improved video image stabilization when used in conjunction with OSS lenses.

A dedicated Still/Movie/S&Q dial on the top of the camera change modes, while settings are maintained individually for both video and still shooting.

The new case is designed for “camera-wide heat dissipation” without a fan, which is how the camera is able to capture 8K for 30 minutes.

Pixel Shift capture on the Alpha 7R V takes up to 16 consecutive pictures with minute shifts in the sensor, resulting in a file with more than 200MP of effective resolution. When used with the newest version of Imaging Edge, pixel shift images captured with slight motion between frames (like moving leaves) can be smoothed together automatically in the software. 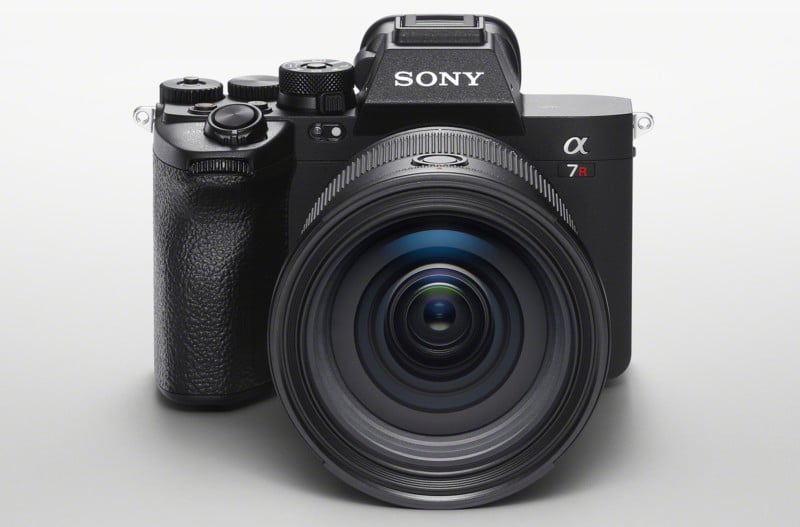 The Sony Alpha 7 V has touch control, a new “Main Menu” for video shooting, and can perform focus stacking.

4K web streaming is possible over the USB cable using UVC/UAC, which works with a wide range of smartphones, tablets, and desktop systems. The camera can record internally during streaming and captures in 4K 15p, HD 60p, HD 30p, and 720 30p.

A new anti-dust system can oscillate the shutter more than 70,000 times per second, and the shutter can be set to close on power-off. On the side of the Alpha 7R V a full-size HDMI port, PC flash sync terminal, microphone jack, headphone jack, USB-Type C connector, and USB Micro connector.

A cable lock is included with the Alpha 7R V, to keep the HDMI cable in place during video shooting to a recorder.

The Sony Alpha 7R V camera is priced at $3,900 and will be available to purchase in mid-December.