A photographer was tasked with capturing a graduation class photo, but with a twist; it had to be done underwater.

Sailor 1st Class Valerie LeClair was given the difficult task of capturing the underwater shot of Royal Canadian Navy Divers who had recently passed a diving course. 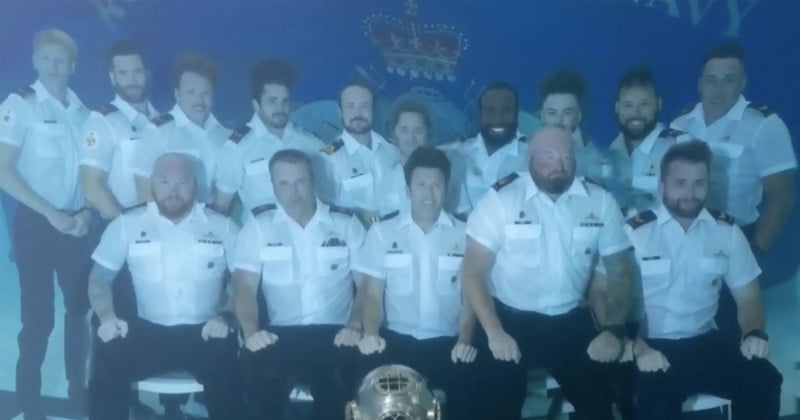 The shoot took place at the bottom of the pool and LeClair faced the tough job of lining up the entire class. Not only that, but she had to get them to stay in the depths so that she could shoot the picture before they ran out of oxygen.

“They would float up, or it would be hard for them to sit down in the chairs,” she tells CTV News. 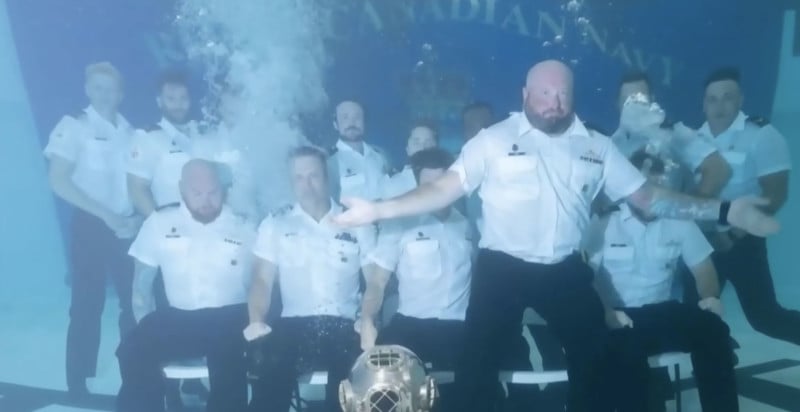 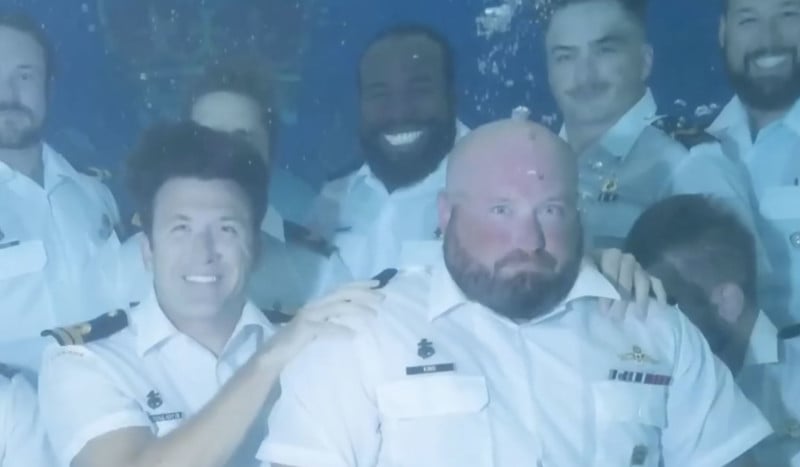 To help the class stay at the bottom of the pool, the graduates lined their pockets with eight pounds of weight. “To help us sink and stay at the very bottom,” adds Sailor 1st Class Tajoniel Forbes.

The instructors of the course, who sat on the front row, were given access to air but the student graduates attempting to stand at the back did not.

“By the time you were in position, someone was almost out of breath already so you have about five or ten seconds to actually shoot that picture before somebody shot off” adds S1 Forbes. 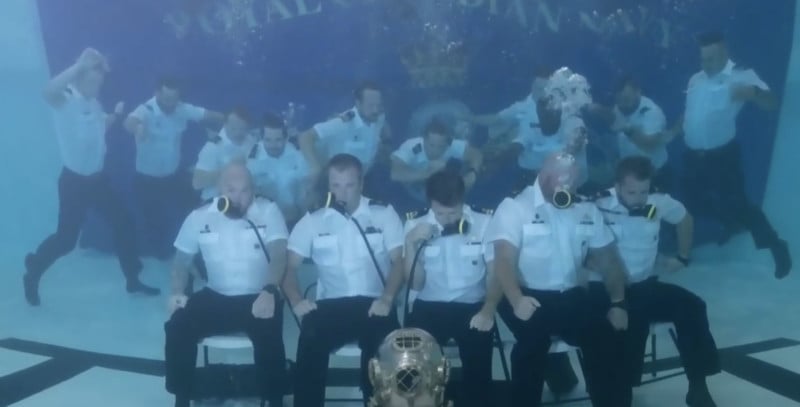 After multiple failed attempts and more than a dozen pictures when someone’s eyes were inevitably shut, LeClair finally got the shot.

The final stage was on the computer where LeClair removed all of the bubbles emanating from the class. “Editing, yeah, that wasn’t the most fun. It took a long time,” she says.

However, LeClair feels fortunate that she gets to combine diving and photography. “It’s kind of a cool job I get to dive and take underwater imagery too,” she adds.

The class of aspiring clearance divers has had to master vital skills, like how to find and neutralize explosives underwater.

LeClair is a regular photographer for the Canadian Maritime Forces, shooting photos of naval teams in action on a training exercise and other exciting adventures.