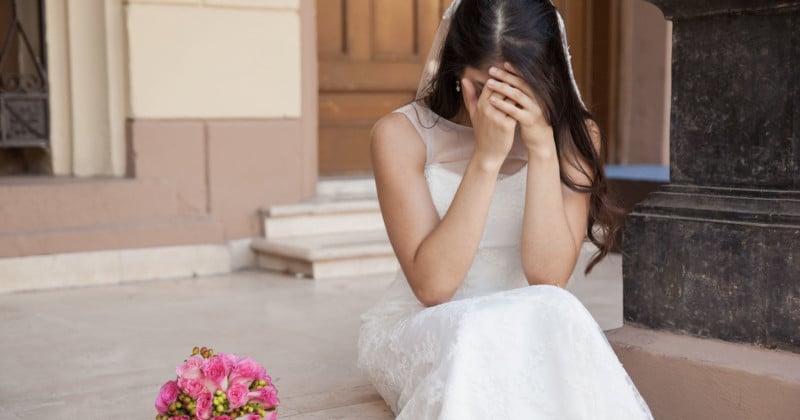 Brides across the U.S. are complaining about a wedding photographer who allegedly either failed to show up on their big day or did not deliver the final photos.

WSB-TV reports that Atlanta-based wedding photography business, Lace & Vine Photography has received numerous complaints from clients. Brides claim that they are still waiting for refunds after the photographer was a no-show on their wedding day or failed to send the pictures.

Mimi Phan says that she got a text message from Lace & Vine hours before her wedding day to let her know the photographer would not be coming and would not be providing a replacement.

Phan says the photographer told the wedding planner on the morning of the big day that he would be there, before bailing with a text message three hours before the ceremony at 14:30.

Phan says she only has photos of her September wedding because a guest stepped in at the last minute to take pictures.

Phan says still has not received her promised refund from Lace & Vine after the photographer told her by text that the company’s negative reviews and canceled weddings have led to a deficit in their account.

WSB-TV spoke with several other brides with similar stories. There is reportedly even a “Victims of Lace & Vine” Facebook group so that brides can share their negative experiences with the wedding photographer.

Jasmine Murphy hired Lace & Vine to shoot and edit a video of her April wedding. Nearly six months later, she still does not have the video that was supposed to be provided within 90 days.

An anonymous bride, who is currently fighting for a refund from Lace & Vine, also describes how the photographer “completely no-showed my wedding. No communication at all after I sent them the final payment.”

The couple who owned Lace & Vine told WSB-TV reporter Justin Gray that they have gone their separate ways and that this had led to a major backup of work.

Lace & Vine’s co-owner said the company is no longer accepting new clients, and that they are working to complete all the backlogged edits and get photos and videos to customers.

A statement on the company’s website reads “Lace and Vine has experienced a shift in management in the past few months that has, unfortunately, impacted the quality of service and communication with our clients.”

The wedding photography business objects to some of the negative online reviews the company received, saying that “some reviews that have been posted online are completely fraudulent in nature.”

Last week, the Better Business Bureau (BBB) issued a warning about another wedding photographer who allegedly failed to show on the big day for several clients.