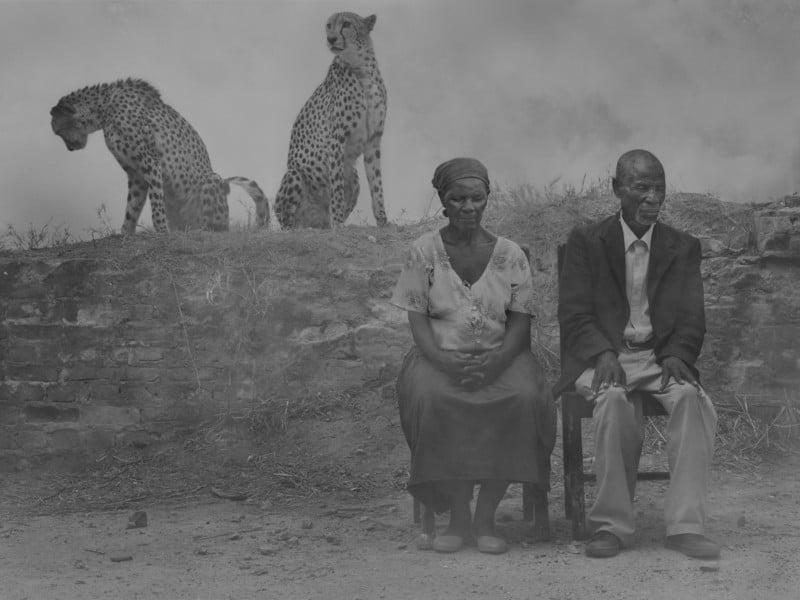 Famed photographer Nick Brandt’s latest project The Day May Break portrays people and animals that have been impacted by environmental degradation and destruction.

The photo project has been split into two chapters. Chapter One was photographed in Zimbabwe and Kenya in 2020, while Chapter Two was shot this year in Bolivia. 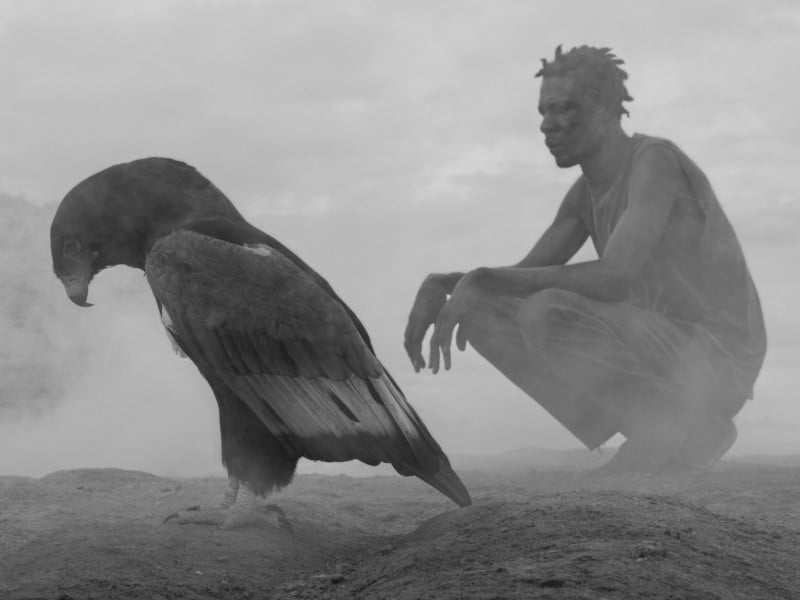 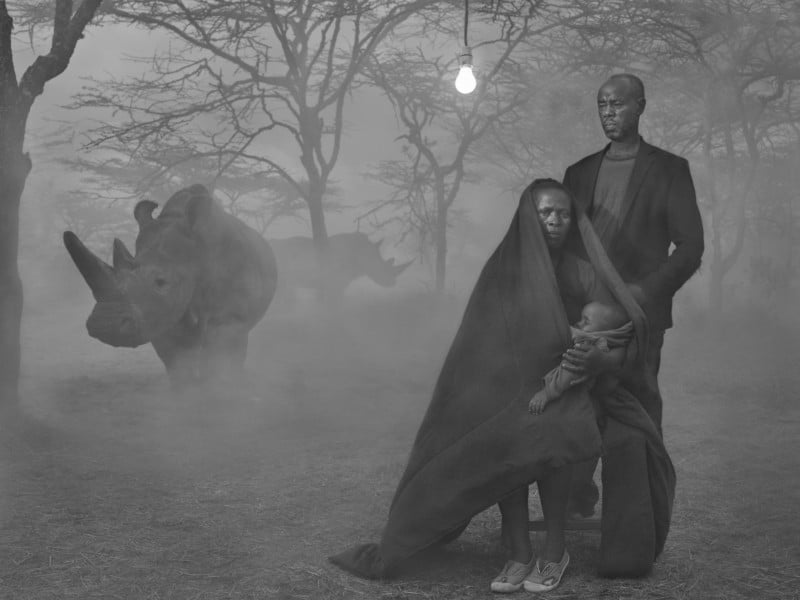 Brandt’s resulting photos are powerful, atmospheric black-and-white photos of humans and beasts together that had to be carefully choreographed.

“The people in the photos have all been badly affected by climate change — some displaced by cyclones and floods that destroyed their homes, others such as farmers displaced and impoverished by years-long severe droughts,” the British photographer tells PetaPixel.

“The photographs were taken at several animal sanctuaries and conservancies. The animals are almost all rescues, victims of everything from the poaching of their parents, to habitat loss and wildlife trafficking,” Brandt explains.

“These animals can never be released back into the wild. As a result, they are habituated, and so it was safe for human strangers to be close to them, and photographed in the same frame at the same time.” 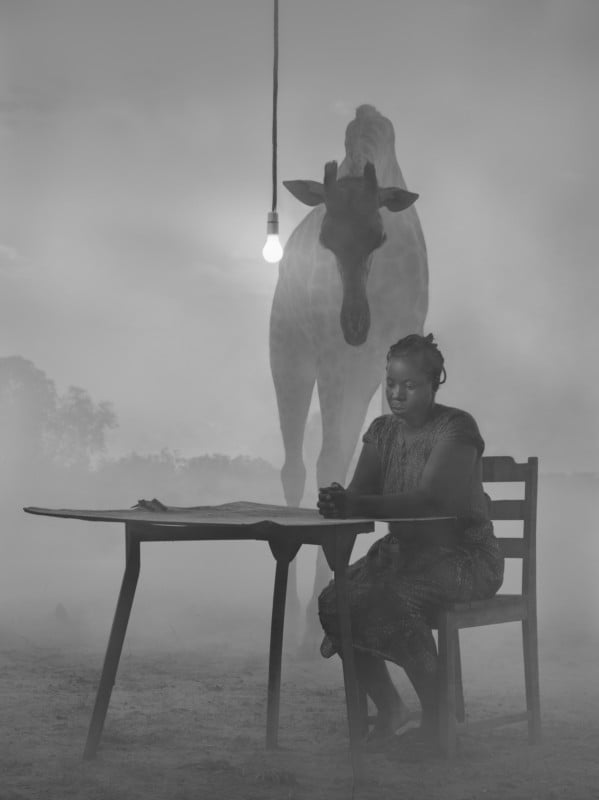 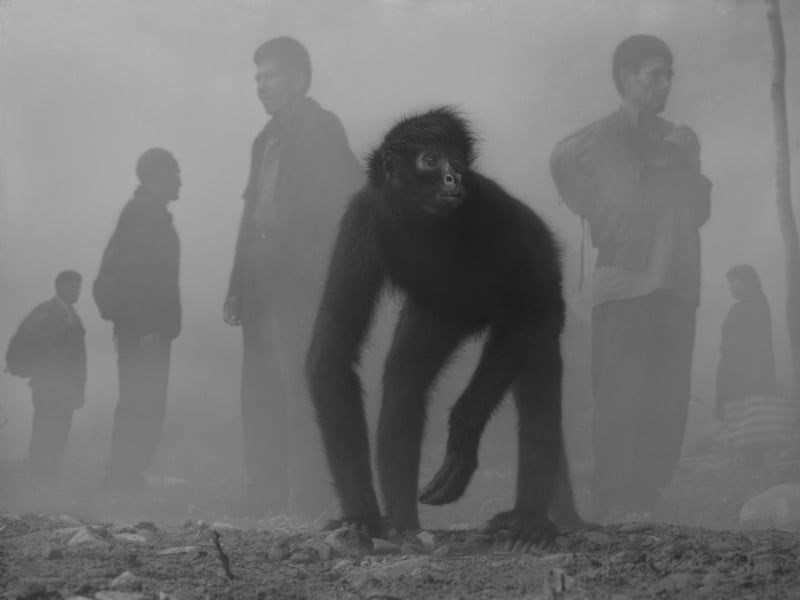 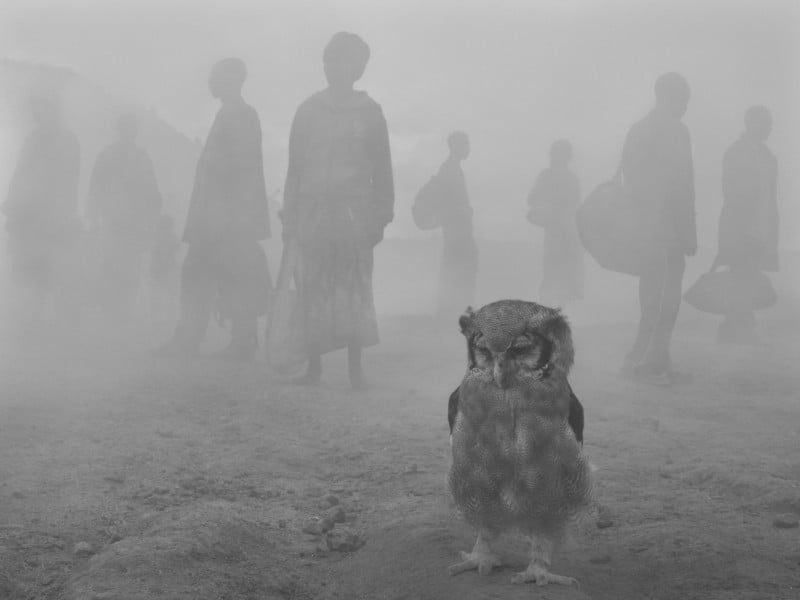 Adding to the atmosphere is the fog that can be seen in all of The Day May Break photos that were created by machines on location.

“The fog is the unifying visual, symbolic of a natural world now rapidly fading from view. The fog is also an echo of the smoke from wildfires, intensified by climate change, devastating so much of the planet,” Brandt says.

“However, in spite of their loss, these people and animals are the survivors. And therein lies hope and possibility.” 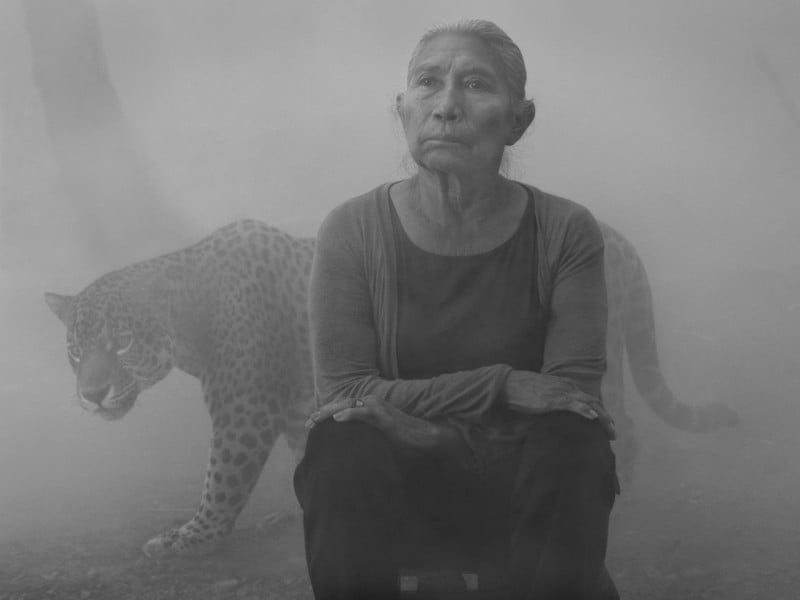 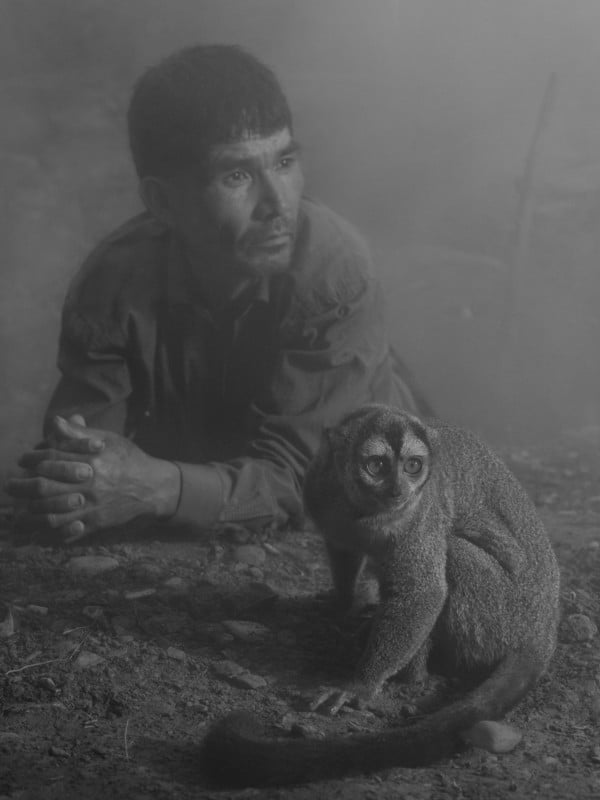 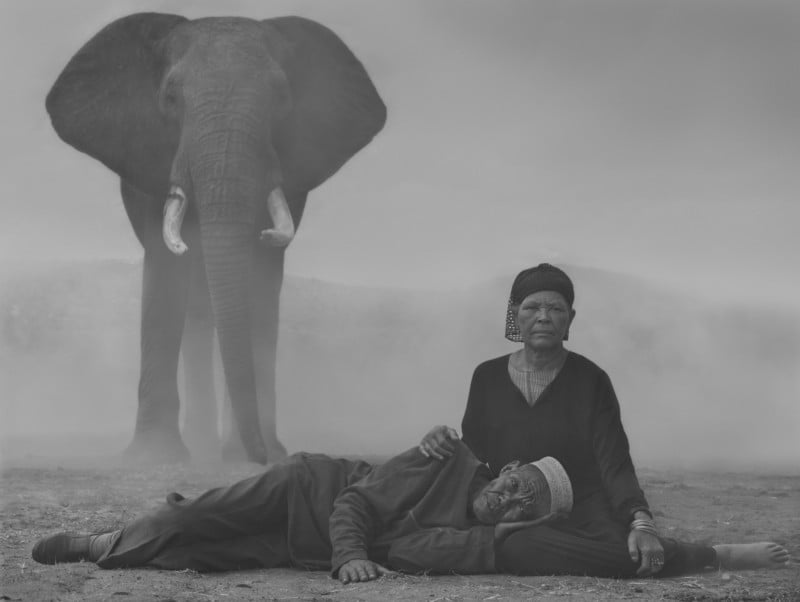 Brandt explains that he had to wait for cloud cover to shoot the moody photos on a medium format digital Fujifilm GFX 100.

“I made the project because I had to. Once I come up with a concept that for me addresses what is happening to our planet, I have to go out and do it, the state of my finances permitting,” he says.

“The people and animals are photographed together in the same frame because we all share the same fate.”

Brandt says that it was fairly straightforward to gain access to the animal sanctuaries and conservancies. But he needed to choose one where the rescued animals were sufficiently habituated to allow humans to safely pose alongside them.

“I also carefully chose the sanctuaries based on their reputations and good practices. I only wanted the best of partners, whose conservation and rescue work I could endorse,” he explains.

“And this was a two-way street: they also needed to approve me and make sure that the animals would be treated respectfully. It was a pleasure to work with all of them, and I dearly hope that they benefit from the additional exposure.” 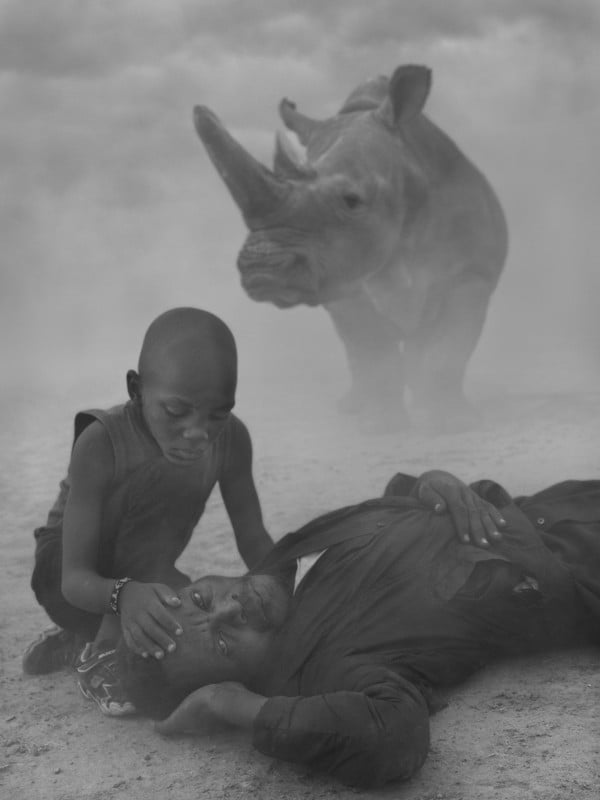 According to his Wikipedia page, Brandt became interested in animals and East Africa after directing the Earth Song music video by Michael Jackson. He previously created life-size animal prints in their former habitats for a project titled Inherit the Dust.

The Day May Break: Chapters One & Two is at Edwynn Houk Gallery in New York from October 6 to November 12. More on the project, including book availability, can be found on Brandt’s website.