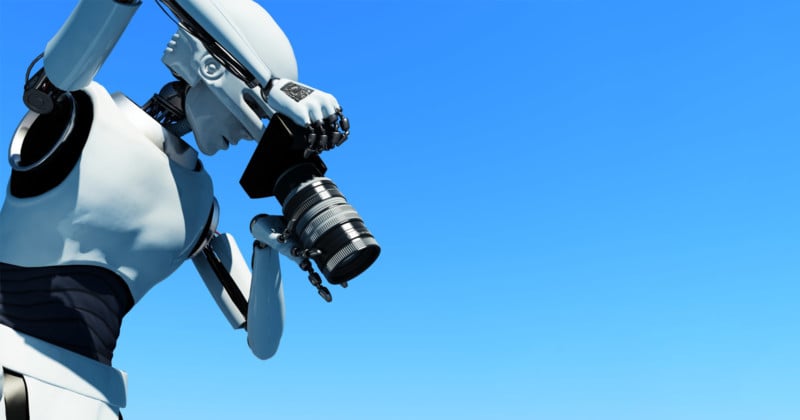 A photography portfolio website has taken a proactive stance against artificially intelligent (AI) generated images by banning them from its platform.

PurplePort announced the new rules in a blog post saying that images created from text prompts on programs such as DALL-E, Midjourney, and Stablie Diffusion will be removed if uploaded.

“Our entire purpose is to bring creatives together into a safe, honest, and vibrant community to create fantastic images, and so the use of 100% machine-generated images, whilst an incredible breakthrough, is not something that helps our community,” Russ Freeman writes.

“I feel that using machine-generated images, while empowering everyone to participate in generating art, does not reflect the core purpose of our service, nor does it contain enough human input.”

The post, entitled “Artmageddon: The rise of the machines, and banning machine-generated images,” goes on to describe AI images as “somewhat deceitful.”

“There are many arguments for and against machine-generated art, but for PurplePort, I wish it to remain an inspiring source of human-generated and human-focused art,” Freeman says.

“Finally, it is trivial for anyone to generate art using these art-generating machine algorithms…it requires no investment in skill or time. Thus, it is equally trivial for such images to crowd out the true artists amongst us and devalue those who have invested their time in their artistic pursuits.”

Freeman, a staff member at PurplePort, says that he is not against machine-generated images but feels that his website should remain free of them.

“I find the future of such things to be very exciting. I just feel that PurplePort is simply not the venue for such things,” he adds.

PurplePort is a website that brings together models, photographers, and other creatives with 40,000 plus active members.

The company’s decision follows an explosion in AI-image generators with photographers recreating their photos with the software and countries like the U.K. attempting to lay some legal groundwork for the data mining processes that feed the machines.

It also comes after artists were outraged when a man won a fine art competition with an image he created with a text-to-image generator.