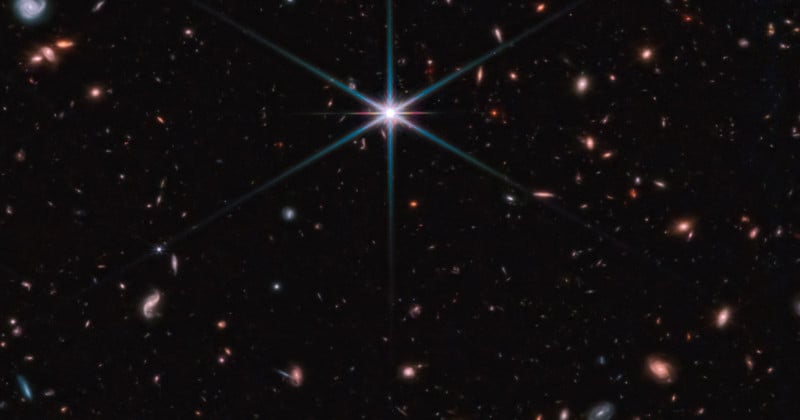 A team of scientists has leveraged the James Webb Space Telescope (JWST) to produce a massive mosaic of space made up of 690 photos. The image covers an area of the sky about eight times as large as the telescope’s first deep field image released on July 12.

The huge mosiac was generated as part of the Cosmic Evolution Early Release Science Survey (CEERS), an initiative whose goal is to demonstrate, test, and validate extragalactic surveys with the help of the JWST. CEERS has just completed its first set of observations, called Epoch 1, which includes a huge amount of data captured via the JWST’s Near Infrared Camera (NIRCam) and MIRI imaging systems.

Epoch 1 observes a “small” patch of the sky near the handle of the Big Dipper.

“Epoch 1 covers less than half of our total survey area on the sky and already the images have led to new discoveries and an unexpected, but not unwelcome, abundance of never-before-seen galaxies,” CEERS explains.

The image above is just one tiny section of the entire image, which can be seen below and downloaded in full resolution from the CEERS website:

“We hope you enjoy exploring these images as much as we have enjoyed studying them, and be sure to open the high-resolution ones to zoom in – the sheer number of galaxies we have captured so far is awe-inspiring!”

The massive image, which can be downloaded in full resolution from the CEERS website, consists of 690 individual frames captured with the JWST’s NIRCam. The result is the largest galaxy survey image to date. The file is a massive 268MB TIFF file and is 31,200 by 10,000 pixels.

Seriously, I beg you to download the high-res image on your computer and ZOOM IN! Here is just 1/4 of 1 of 4 total images included in our mosaic and you can already see how much SPACE is here! *Warning* the high-res image is BIG – I recommend not trying to open it on your phone pic.twitter.com/UubUssmpr9

CEERS has highlighted six portions of this image that showcase particular objects of interest:

First is a spiral galaxy, and the resolution of the JWST imaging reveals a large number of blue star-forming clumps and star clusters, CEERS says. 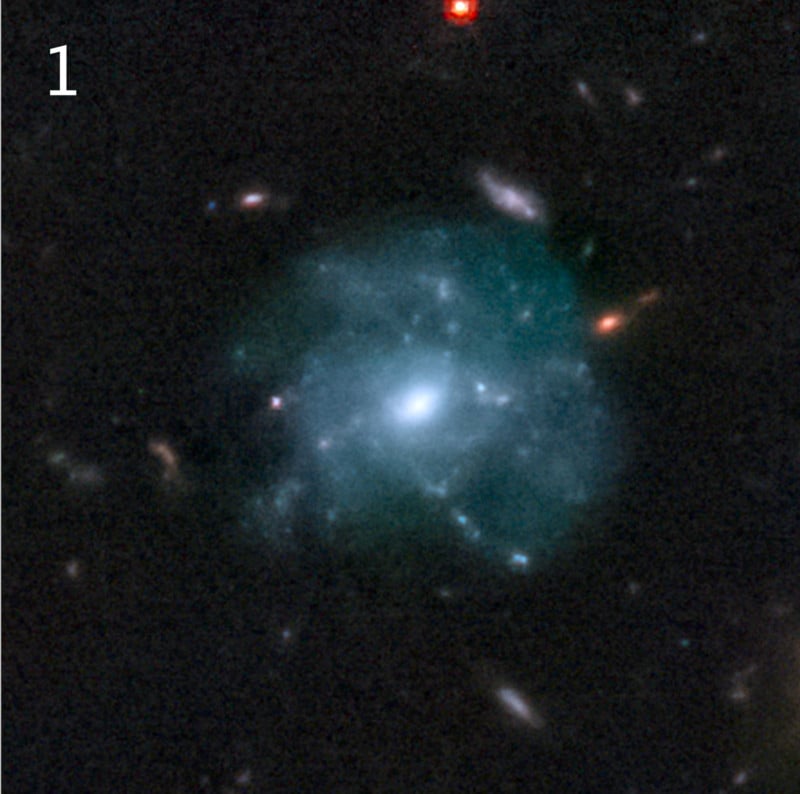 Next is a “chance alignment” of a bright galaxy with several smaller galaxies forming an arc in the sky when viewed from JWST. 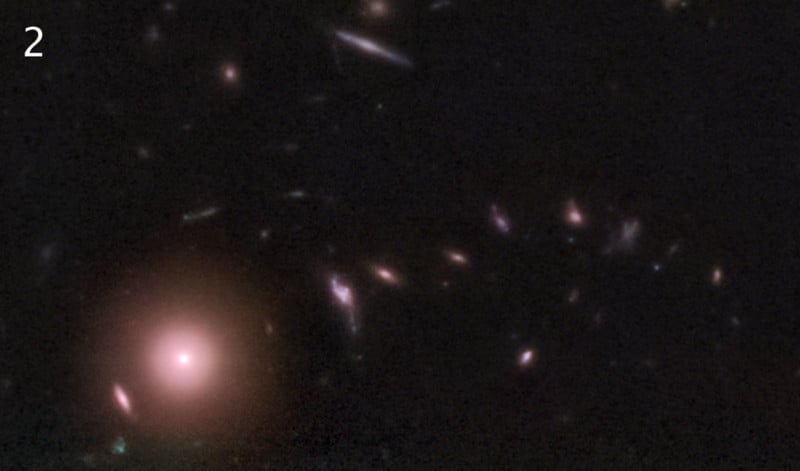 The third is an interacting system of galaxies, dubbed the “Space Kraken” by the CEERS team. 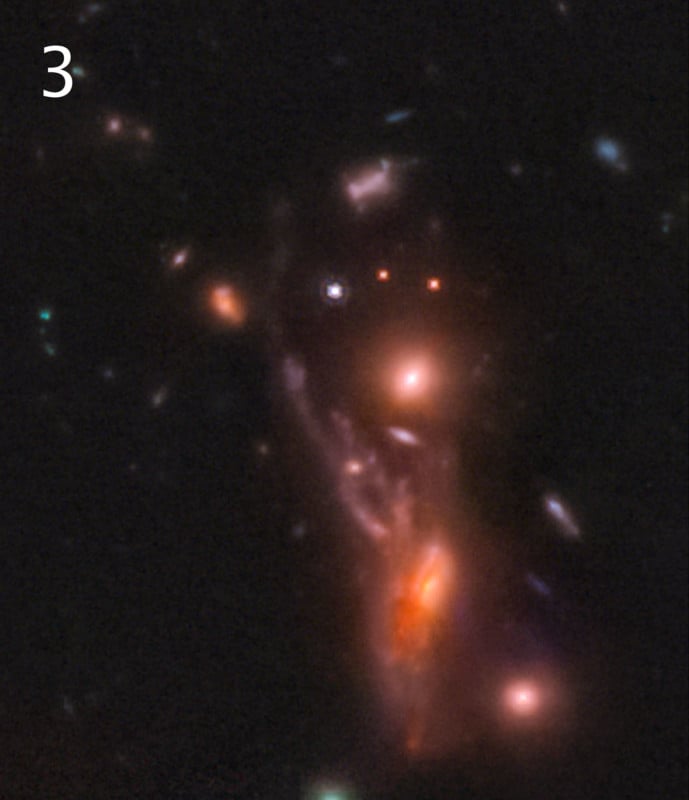 Another point of interest is two interacting spiral galaxies, and the arrow in the image points to a supernova that was only discovered thanks to the JWST images. 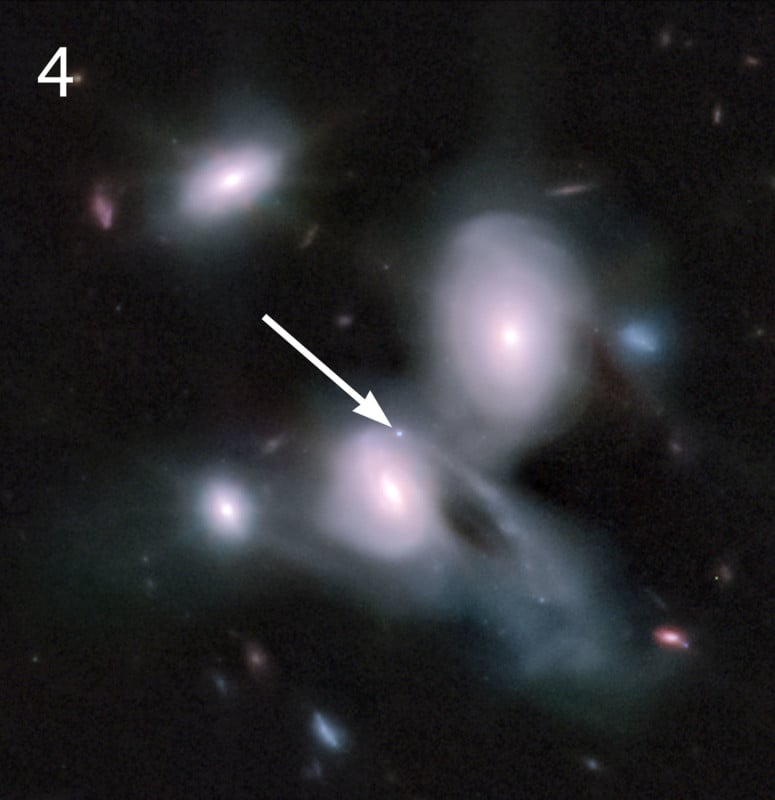 The fifth point of interest is another spiral galaxy that CEERS says highlights JWST’s ability to resolve small-scale features even for “modestly distant” galaxies. 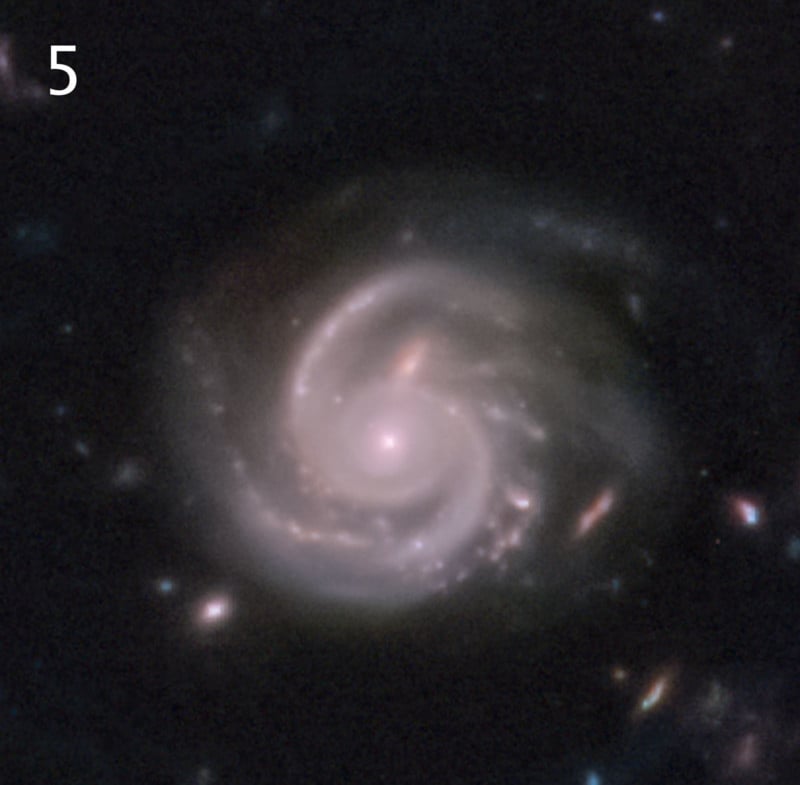 Finally, the last highlighted area of interest is a chance alignment of a galaxy with a “tidal tail, and a group of red galaxies. It is worth noting that this is just Epoch 1 of the CEERS observations, and the group is less than halfway through their full survey and has already made multiple new discoveries of never-before-seen galaxies.

The full survey can be found on the CEERS website.