Astronaut Samantha Cristoforetti this week posted awe-inspiring photographs of the aurora australis from aboard the International Space Station (ISS).

Italian Cristoforetti, part of the European Space Agency, captured the Stranger Things-style photos with the ISS in full view.

“The Sun has been really active recently,” she wrote on Twitter.

“Last week we saw the most stunning aurora I have ever experienced in over 300 days in space.” 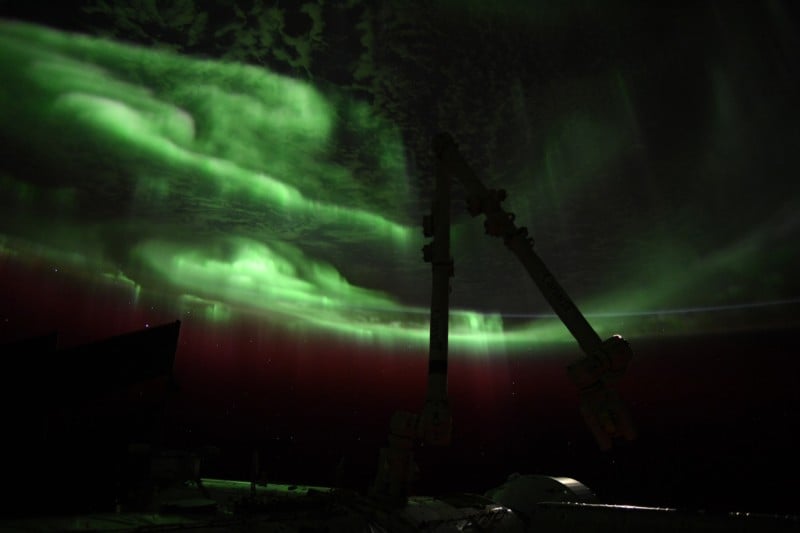 Similar to the northern lights, the aurora australis is known as the southern lights and occur when high-energy particles stream off the sun and rain down on Earth where they interact with magnetic fields that guide them toward the north and south poles.

Cristoforetti is right to say that our nearest star has been really active recently, the Sun has been releasing intense bursts of radiation arising from the explosive releases of magnetic energy.

The geomagnetic storms produce color aurora lights but can cause issues to spacecraft and communications.

“Thankful for the recent solar activity resulting in these wonderful sights,” he wrote.

The current solar cycle is an active one. Despite causing pretty scenes, such as bright auroras, wild space weather is expected that has the potential to disrupt electrical systems on Earth.

When enough charged particles from the Sun reach Earth it produces a moderate or G2-class storm. This is known as a coronal mass ejection.

According to Space, Cristoforetti is part of the Minerva mission and has been in space since April 27 as a member of crew-4. She made history by posting the first TikTok from space.

She also holds the record for the longest uninterrupted spaceflight by a European astronaut (199 days and 16 hours). And is also the first ever Italian woman in space.