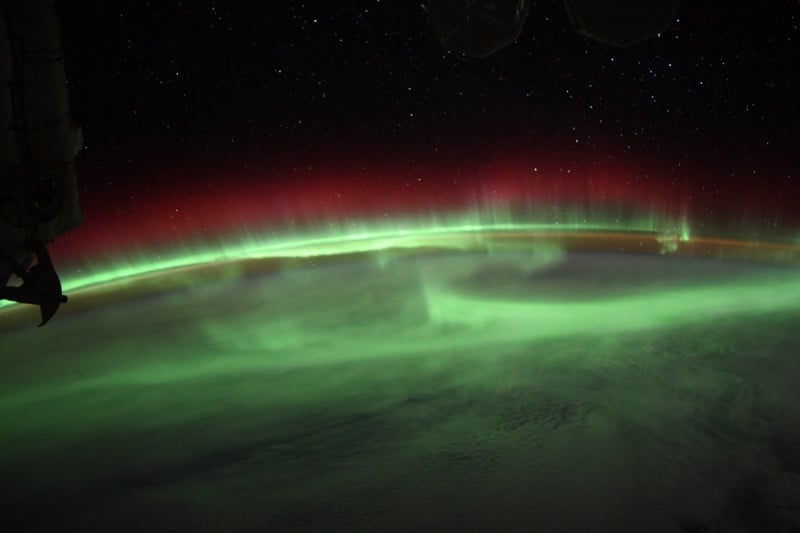 NASA astronaut Bob Hines photographed the aurora from the International Space Station (ISS) capturing a spectacular image of the magical lights dancing on the Earth’s surface.

An excited Hines posted a Tweet yesterday and made special mention to the specific atmospheric conditions that allowed him to capture such wonderous photos.

“Thankful for the recent solar activity resulting in these wonderful sights.”

In one of the photos, there are light streaks that appear against the darkness of space which Hines explained to one of his Twitter followers are actually reflections from the station’s solar arrays.

A geomagnetic storm created by eruptions from the Sun is producing colorful northern lights and is expected to dazzle this week, even reaching the northern tier of the U.S. 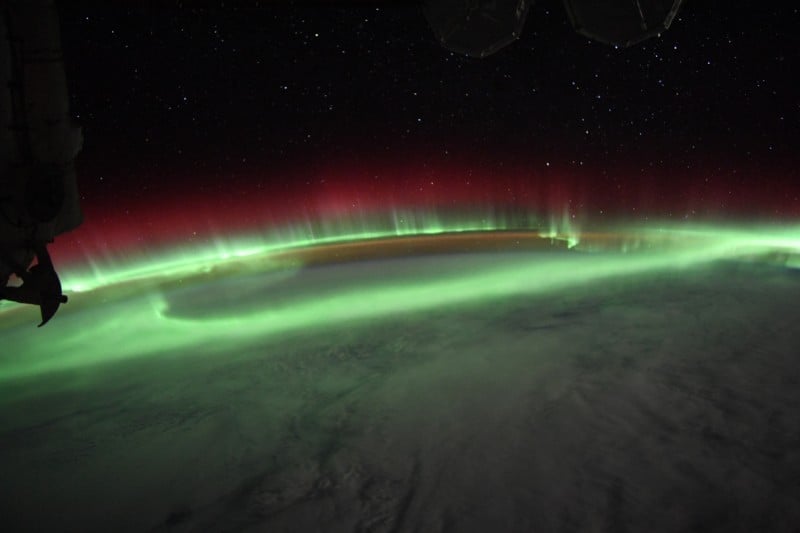 The light has been generated after the Sun hurled enough charged particles towards our planet to produce a moderate or G2-class storm, according to SpaceWeather.

This is known as a coronal mass ejection, and because the particles have an electrical charge, Earth’s magnetic field attracts them. 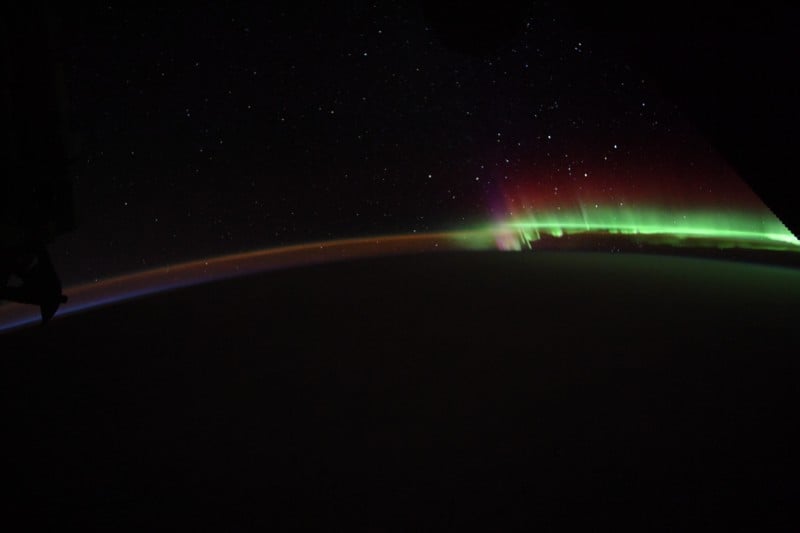 Recently, the Sun has unleashed many solar flares, with intense bursts of radiation arising from the explosive releases of magnetic energy. These outbursts can cause issues to spacecraft and communications.

The current solar cycle is an active one. Despite causing pretty scenes, such as bright auroras, wild space weather is expected that has the potential to disrupt electrical systems on Earth.

Hines got to enjoy the aurora lights from aboard the ISS, some 200 miles above the surface of the Earth.

In those bright nights around the full Moon you can see features on the planet surface even at night. From the Cupola the view is “upside down” – flying above clouds feels like looking up at the sky from Earth. Cloud gazing and stargazing at the same time! https://t.co/NyB2TQ7oIu pic.twitter.com/i7eXdO4RtE

His fellow astronaut, Samantha Cristoforetti, who belongs to the European Space Agency (ESA), also captured an amazing “upside down” photo from aboard the Cupola, an ISS module, with the aurora in situ.