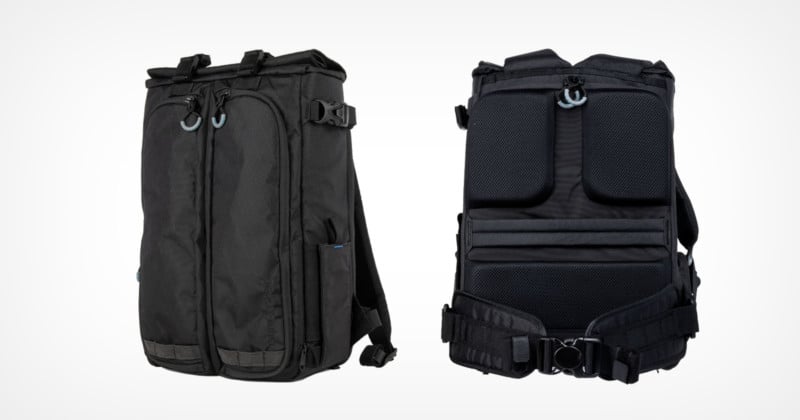 Gura Gear has announced the Kiboko City Commuter 18L+ backpack, a bag that rides the line between a day-use commuter and a dedicated professional camera backpack.

The company says that it set out to make a reliable, tough, and comfortable back that still remained lightweight. As far as its designers were concerned, that bag did not yet exist, and so the Kiboko was born. Gura Gear says it was made to be the “ultimate” backpack for creatives on the move. 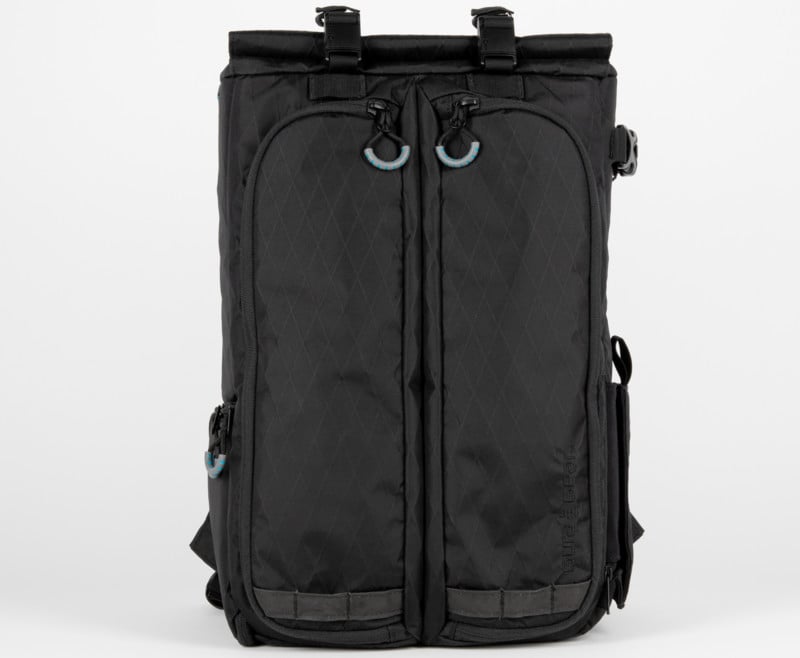 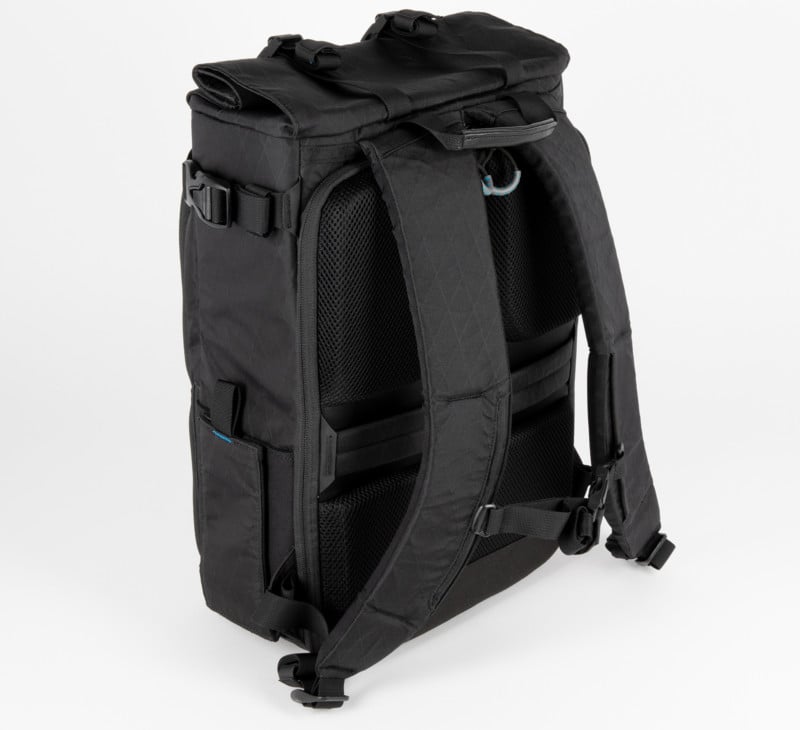 Gura Gear puts significant value in its standard features, which it says already outperform the standards of its competitors. All its bags use the X-Pac fabric — the same material that Peak Design recently included in a special edition version of its Travel Backpack — and use YKK high-quality zippers with custom pulls. Gura Gear bags also have a fully customizable camera storage compartment, high visibility blue lining, ultra light-weight construction, and are stress tested to be the toughest bags on the market.

Beyond those basics, the Kiboko City adds a roll top, which is a first for Gura Gear, as well as aside panel camera access, a magnetic hiding water bottle side pocket, a center channel tripod holder, high-quality shoulder straps, and Fidlock magnetic fasteners. 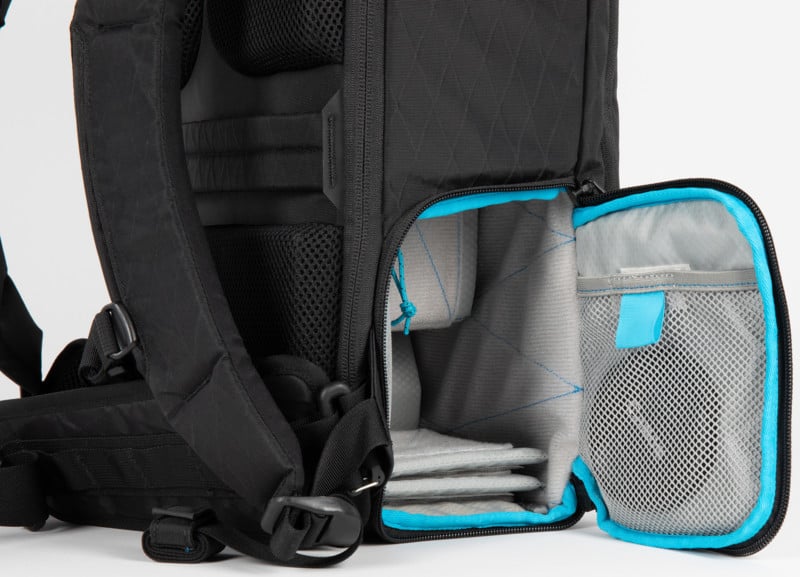 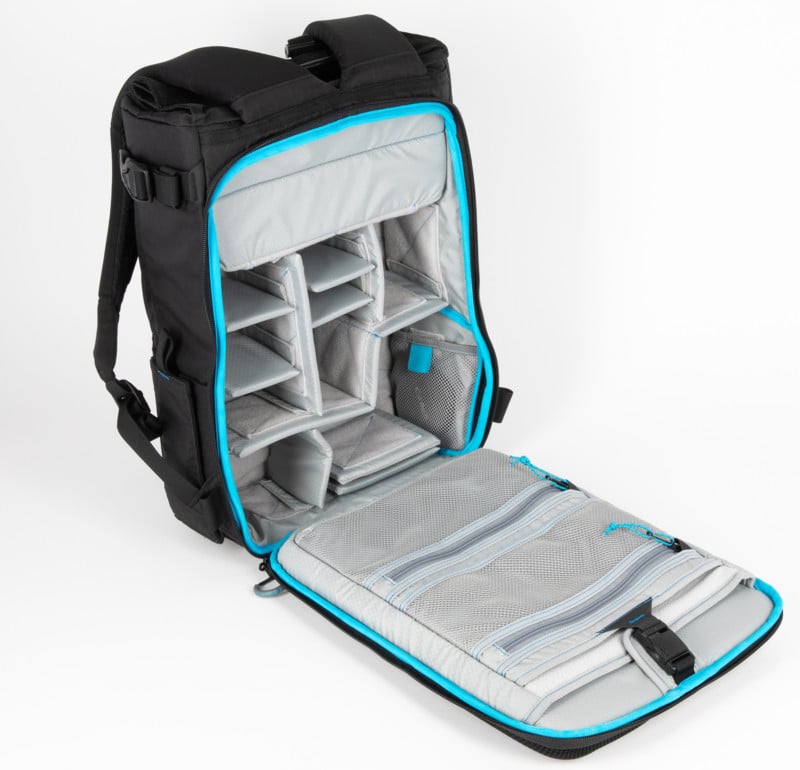 The company specifically emphasizes the shoulder straps as more comfortable than its previous models, and promises that no amount of weight in the bag will compromise the ease and comfort of carry.

While the backpack is an 18L, it can expand an additional 4L thanks to the roll-top addition. And while the bag is technically smaller than other bags it competes against, Gura Gear says that its Kiboko City Commuter can actually hold more equipment due to a smarter use of space. While it can hold a large assortment of camera gear (though it is not deep enough to accommodate larger cameras like the Z9) it can also secure up to a 16-inch MacBook Pro and at the same time an iPad Pro 12.9-inch. 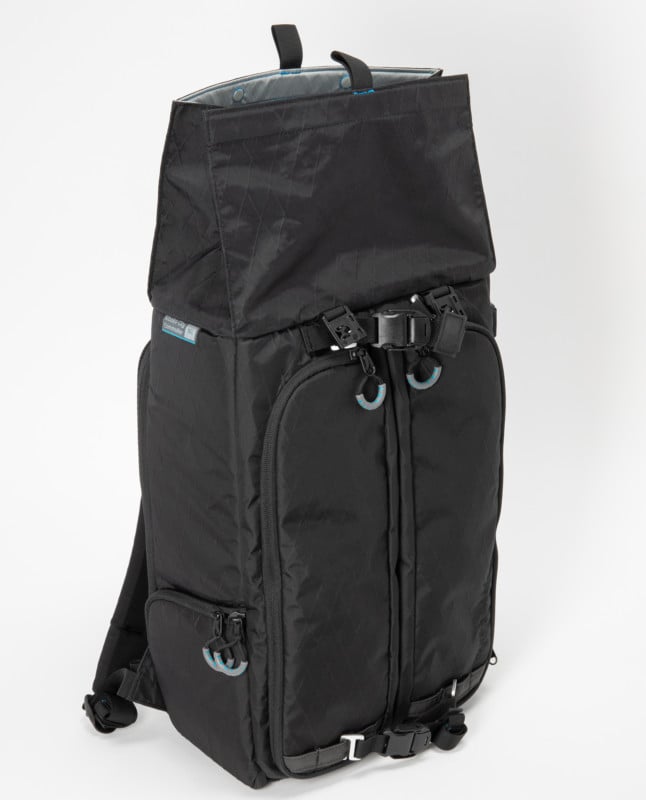 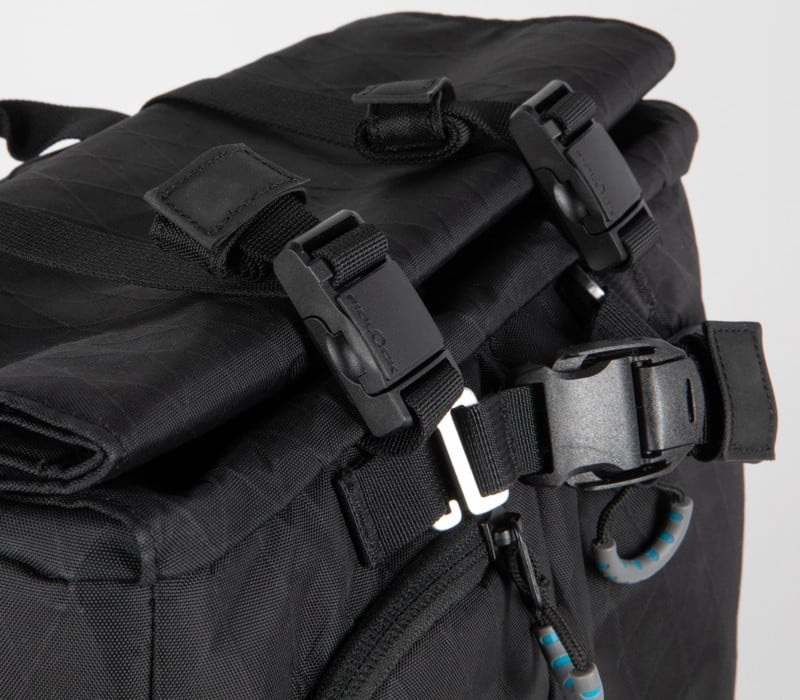 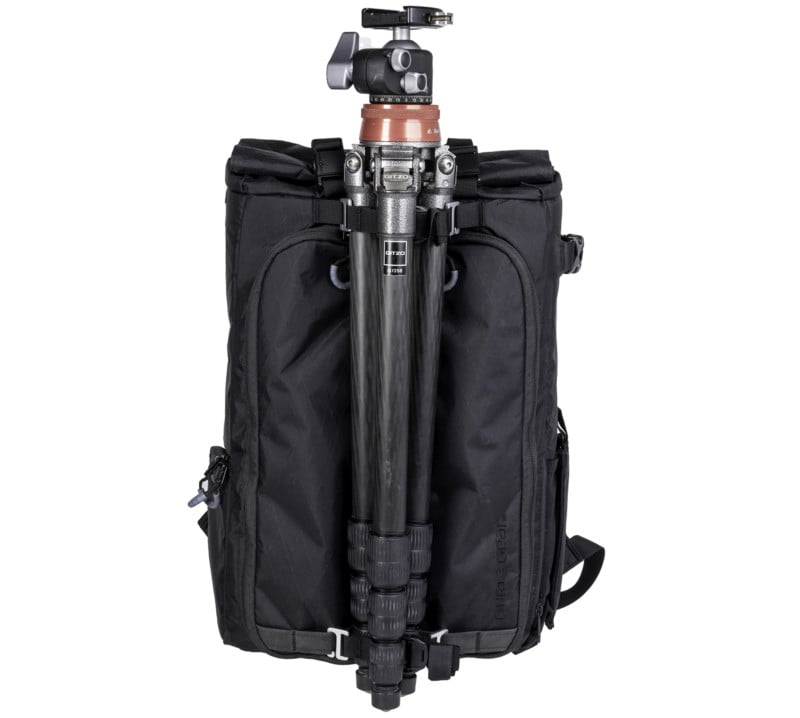 While the Kiboko City Commuter offers side panel quick access, the main compartment is a rear-loading design, another first for Gura Gear. The backside of the pack holds several pockets and one even includes an RFID shield to keep private information private.

The Gura Gear Kiboko City Commuter can be backed on Kickstarter starting at $229. The company intends to ship bags by October.