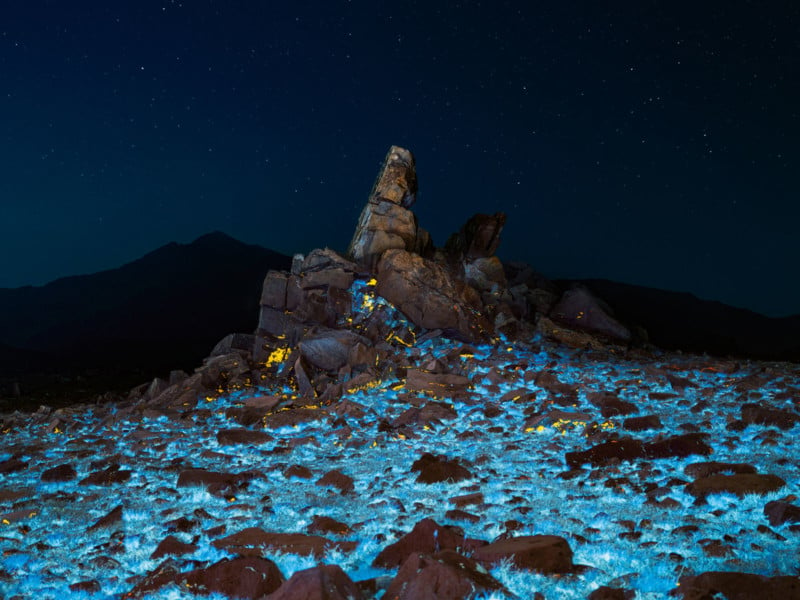 Photographer Cody Cobb has a knack for shifting the perception of a familiar landscape photo into an entirely new experience. His ongoing photo series Spectral takes viewers through environments that feel like something out of science fiction.

In Spectral, spotted by Colossal, Cobb morphs the American West into a sci-fi dreamscape, by using a trick of the light —UV light to be exact—to create alien-like terrains and micro lifeforms. From focusing on desert flora, ravines, and jagged peaks, Cobb masterfully projects UV light to reveal an invisible spectrum of colors and bacteria that is not only luminescent but otherworldly. The effect is striking and pays a brilliant homage to Sci-Fi culture. 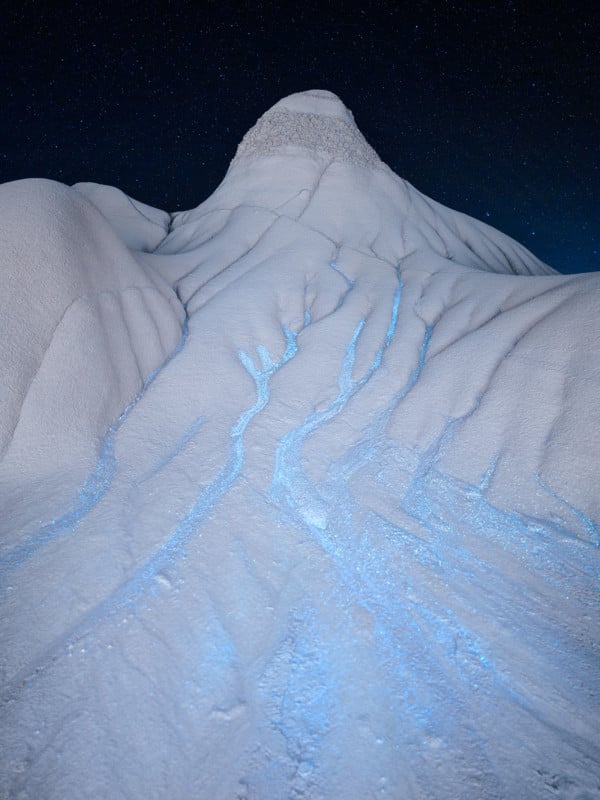 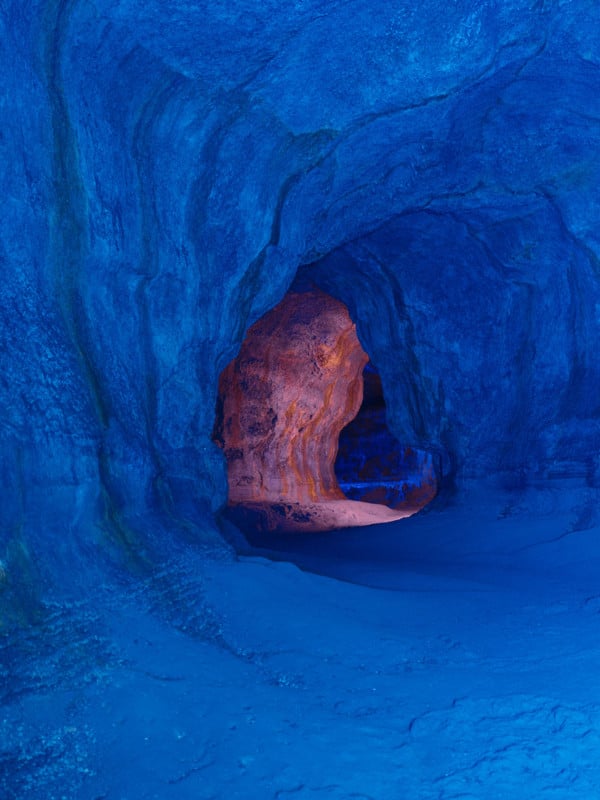 “I have an entire lifetime of sci-fi obsessions that I draw from, I can’t seem to escape it! Fantastic Planet and Liquid Sky are two strange films that immediately come to mind with this work,” Cobb says, speaking to PetaPixel. 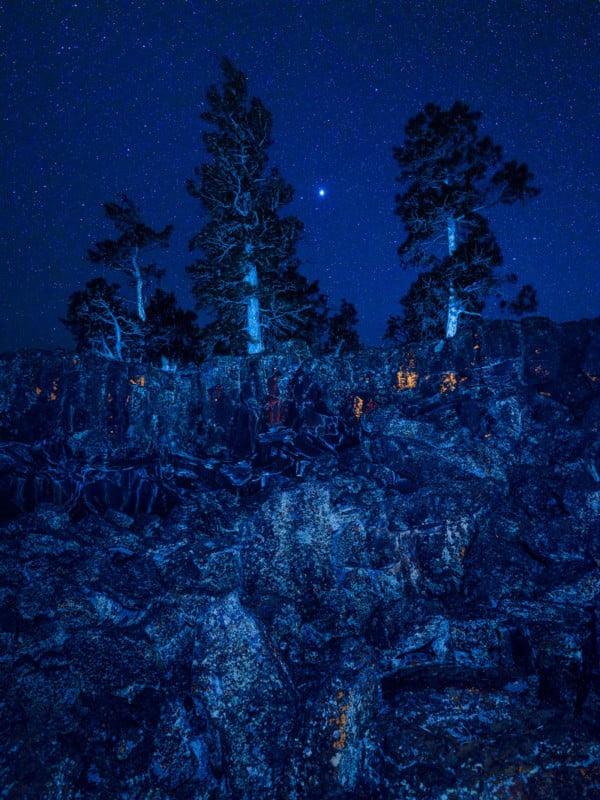 For the past 10 years, Cobb has been capturing the experiences of solitude in the wilderness of the American West, but now with the use of UV light, he is capturing some new perspectives of the region.

“Roaming these wild places with a UV light and learning what fluoresces and what doesn’t has given me a new way of observing my surroundings. I feel like I’m able to reach out and provoke some sort of response from the rocks and vegetation around me,” Cobb explains. The ghostly and eerie effect mystifies and intrigues him, while simultaneously encouraging his nocturnal practice of traveling to and discovering terrains that could be reimagined with UV light.

“Over the years, I’ve become more and more of a nocturnal photographer who uses artificial light as a way of controlling the scenes I’m trying to create. Working in darkness has given me the ability to experiment more and experience an even deeper sense of isolation in remote places,” he says. “My biggest challenge was to find a way to capture this strange phenomenon in my own voice. Combining long exposures of visible light using LED tube lights with a high-powered UV flashlight started allowing me to give shape to this alternate world I was experiencing late at night in the middle of nowhere.” Becoming a nocturnal animal can take its toll, and Cobb continues to navigate the physical and even spiritual aspects of his presence in the wilderness.

“Another challenge when creating this series has been sleep deprivation. I’m out until 3:00 or 4:00 in the morning, night after night. I sleep in a tent or in my car and automatically wake up when it’s daylight […] I think this psychological state has an effect on the work I’m making. The nocturnal world seems even stranger when you’ve been denied proper sleep,” Cobb says. 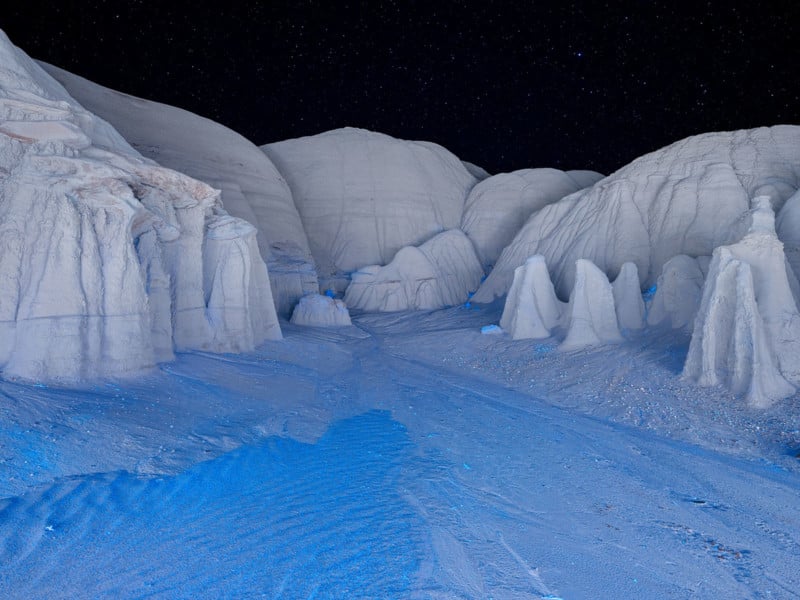 “I’ve always struggled to describe my relationship with the wilderness,” he continues. “My presence in these places often feels like a disturbance, to be honest. Despite years of spending as much time as possible outside, I’ve never felt entirely comfortable out there (especially alone at night).” 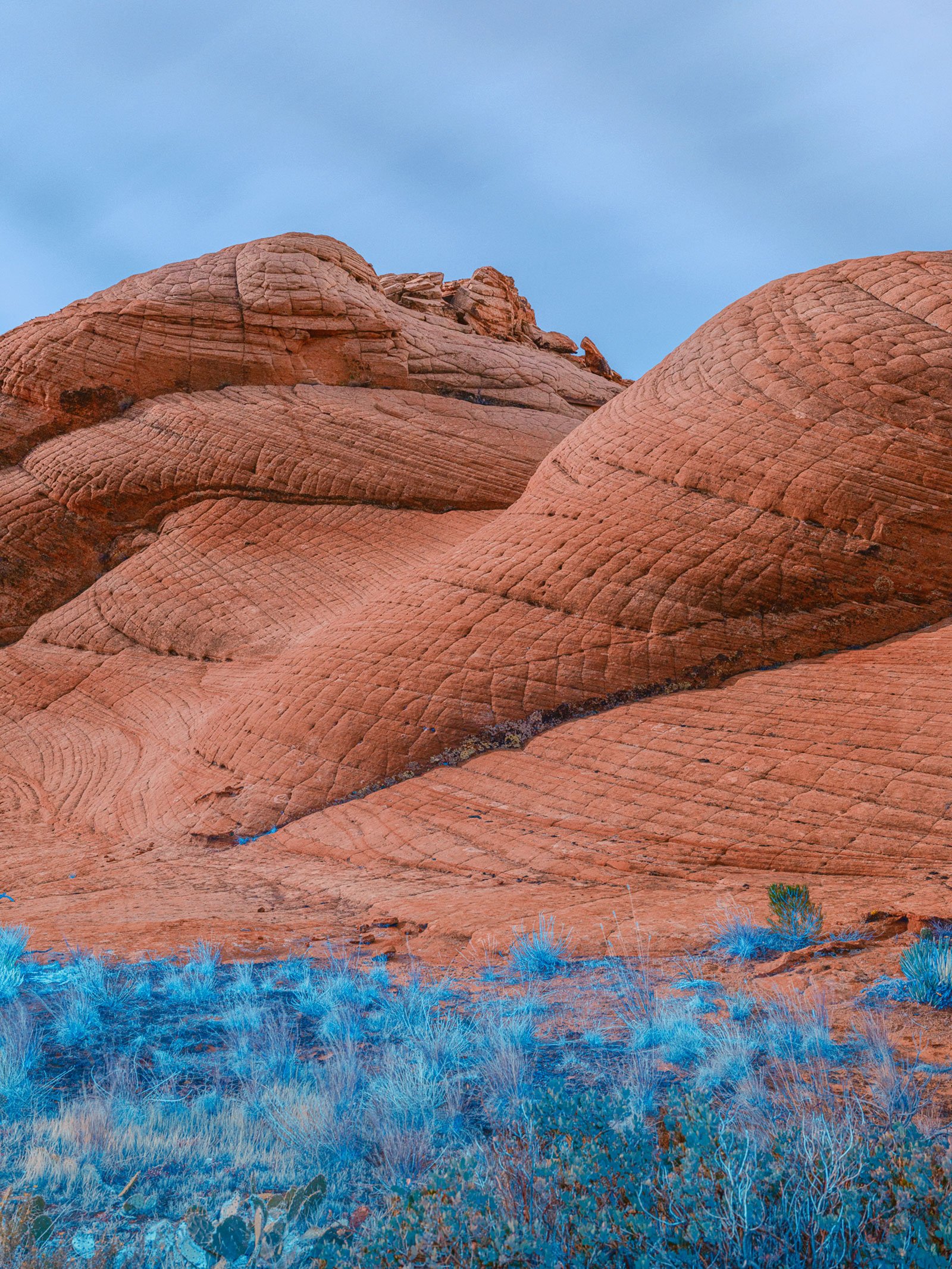 The moods of each photo in the series seem to tell a story, or simply set the imagination adrift. Some appear as if looking through the eyes of a nocturnal animal, while other shots appear akin to the vibrant, retro-like snapshots of science fiction novel covers. There is also a subtle sense of movement to Cobbs shots, from glowing fungi that could pulsate, cracked boulders that resemble hatching alien eggs, to dry hills that pop with color, heat waves, and luminosity — it’s all rhythmic and hypnotic. 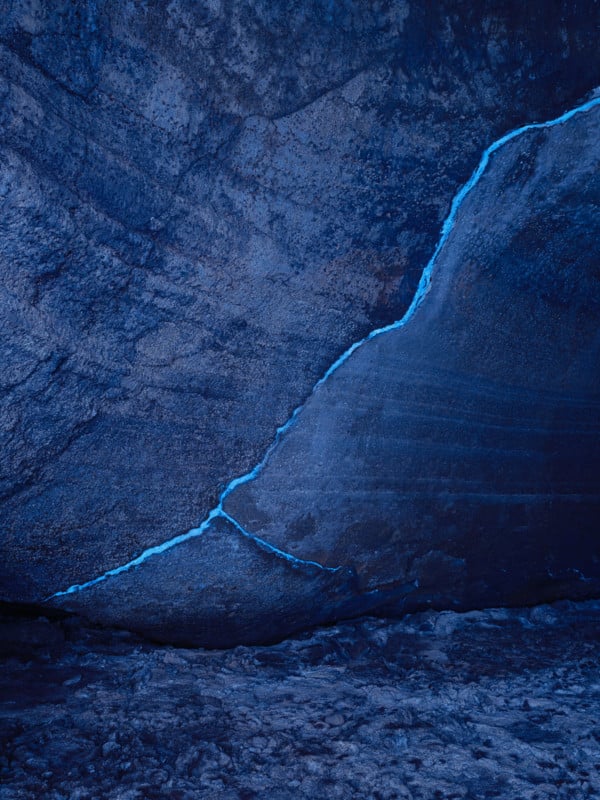 Looking to the future, and due to the positive feedback of his shared work online, Cobb is shifting his life to allow more time for photography.

“I’m grateful to have the opportunity to do something I love and to have it resonate with people who have similar relationships with the outside world.” 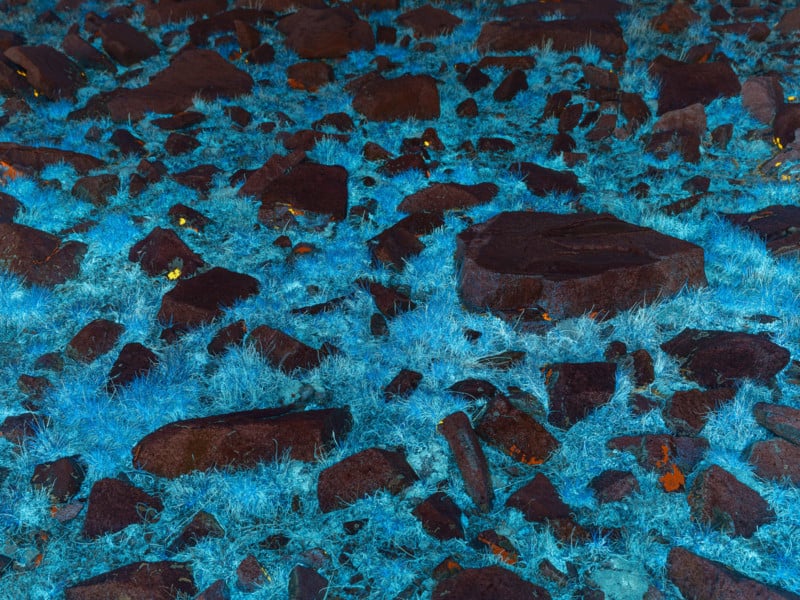 For more from Cobb, make sure to visit his website