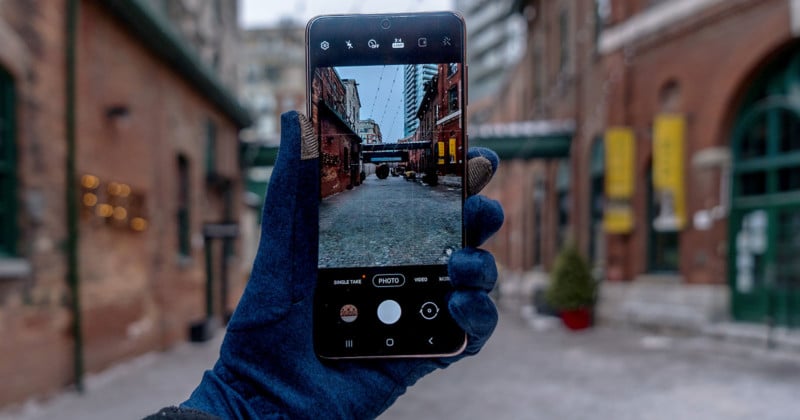 Samsung has launched a new “repair mode” for its Galaxy S21 phones that keeps photos and data hidden from repair technicians and assures privacy.

While only available in Korea for now, the feature assures that personal data on the mobile device is not readable by repair technicians and remains secure even when it is out of a user’s hands, SamMobile reports. Previously, the best way to prevent repair technicians from looking through personal photos and other data was to back up the device and then revert it to factory default settings. After the phone was repaired, a user could then restore it from that backup.

But with the new Repair Mode feature, that process is far more streamlined and easier. A user can execute “Repair Mode” in the “Battery and Device Care” menu in the “Settings” of a compatible smartphone, which at the time of publication was only the Galaxy S21 series. Once a device is placed in Repair Mode it will reboot and upon restart, no one can access personal data such as photos, messages, and accounts and can only use the default installed apps.

“‘Repair Mode’ is a function that allows you to selectively disclose data when repairing a smartphone, and fundamentally blocks concerns about access or leakage of personal information that may occur during the repair process through some private companies,” Samsung explains, machine translated from Korean.

After the smartphone is returned to the user, the Repair Mode can be disabled and rebooted back to its previous state through pattern or fingerprint recognition.

Samsung is first introducing the Repair Mode through software updates to the Galaxy 21 series phones but says that it plans to expand the feature to other models in the future. It also would make sense that Repair Mode will be available in future hardware releases.

The smartphone company says that it has been working to increase the number of features that makes it easier for users to protect and secure sensitive personal information. For example, Samsung says that last year it added the “Samsung Knox Vault,” an information protection technology that blocks various attacks by storing encrypted personal information locally.