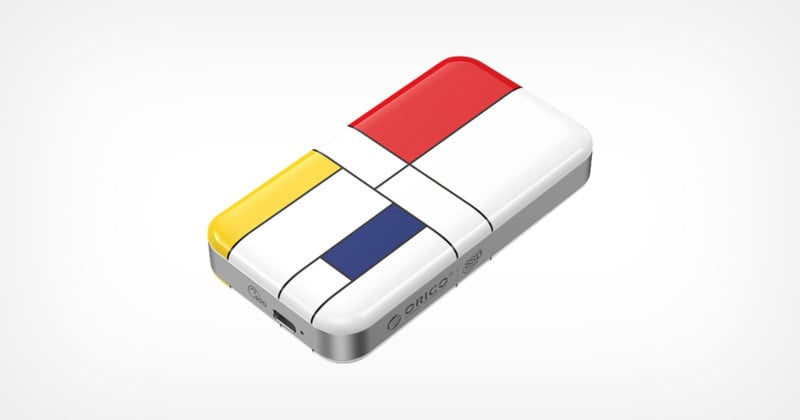 Orico has announced the Montage High-Speed Portable SSD external drive that supports USB-4 and is capable of transfer speeds of up to 3,100 MB/s and sports an aesthetic that draws from Piet Mondrian’s famous work Composition with Red, Blue, and Yellow.

Shenzhen Orico Technologies is a Chinese storage company established in 2009 that has historically focused on larger storage enclosures and enterprise-grade NAS. It has expanded beyond that with a more consumer-friendly product in the pocket-sized Montage SSD. 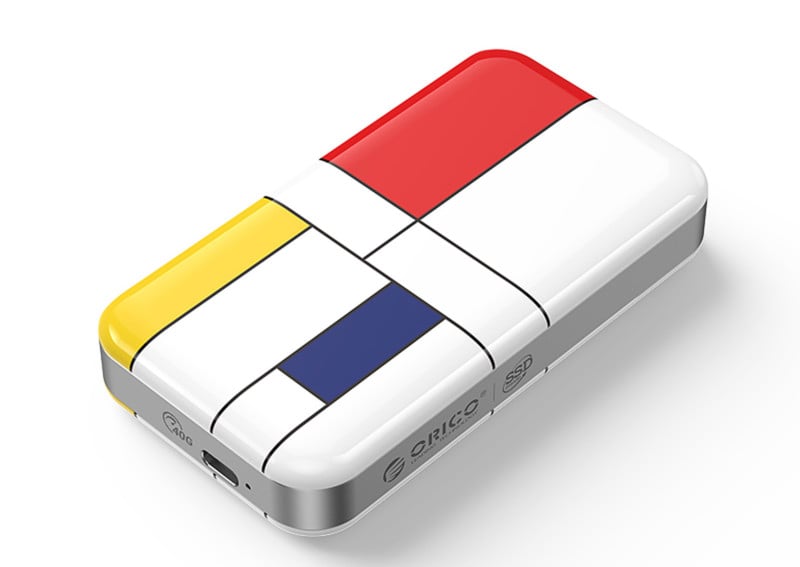 USB-4 was initially specified in 2019 as the next generation in USB performance and is based on Thunderbolt 4, but it has not yet been widely adopted by component manufacturers. It incorporates a two-lane operation of existing USB Type C connections and is capable of up to 40Gb/s of bandwidth. It is also downward compatible with USB-3 and Thunderbolt 3 devices.

Orico says that the Montage USB-4 Portable SSD Drive (spotted by Amateur Photographer) adopts the IML process used in car manufacturing and the company claims this keeps the drive robust and long-lasting. Orico also says this small external SSD is widely compatible with macOS, Windows, and Linux platforms, as well as capable of acting as an external drive for Android platforms. 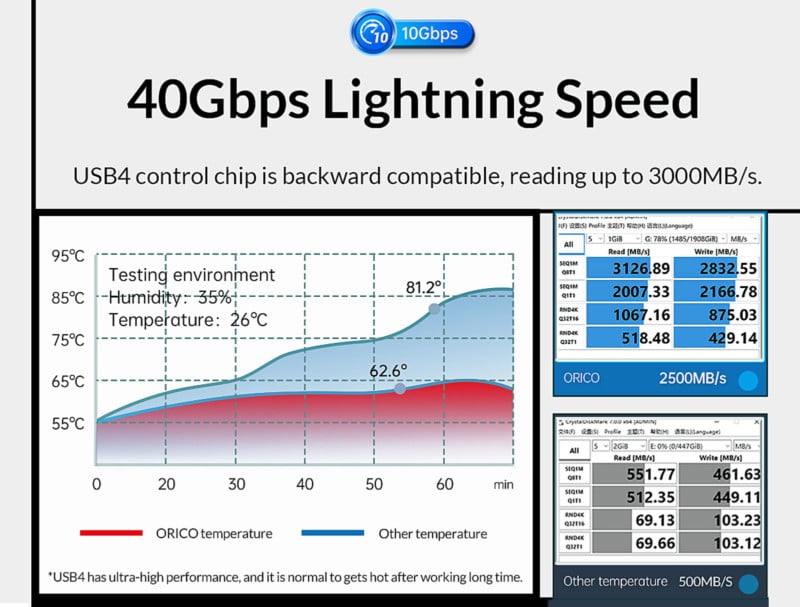 Orico’s website throws out a lot of numbers, but the most important ones to consider for actual performance expectations are the maximum transfer rate of 3,100 MB/s using USB-4 and up to 2,060 MB/s through USB 3.2 Gen2x2.

The company says that thanks to these high speeds, the Montage is ideal for smooth and efficient video editing and can handle the necessary transfer speeds for ultra-high-definition video files. The enclosure also has a thermal fin heatsink which the company says keeps the drive cool by wicking away heat during long data transfers. 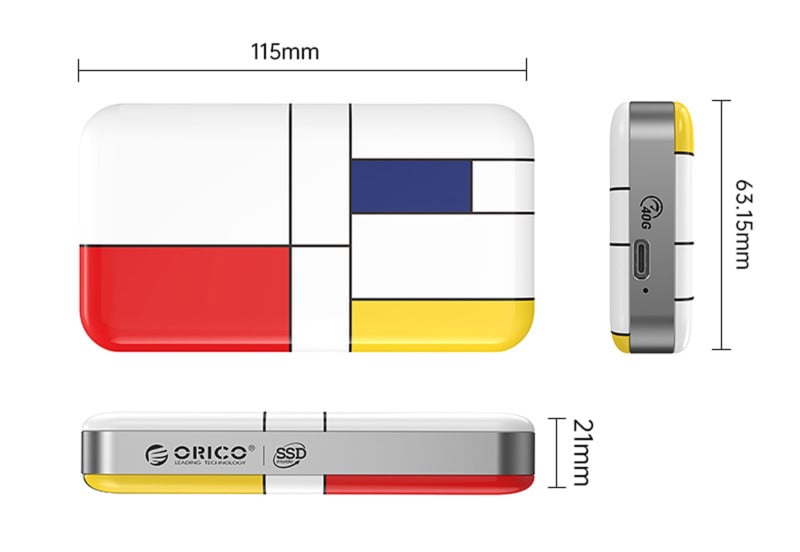 The drive is encased in a Zinc Alloy and ABS plastic portable SSD enclosure, which is painted in the modernist style of Dutch painter Piet Mondrian and his Composition of Red, Blue, and Yellow which was created in 1930.

The company does not state pricing or availability for the Montage SSD on its website, but a listing on Amazon shows a previous 512GB version that retails for $126. No information on the newer USB-4 options with higher capacities was available at the time of publication.