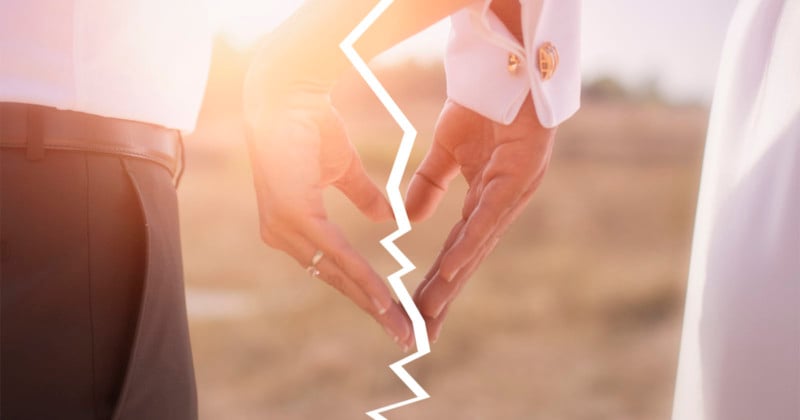 A wedding photographer has sparked a lively discussion online by sharing three things photographers see at weddings that may indicate that the new marriage will not last.

“One time I was shooting under this wedding photographer and they told me they can always tell if a couple will last or not, based on three things,” Herrington says. “Mind you, this photographer has been in the industry for 10 or 15 years, so I was really interested to hear their theory on this.”

Here are the three indicators observed over the years by the seasoned photographer:

#1. Posing for Too Many Photos without the Other Spouse

“The first indicator is one of the spouses will like take more than three family photos without the other spouse,” Herrington says. “This one kind of makes sense to me just because you might get a few alone with your mom and dad, but to kick them out of more than three photos just seems a little suspicious.”

#2. Bridal Party Silence on One of the Spouses

“The second indicator is the bridesmaids and the groomsmen will avoid talking about the spouse when they’re getting ready or doing toasts,” the photographer says. “That’s typically because they don’t like them.”

#3. Not Spending Time Together at the Reception

“The last indicator is one of the spouses will spend more time with friends or family at the reception, rather than their spouse,” Herrington says.

Herrington’s video has received over 170,000 views and hundreds of comments. The majority of respondents seem to agree that these three signs are worrisome and could suggest that the new marriage is one of the roughly 50% that will end in divorce in the United States. Others point to their own marriages as evidence that these indicators are not always true.

“The comments are overwhelmingly in agreement,” Herrington tells Newsweek. “I’ve seen a few commenters say they disagree about one of the points and then explain why. I’ve even had fellow photographers comment and say they agree 100 percent with each sign.”

“Yep. My ex-husband didn’t spend time with me at the wedding and his groomsmen didn’t even say hi to me at all,” one of the top-voted comments states.

“I heard another photographer say if a spouse smushes cake in the other’s face, it’s a good indication it won’t last because it’s rooted in humiliation,” another commenter writes.

“Also a wedding photographer,” says another. “One indicator for me is when the couple [doesn’t] ‘whisper talk’.”

“It depends,” writes one commenter. “My husband didn’t even meet half my family until the wedding day, so there wasn’t that relationship between him and my family.”

“Married 30 years,” one comment reads. “Hardly saw him at the wedding. We are confident in each other. No need to cling!”