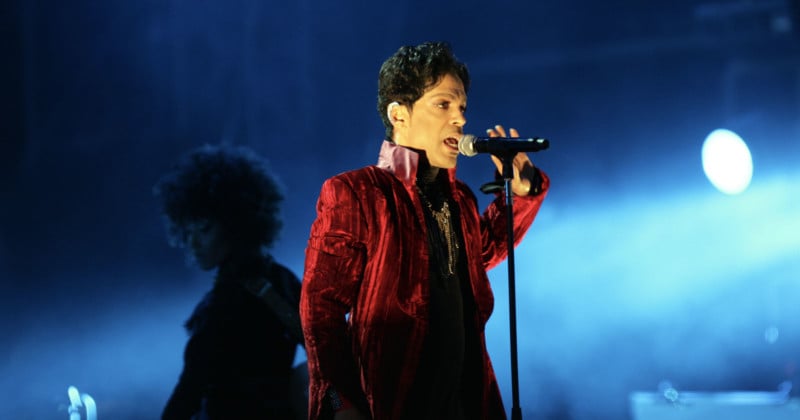 A longstanding dispute over the custody of photos of Prince made it to a federal appeals court last month after the late artist’s personal photographer claimed his images were illegally used and stolen by his collaborators.

Allen Beaulieu was Prince’s personal photographer for several years in the late 1970s and early 1980s, taking thousands of unique photographs of the musician.

Courthouse News Service reports that after Prince’s sudden death in April of 2016, Beaulieu planned to publish a book about the artist with collaborators, featuring more than 100 of his photographs.

The book project was abandoned in May 2016 after tensions arose between the collaborators, and shortly after all involved began a dispute over the use of the photographs for ventures outside the planned book and the return of the photographs to Beaulieu, who says he alone holds all rights to them.

In October 2016, Beaulieu sued Clint Stockwell, a chief image artist involved with the book; Thomas Crouse, a copyrighter; Charles Sanvik, an investor for the project; and Stockwell’s company Studio 1124, based in Minneapolis.

Beaulieu alleged that the defendants had delayed for months in returning his photos and still have some of them. The photographer claimed that they had tried to use the photos for a slideshow gallery and other purposes outside the book without license, and scuttled Beaulieu’s dealings with a European publisher by illegally hanging onto the photos.

U.S. District Judge Donovan Frank in Minnesota granted summary judgment to both Sanvik and Stockwell in a pair of December 2018 orders, dispensing with all of Beaulieu’s claims. The judge said Beaulieu could not provide an accurate inventory of how many photos were given to the defendants but not returned and any use of the photos outside the planned book was something Beaulieu was aware of and implicitly licensed, and he cannot prove harm in any case.

Beaulieu sought to revive his lawsuit before an Eight Circuit panel on June 16 in the United States District Court for the District of Minnesota and alleged that his photographs had been “stolen” by his collaborators.

U.S. Circuit Judges on the appeals court panel indicated at the close of arguments it would issue a decision in due course.

The news comes as the US Supreme Court is set to hear another years-long dispute over Andy Warhol’s use of photographer, Lucy Goldsmith’s image of Prince in 2022. The court’s ultimate ruling will have a massive impact on the visual arts community with regard to fair use.