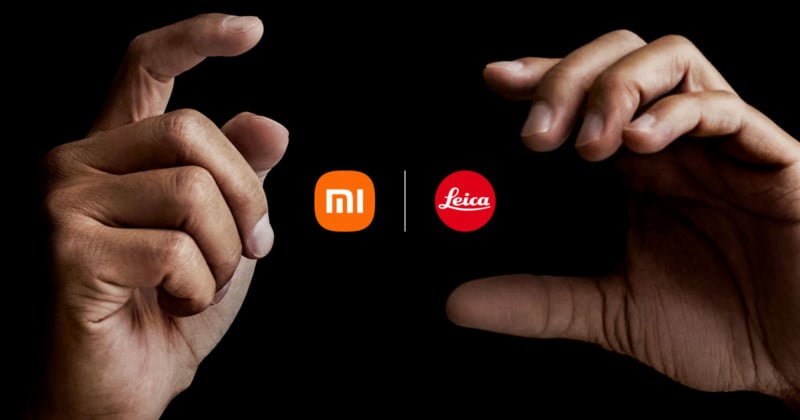 Leica has teamed up with Xiaomi in a new long-term strategic partnership to create smartphones, the first of which will launch later this year.

As can be inferred from the image the company uses to commemorate the partnership which shows an invisible smartphone, there isn’t much in the way of details on the announcement, though some are suggesting that the first phone to feature the partnerwhip will be the Xiaomi 12 Ultra. Centered around the new Qualcomm Snapdragon 8 Gen 1 processor, rumors say to expect the 12 Ultra to have a 1/1.1-inch 50-megapixel IMX800 main camera with ultra-wide, wide, and periscope zoom lenses.

Leica’s previous partnerships included a five-year marriage to Huawei, but after the U.S. Government placed a ban on all Huawei phones coming into its market, Leica left that deal in 2021 and recently produced a phone in partnership with Sharp in the Leica branded Leitz Phone 1 and Aquos R6. The Leitz Phone 1 was sold exclusively in Japan under Softbank and was essentially a reconfigured Aquos R6 which featured a 1-inch image sensor and a custom user interface that promised a “true Leica experience.”

Xiaomi and @leica_camera have officially reached a global strategic partnership in mobile imaging.

Combining the legendary image and innovative technology, let's look forward to a new era of mobile photography in July! pic.twitter.com/GyFut9ZTlg

Leica seems ready to move on to a new long-term deal, however, and has hitched its horse to Xiaomi.

“It is an honor to announce the long-term strategic cooperation with Xiaomi”, Leica Camera AG CEO Matthias Harsch says. “We will provide consumers in the field of mobile photography exceptional image quality, classic Leica aesthetics, unrestricted creativity, and will open a new era of mobile imaging.”

Whether the deal between the two companies is merely Leica loaning its brand name to an existing design with some software filters and tools or an actual hardware development of a smartphone camera that can meet the goals set forth by the partnership has not been revealed.

If the deal is similar to the one made with Huawei, it will likely be a licensing arrangement for the use of Leica’s brand name and select Leica filters and effects. Xiaomi CEO Lei Jun did add in the statement, however, that the cooperation involves “optical design as well as tuning aesthetic orientations.”

This is a similar claim that OnePlus and Oppo make with their Hasselblad partnership.

“Xiaomi and Leica share the same ideas regarding mobile imaging”, said Jun. “Xiaomi focuses on creating the ultimate user experience, and has always hoped to explore the capabilities of smartphone photography to the extreme.”

The first smartphone is scheduled to be announced in July.