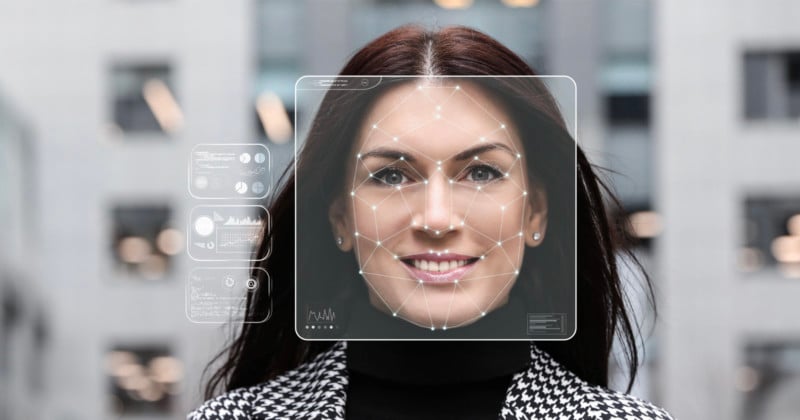 In a major victory for privacy advocates, Clearview AI has been permanently banned, nationwide, from making its facial recognition database available to most businesses and other private entities.

Clearview AI recently announced that it was on track to have 10 billion facial scans in its database within the next year, which was enough to ensure that almost everyone on the planet could be identified through its system.

“These images — equivalent to 14 photos for each of the 7 billion people on Earth — would enable covert and remote surveillance of Americans on a scale unlike anything seen before,” the ACLU says.

Thanks to a legal settlement filed in Illinois, Clearview AI has agreed to a new set of restrictions on who has access to its large database of faces that it scraped from the internet over the last several years.

According to the ACLU, even though the case was centered on the Illinois Biometric Information Privacy Act (BIPA), the central provision of the settlement permanently bans Clearview AI from making its faceprint database available to most businesses and other private entities. The company will also cease selling access to its database to any entity in Illinois, including state and local police, for five years.

“By requiring Clearview to comply with Illinois’ pathbreaking biometric privacy law not just in the state, but across the country, this settlement demonstrates that strong privacy laws can provide real protections against abuse,” Nathan Freed Wessler, a deputy director of the ACLU Speech, Privacy, and Technology Project, says.

“Clearview can no longer treat people’s unique biometric identifiers as an unrestricted source of profit. Other companies would be wise to take note, and other states should follow Illinois’ lead in enacting strong biometric privacy laws.”

BREAKING: Today we reached a settlement with Clearview AI — a secretive face surveillance company claiming to have captured more than ten billion faceprints from people’s online photos across the globe.

This is a huge win.

The settlement agreement addresses six major areas. First Clearview will be permanently banned from granting paid or free access to its huge facial recognition database to private entities (including both private companies and private individuals) nationwide, subject to narrow exceptions contained in BIPA.

Second, Clearview will be banned from granting access to its database to any state or local government entity in Illinois (including law enforcement) for a period of five years.

Third, the company will commit $50,000 to pay for internet ads publicizing the ability for users to opt out of Clearview’s facial scraping program. Clearview is prohibited from using the photos people upload as part of this opt-out process for any purpose other than effectuating the opt-out program.

Fourth, Clearview will end the practice of offering free trial accounts to individual police officers without the knowledge or approval of their departments.

Finally, Clearview will continue measure to filter out photos that were taken or uploaded from Illinois over the next five years.

Clearview treated people’s biometrics as unrestricted sources of profit and ignored the danger that comes with tracking faceprints.

Today’s settlement with @edelsonpc and @ACLUofIL is an important step in defending our right to privacy in the digital age.

Clearview AI has been the center of controversy since it was discovered that it had scraped Google and Facebook to bolster its database and power its facial recognition technology. Both companies sent Clearview AI cease and desist letters in February of 2020. In the following weeks, LinkedIn, Twitter, YouTube, and others followed suit.

In May of 2021, multiple complaints were filed against Clearview AI across Europe, and in December, France ordered the company to delete its entire photo database of French citizens.