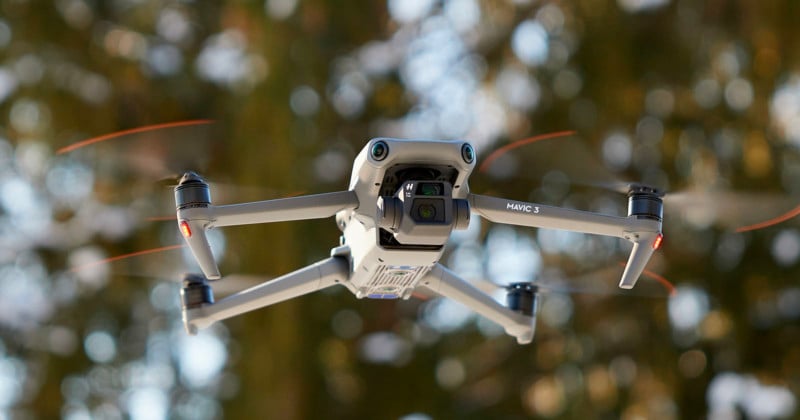 DJI says that it will cease sales of its drones to both Russia and Ukraine to prevent them from being used in combat. It is the first Chinese company to point to the ongoing war as a reason to halt sales in Russia.

“DJI abhors any use of our drones to cause harm, and we are temporarily suspending sales in these countries in order to help ensure no one uses our drones in combat,” a company spokesperson tells Reuters.

Reuters says DJI has been aware of footage online that suggested the Russian military was using its products, but had not been able to confirm these reports and added that it doesn’t have any control over who uses its products. Ukrainian citizens have been known to use DJI drones to help its military locate targets. The Ukrainian military has even gone so far as to use Facebook to call on citizens to donate their personal drones or volunteer as pilots to operate them and assist in the war effort.

In March, DJI was accused of directly assisting the Russian military or at least suppressing the capabilities of its AeroScope technology for Ukrainians. The company publicly denies it ever did so.

“These reports are false,” Adam Linsberg, the DJI North America Corporate Communication Director, said. “We are aware of problems with some AeroScope units in Ukraine; they may be connected to prolonged loss of power/internet. But there is no deliberate action to downgrade AeroScope there.”

“DJI continues to provide full global technical support and services, including our AeroScope Remote ID solution. We are working with customers to resolve some AeroScope malfunctions in Ukraine that we suspect are related to interim loss of power and/or internet services,” the company added in an official statement to the press.

Despite the public denials, the allegations continued and were even voiced by Ukraine’s Vice Prime Minister and Minister of Digital Transformation Mykailo Fedorov.

“In 21 days of the war, Russian troops has already killed 100 Ukrainian children. they are using DJI products in order to navigate their missile,” he said. “DJI, are you sure you want to be a partner in these murders? Block your products that are helping Russia to kill the Ukrainians!”

In response to the public outcry, German retailer MediaMarkt ceased the sale of DJI drones, forcing DJI to reiterate its denial of the claims.

Now, it appears that rather than fight with public opinion, DJI would rather step aside entirely.