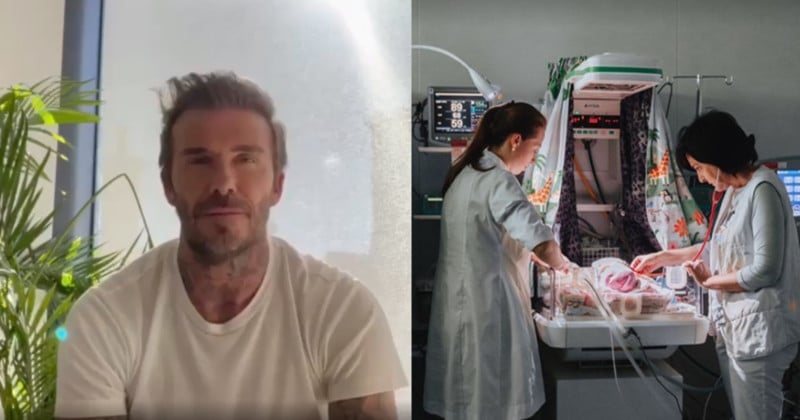 In an attempt to raise awareness of the critical conditions in Ukraine’s second-largest city, former professional footballer David Beckham handed the control of his Instagram account to a Ukrainian doctor working on the frontline.

Beckham has over 71 million followers on his Instagram account. To highlight the “amazing work” of frontline medical staff still operating in areas affected by the Russian invasion, Beckham, who is also UNICEF’s Goodwill Ambassador, handed over the reins of his popular Instagram account — he has more than 71.7 million followers — to Iryna, a child anesthesiologist and head of perinatal central in Kharkiv, Ukraine, Independent reports.

In a video shared on his Instagram, Beckham encouraged his fans to take a look at the work doctors do to save lives and thanked everyone who already donated to the cause which helped UNICEF deliver oxygen generators that help newborns survive in “appalling conditions.”

Using Instagram Stories on Beckham’s account, Iryna, who only goes by her first name, posted videos and photos showing what it has been like for the staff working on the frontline during Russia’s invasion of Ukraine and what challenges they face.

“Today I’m going to show you how we work in times of war and who we have become during these war days,” she says.

Iryna shows how on the first day of the war, pregnant women and new mothers were evacuated to a basement and the staff had to learn how to work in those conditions all while bombings and strikes were in full force. She says that her workday lasts 24 hours a day, seven days a week; she is at the hospital all day long, not only working as the head of the center and a pediatric anesthesiologist, but also helping with logistics, unloading cargo, and offering emotional support.

She also introduced a new mother Yana and her baby son Mykhailo who was born on the second day of the war with breathing problems. Although the baby boy is better now, the family can’t return home because their house has been destroyed.

Instagram takeovers are now an integral part of social media marketing. According to The Shelf, Instagram takeovers can create a sense of urgency around initiatives or products, boost brand awareness, and introduce the account to a new audience.

For example, following the deaths of George Floyd and Breonna Taylor, a number of celebrities like Selena Gomez, Lizzo, and Lady Gaga allowed organizations and activists to take over their Instagram accounts which have millions of followers to help amplify their message about social injustice, according to Elle Australia.

Similarly, after the success of these Instagram takeovers, the #ShareTheMicNow campaign was launched to “inspire white and Black women to work together and re-create the same actions on their own accounts to further the activism.”

The Stories created by Iryna can be found on Beckham’s Instagram page highlights.