Filmmaker Antoine Frioux is known for smooth, tracking shots of freestyle skiers. He usually uses gimbals to capture his footage but was given the opportunity to try replicating the footage with the DJI Ronin 4D.

This past December, filmmaker Antoine Frioux posted a behind-the-scenes clip on social media that shows his team filming skiers on a mountain at the Saint Gervais-les-Bains resort in the French Alps while using a DJI Ronin 2 that went viral. As a follow-up, his team got their hands on the DJI Ronin 4D 8K 4 Axis gimbal that uses a LiDAR focusing system to see if it could keep up with Frioux on the slopes.

While the Ronin 4D is not exactly designed for the elements found on a ski slope in the Alps, the goal of the test was to see just how it would perform at full speed while following and tracking a team of freestyle skiers. The results were pretty impressive. According to a story on the DJI blog, his team initially thought that the Ronin 4D would be unnecessary and maybe even overkill for his type of work, but once he got the system on the slopes it seems the results completely changed his mind.

According to Frioux, he immediately noticed the difference (and improvement) in sharpness and speed using the LiDAR rangefinder focusing.

“I understood right away that this was going to save me time in the mountains as you no longer need a dedicated operator to pull focus. The camera allows full autonomy with all the tools you need for work without needing four or five people involved,” he says.

From the footage shown in the video above, it is pretty clear to see the Ronin 4D performed very well despite the cold and bumpy environment, and it will be exciting to see what the Ivresse Films team are able to create with it moving forward. 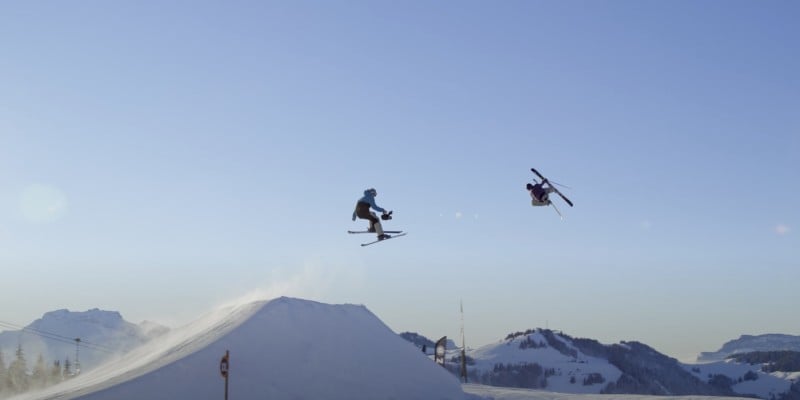 To see the rest of the projects Frioux and his team have worked on be sure to visit their Instagram and website.