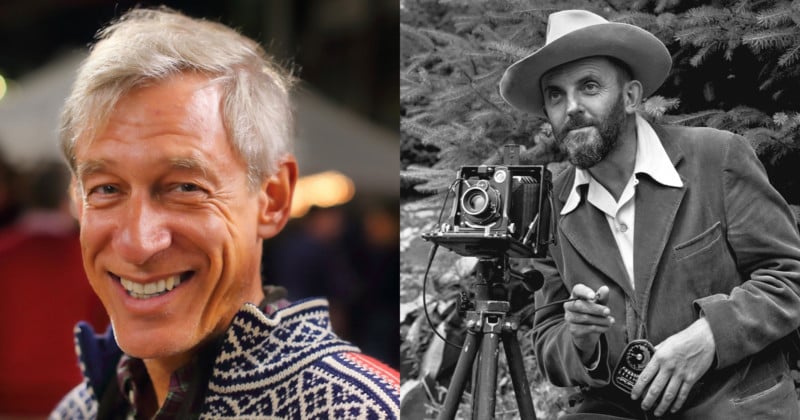 Levoy, an Adobe VP and Fellow, was recently elected to the National Academy of Engineering and was recognized for his work in computer graphics and digital/computational photography. In a recent interview with Adobe, Levoy was asked for his thoughts on the photography industry and one major aspect of it stood out: his argument that the concept of straight photography does not actually exist.

The Concept of Straight Photography

The term “straight photography,” sometimes referred to as “pure photography,” refers to the practice of depicting a scene in sharp focus and detail with a camera, which is in contrast to other methods of recording a scene like painting. Though found in use as early as 1904, the term became popularized by Alfred Stieglitz as a more “pure” form of photography than Pictorialism, another popular method of taking photos.

Pictorialism is a general idea of a photography aesthetic that is often described as having some level of manipulation involved in its production. The idea is that in Pictorialism, a photographer or editor is creating an image rather than simply recording it. Photos captured in the Pictorialist style were often, at least at the time, softer in focus on purpose so that they had more in common with Impressionist paintings. This style was popular in the mid-1800s but was seen in use through the 1940s.

Levoy was asked how he believed it was possible to balance technology that improves photography with an artist’s creativity and individual expression. He answered the question perhaps more broadly than the Adobe interviewer intended.

“There’s a myth in photography of the ‘straight photograph.’ Maybe the myth grew out of Ansel Adams and the f/64 club he founded in 1932. Similarly, cameras often have a processing option called ‘Natural.’ But there’s no such thing as a straight photograph, or ‘natural’ processing,” he says.

Levoy argues that the world has so much greater dynamic range than any photograph can reproduce and that a photographer’s eyes are adaptive sensing engines. What humans think they see depends on what is around them in a scene, which is why optical illusions work.

“As a result, any digital processing system adjusts the colors and tones it records, and these adjustments are inevitably partly subjective.” he continues. “I was the primary ‘tastemaker’ for Pixel phones for several years. I liked the paintings of Caravaggio, so Pixel 2 through 4 had a dark, contrasty look. Apple certainly has tastemakers — I know some of them.”

Levoy’s argument cuts at the heart of what many photographers like to point to as over-processing or heavy editing. If the photo is already subjective at the point of capture, arguing about how close to reality it is or isn’t feels less important. What should be important, he seems to argue, is the fact that photography is art it is and always will be subjective in some capacity from the second any camera captures the image.

“The key to artistic creativity lies in having control over the image. Traditionally this happens after the picture is captured. Adobe built a company on this premise. If you capture RAW, you typically have more control, so Adobe Lightroom specializes in reading RAW files (including its own DNG format),” Levoy says.

“What’s exciting about computational photography is that — far from taking control away from the artist, it can give artists more control, and at the point of capture. Pixel’s Dual Exposure Controls are one example of this — separate controls for highlight and shadows, rather than a single control for exposure compensation. Apple’s Photographic Styles, which are live in the viewfinder, are another example. This is just the tip of the iceberg. We’ll start seeing more controls, and more opportunity for artistic expression, in cameras.”

Levoy’s thought process can certainly be applied to digital photography but can be extended even to film photography. Different films provide different looks to the same scene, lending credence to the idea that all forms of photography can be considered under his argument.

The full interview with Levoy can be read on Adobe’s blog.