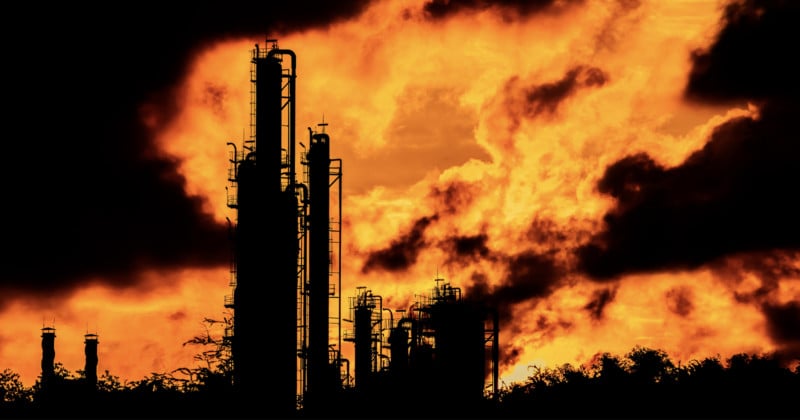 The Canon Institute for Global Studies, a Canon Inc. think tank, has come under pressure to remove multiple articles from a researcher who refers to the climate crisis as “fake news” and who has publicly called Greta Thunberg a communist.

Dr. Taishi Sugiyama has published multiple articles on the Canon Institute for Global Studies as well as written a book aimed at young teens that trivialize global warming and climate change. The Guardian reports that a fellow at the institute has called Sugiyama’s writings “indefensible” and the campaign group Action Speaks Louder has published a report that documents Sugiyama’s claims and calls them “dangerous.”

The Canon Institute for Global Studies

The Canon Institute for Global Studies (CIGS) is a private non-profit think tank that was established to commemorate the 70th anniversary of Canon Inc. in 2007. The Institute says it conducts various research activities in line with Canon’s corporate philosophy of “kyosei” — the idea of living and working together for the common good — with the aim of contributing to global prosperity.

“When considering Japan and the rest of the world, careful deliberation and analysis of the present is needed more than ever to ensure an accurate forecast of events far into the future,” Fujio Mitarai, the Chairman and CEO of Canon Inc. says.

“I hope that the Canon Institute for Global Studies will play an active role in shaping the future of Japan and the rest of the world by precisely plotting out future directions and visions, disseminating information, providing roadmaps, and serving as a venue for outstanding human resources with the sophistication and sensibility to substantively improve the world. We believe that through such activities, we can promote further development in Japan and on a global scale, and thus contribute to the ongoing prosperity and well-being of humankind.”

The Guardian reports that in articles on the CIGS website and other outlets, Dr. Sugiyama has used his affiliation with the think tank to argue that there is no climate crisis and rejects evidence documented around the world. Sugiyama has helped write multiple United Nations climate reports and his stance on the issue, which rejects evidence, has put his recommendations in the spotlight.

In November of 2021, Sugiyama wrote an article published on the CIGA website that says a speech from Swedish activist Greta Tunberg showed she had “turned from an environmentalist to a communist.”

Sugiyama has also authored a book that was published this year aimed at 15-year-olds that encourages them to question the science and findings of climate change. The Guardian says that his work is often published on conservative outlet Daily Will, and then republished on the CIGS website.

An Australian-based international fellow at the CIGS, Professor Jeffrey Braithwaite, told The Guardian that Sugiyama’s claims about climate science are “not defensible” and “deeply disconcerting.” CIGS provides its researchers a certain level of freedom akin to that of a university, but Braithwaite argues that what Sugiyama is doing goes beyond that freedom as it is not based on evidence.

“But this is so far outside the norm and is not evidence based,” he says. “It is clearly against the assembled evidence on global warming and the changing climate and its effects. It is not defensible.

“This does not sit comfortably with someone like me who has been actively trying to recognize and promote the science on global warming and to consider its effects on human health. We need to follow the science.”

Action Speaks Louder’s report says that because CIGS is publishing his articles, it is “promoting dangerous climate delay and denial.” The campaign group is demanding that Canon withdraw its support of the articles, which includes the aforementioned book.

The full report from Action Speaks Louder can be read on its website.

“Research Directors at the Canon Institute for Global Studies (CIGS) have labeled the climate crisis ‘liberal propaganda,’ praised far-right US Republicans for their awareness ‘that warming and climate crisis theories are fake,’ attacked environmental campaigns as ‘evil’ and termed climate activist Greta Thunberg a ‘communist,’” Action Speaks Louder writes in a blog post.

“Canon is a powerful company with the capacity to genuinely drive and inspire climate action amongst its millions of customers worldwide. We are calling on it to live up to its values and ensure the Canon Institute puts an end to climate denial and delay.”

Action Speaks Louder argues that Canon is at risk of damaging its reputation by allowing Sugiyama to continue to publish his articles and opinions that are not based on scientific fact, which is in contrast to the company’s stances on environmental sustainability.

When reached for comment, Canon told The Guardian that CIGS was a private, non-profit think tank that operated independently of the company and that it was not part of its business. It also, therefore, declined to comment how CIGS, Sugiyama, or its research were funded or if it reviewed any of the materials before they are published on its website.

The Guardian’s full detailed report on Sugiyama can be found on its website.