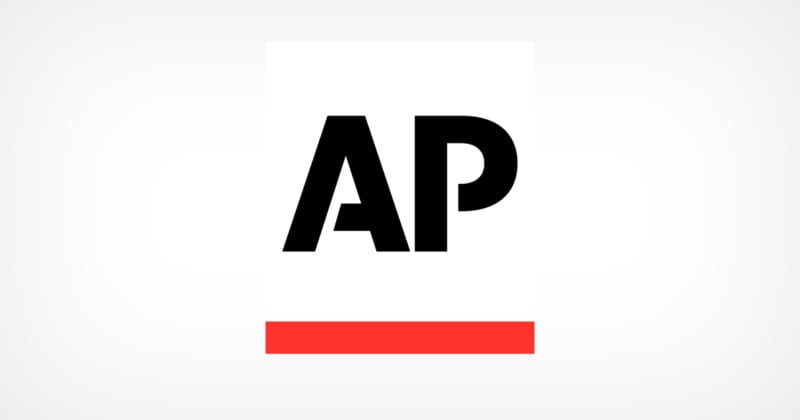 After significant backlash, the Associated Press pulled plans to offer a video of a boat overcrowded with migrants as an NFT. The situation has called into question the ethics of selling photojournalism at all.

AP NFTs and a Controversial Listing

After the success of its first foray into NFTs last year, the AP announced that it would launch a non-fungible token (NFT) marketplace where “collectors” can purchase select photos and videos from its archive of modern and historic photojournalism in early 2022. The platform, which was made in conjunction with blockchain provider Xooa, was launched on January 31.

On February 24, the AP published a tweet advertising a video of migrants “drifting in an overcrowded boat in the Mediterranean” that it planned to sell as an NFT. Online backlash against the video, which many saw as an attempt to profit on the suffering of others, was swift and strong. In response, the AP deleted the tweet and canceled the planned sale.

The Associated Press has deleted a tweet advertising an NFT that sure looked a whole lot like an attempt to make money off the plight of desperate migrants. pic.twitter.com/mZXu8r6rhe

“This is so far beyond the bounds of appropriate,” John Stanton, editor of the New Orleans news outlet Gambit, tweeted.

“How did this get all the way to execute without a single journo saying something,” S.I. Rosenbaum, another journalist, asked.

“This was a poor choice of imagery for an NFT. It has not and will not be put up for auction. The tweet promoting it was also deleted,” Lauren Easton, the global director of media relations and corporate communications at the Associated Press, tells The Guardian.

“AP’s NFT marketplace is a very early pilot program, and we are immediately reviewing our efforts. As a not-for-profit, AP’s mission is to inform the world with accurate, unbiased journalism.”

(2 of 2)
AP’s NFT marketplace is a pilot program, and we are immediately reviewing our efforts. As a not-for-profit, AP’s mission is to inform the world with accurate, unbiased journalism. That remains our primary focus.

The circumstances have led to a growing conversation about the ethics of selling photojournalism as NFTs at all.

The AP hosts an official Discord chat where its staff has been in direct communication with critics. Screenshots of those conversations have been captured by journalist Tony Webster and shared on Twitter.

As part of these discussions, the pay distribution of the NFT drops was shared, at least in part. The photographers whose work is being offered on AP’s marketplace have all opted in and are set to receive between 12% and 60% of sales, paid in cryptocurrency. For photographers who have passed away, their families have given approvals.

AP director says photographers have to opt-in to Associated Press NFT sales and they get a 12-60% cut of the sale, paid in crypto. But for photojournalists who have passed away, their family gave approval and it went to charity. pic.twitter.com/vszFHcPRVj

A major sticking point of the conversation is that the AP does not appear to have a written ethical standards guideline for NFT monetization, which many have taken to indicate that there is nothing to stop the organization from attempting to monetize the suffering of others again in the future.

Staff member for the AP’s NFT marketplace biz partner says they will not proceed with selling NFTs of the migrant video. AP staff member responds to my questions: “The NFT was selected for an upcoming drop, but never minted. We are listening to all the feedback we are receiving.” pic.twitter.com/8ErtdeU9B3

AP photojournalists see themselves acting in the public’s interest, and if photos taken by them are eventually sold as NFTs, the public may start to discourage being photographed to avoid having their images turned into a commodity. This point was brought up to the AP’s team.

“NFTs are digital commodities. Making money (even if it is reinvested in important photojournalism) off of images that are blatantly depicting human suffering strikes me as obviously unethical — it takes the very day arguments about photojournalist exploitation into a wild new realm where it is the digital equivalent of slapping it on the wall of an art exhibition with a large price tag affixed — but under the guise of something nobler,” one respondent on the Discord server, Peter Hoffman, says.

“It’s not — not how I see it at least. The image is important — it should be seen, but context is incredibly important and AP controls context to the extent of licensing and distribution. This is a matter of taste in the end, I suppose, but I cant’ figure how selling an image like this (as opposed to a feature picture carried by its aesthetic qualities or something with historical significance) passes muster,” he adds.

Someone asks if the AP’s NFT plans hurt the idea that AP journalists work in the public interest. They'd be discouraged from being photographed if they knew their image might be turned into a private commodity. The AP's response (Dwayne in screenshots) isn't satisfying them. pic.twitter.com/lfl7XXdwCh

“The credibility of on-the-ground journalists is a concern too, as noted — it’s not like things have gotten better for them in recent years.”

“Yes, for sure. We’ve spent years trying to figure out that challenge,” he says. “Context is fundamental, and that’s where we messed up on this image. I do believe blockchain tech can help[ real facts to become immutable. That’s another key driver for our work. For example, we’ve published election results onchain.”

The answer wasn’t particularly satisfying to those in the chat, and the optics of the entire situation were poor. To the latter point, Desaulniers agreed. Despite the long conversation, many who were engaging with the AP on Discord do not seem happy with the organization’s answers regarding the ethics and benefits of NFTs.

The Guardian writes that sales involving photojournalism, especially those that depict human suffering, are filled with pitfalls. The publication notes that Dorothea Lange’s Migrant Mother photo, which sold at auction in 2002 for $141,500, did nothing to aid the subject (Florence Ownes Thompson) and she later admitted that she felt exploited by the portrait.

While NFTs push that argument further and despite pointing out the problems with the practice, even The Guardian defends the push into the NFT realm as “essential” to outlets like it, even if this particular example was not the right way to do so. It says that it and the New York Times have dabbled in the space in order to compete with Google and Facebook by selling articles and some photography as NFTs through their respective online stores. This is, for the record, not the reason that the AP has given for its foray into NFTs.