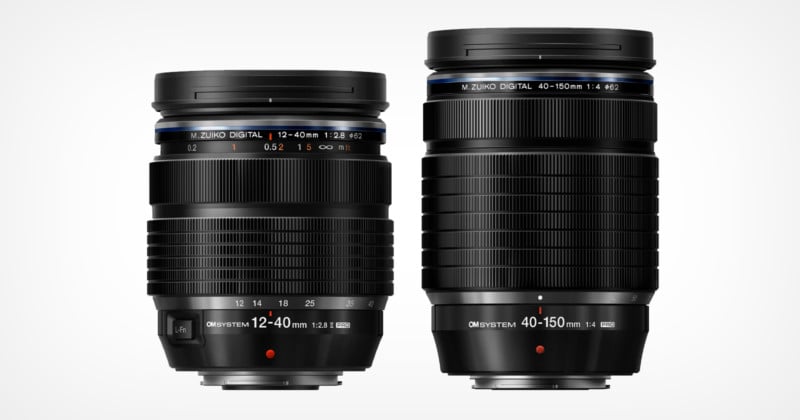 When paired with the new OM-1 camera, either lens creates the only IP53 camera system currently available that can withstand the second-highest level of dust protection currently rated as well as sprayed water. Both lenses can also operate down to -10 degrees Celcius, or 14 degrees Fahrenheit.

OM Digital says both lenses clear the IPX3 and higher splashproof tests, which it claims far exceed the conventional IPX1 rating, as well as dustproof tests. The two lenses also have a fluorine coating that repels water, oil, and dust as well as reduces friction that allows them to be easily cleaned with a blower or cloth. OM Digital says the optical arrangement can effectively compensate for aberrations that occur when zooming and results in high resolution from the center to the edges of the frame across the entire zoom range. The company also claims that the latest manufacturing techniques have allowed it to suppress surface scattering on aspherical lenses, which significantly reduces flares compared to conventional lenses, which results in a clearer end product. 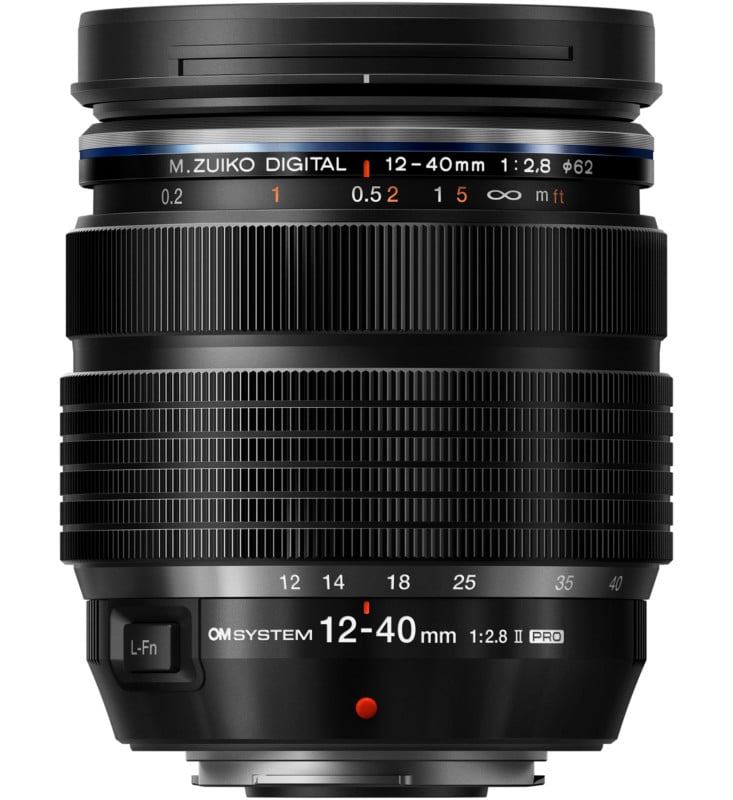 The lens can shoot up close (as near as 20 centimeters) with a maximum image magnification of 0.6x, which OM Digital says rivals half macro lenses.

The focusing system is driven by a lightweight unit that consists of two cemented lenses powered by a linear motor. This arrangement allows it to track accurately at up to 50 frames per second, matching the OM-1’s performance. 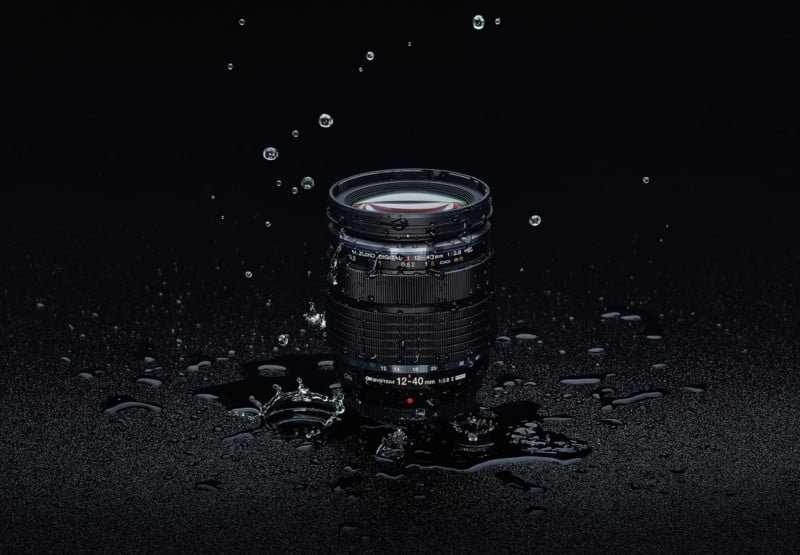 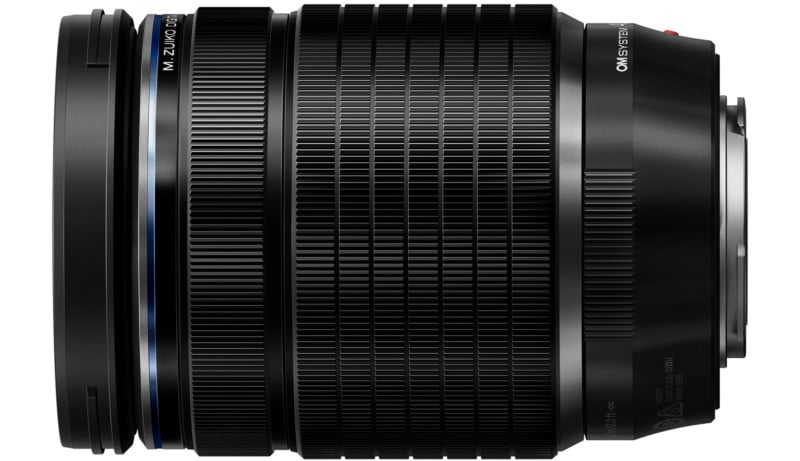 OM Digital is calling the 40-150mm f/4 Pro the world’s most compact, lightweight 300mm equivalent telephoto zoom lens with a fixed aperture value, which it can tout thanks to a retracting mechanism that compacts the lens when it’s not in use. It measures about 99.4mm long and weighs about 382 grams. It uses an inner focusing system that keeps the lens length the same across the entire focal length, suppressing center of gravity changes while zooming. 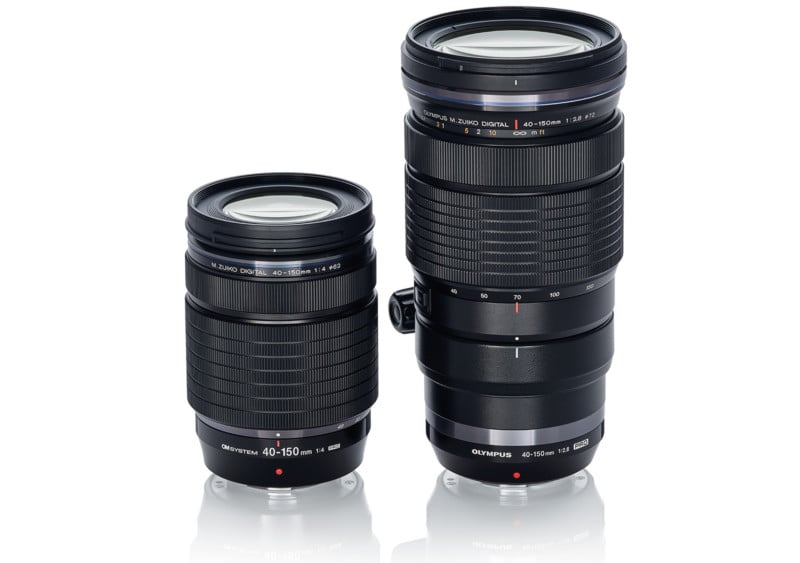 This new optic is constructed of 15 elements in nine groups and includes two ED lenses, one Super ED lens, one HR lens, and two aspherical lenses. The company says this selection of elements and their layout helps to suppress chromatic aberration, an issue it says is common in telephoto lenses. OM Digital says that photos taken with the lens are sharp and free of ghosting and flare, even in backlit scenes. 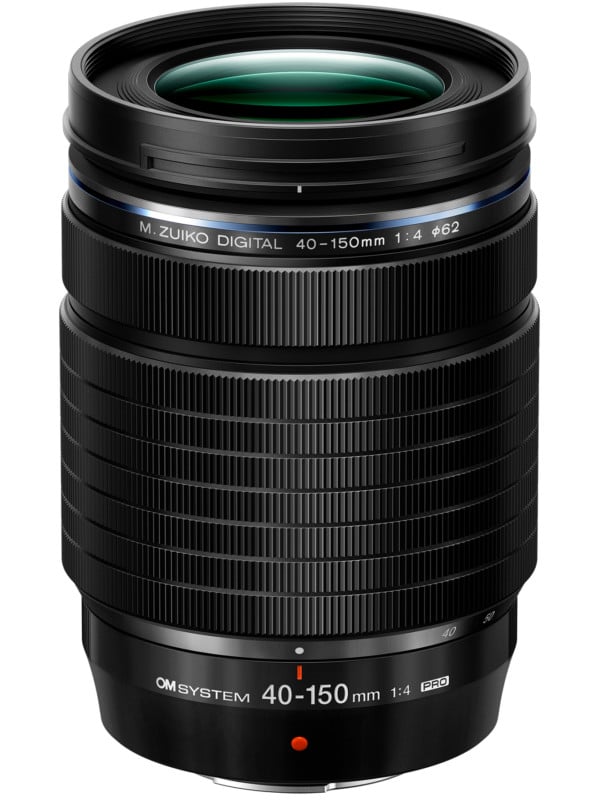 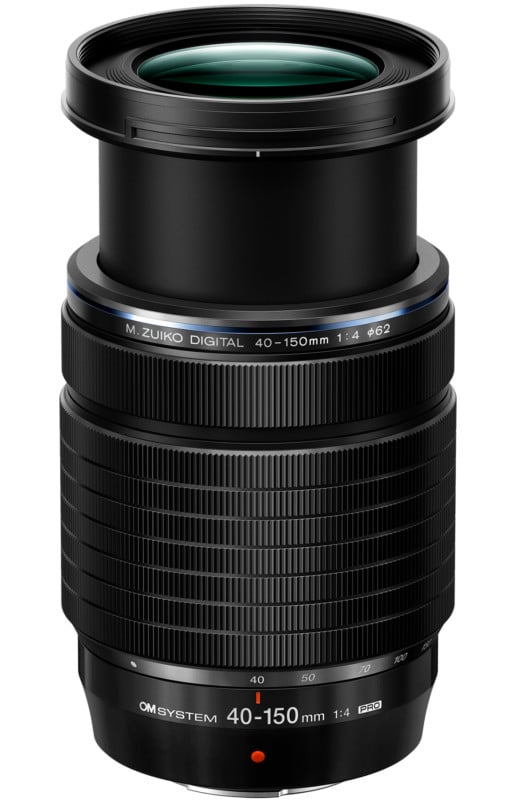 The lens has a close focusing distance of 70centimeters across the entire zoom range with a maximum image magnification of 0.41x.