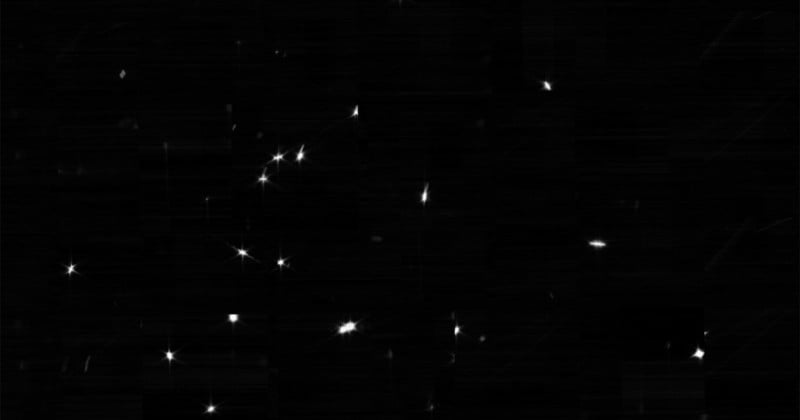 The James Webb Space Telescope is currently in the midst of the months-long mirror calibration process before it starts to capture in-focus images, but NASA has released the first photo it took that verifies it is in great working condition.

Nearing Completion of Calibration Stage One

NASA says that James Webb is nearing completion of the first phase of its months-long process of aligning its primary mirror using its Near Infrared Camera (NIRCam) instrument. Last week, NASA reported that Webb was in working order and had captured its first photons, and today has published that photo and explains what is next.

“The team’s challenge was twofold: confirm that NIRCam was ready to collect light from celestial objects, and then identify starlight from the same star in each of the 18 primary mirror segments,” NASA explains.

“The result is an image mosaic of 18 randomly organized dots of starlight, the product of Webb’s unaligned mirror segments all reflecting light from the same star back at Webb’s secondary mirror and into NIRCam’s detectors.” 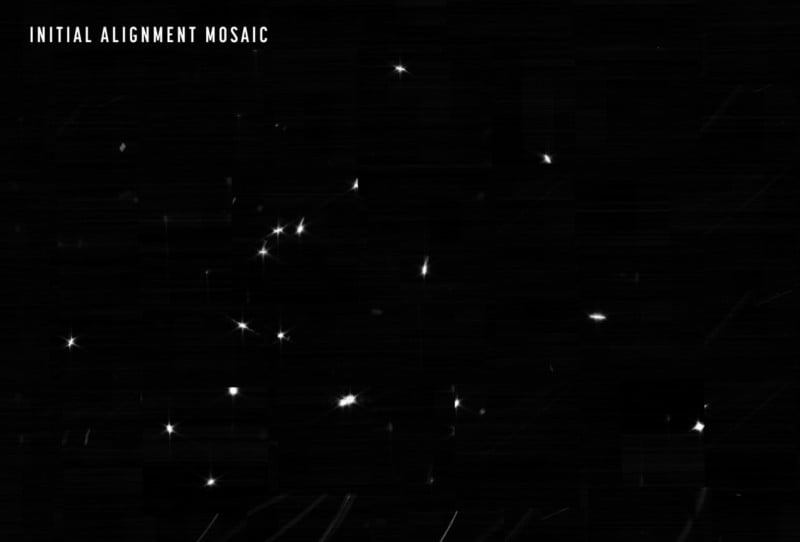 What looks to be a blurry image of stars is actually one star captured 18 times, and is the foundation upon which the telescope will align and focus its camera so that it can start to take new observations of the universe, which is slated to start this summer. NASA says that over the next month or so the team behind the James Webb Space Telescope will gradually adjust the mirror segments until the 18 images become a single star.

“During the image capturing process that began February 2, Webb was repointed to 156 different positions around the predicted location of the star and generated 1,560 images using NIRCam’s 10 detectors, amounting to 54 gigabytes of raw data,” NASA says.

“The entire process lasted nearly 25 hours, but notedly the observatory was able to locate the target star in each of its mirror segments within the first six hours and 16 exposures. These images were then stitched together to produce a single, large mosaic that captures the signature of each primary mirror segment in one frame. The images shown here are only a center portion of that larger mosaic, a huge image with over two billion pixels.”

A Rare Look at the James Webb Telescope in Action

The photo below is a “selfie” that was created using a specialized pupil imaging lens inside of the NIRCam instrument that was designed to take photos of the primary mirror segments inside of images of space. 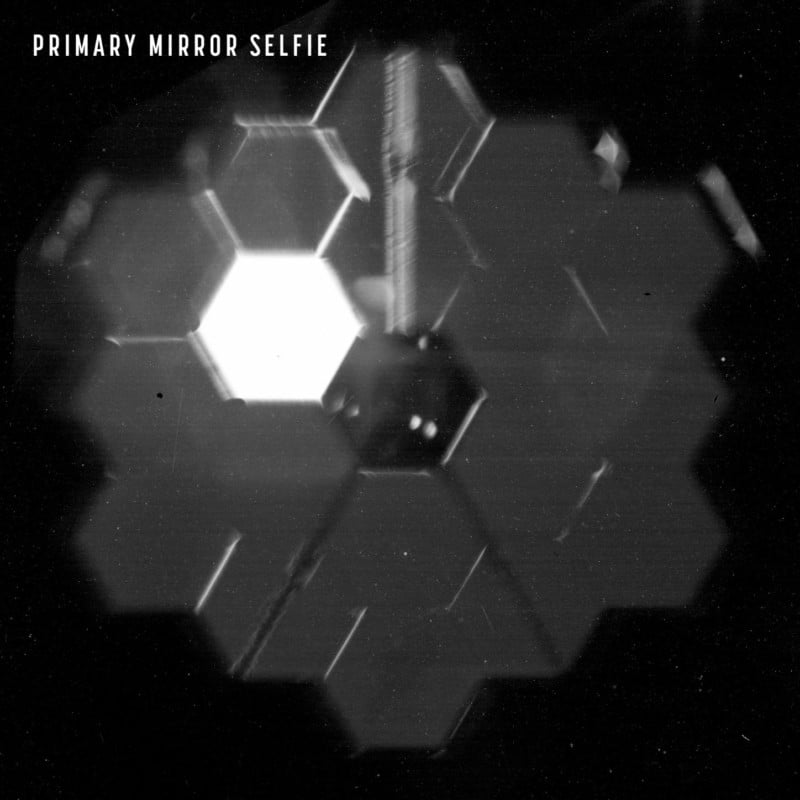 NASA says this configuration is not used during scientific operations, but strictly for engineering and alignment purposes.

“The bright segment was pointed at a bright star, while the others aren’t currently in the same alignment,” NASA says. “This image gave an early indication of the primary mirror alignment to the instrument.”

Moving forward, Webb’s photos will only become clearer, more detail-rich, and far more intricate as it brings its systems into focus. Even though what is being sent back now isn’t yet sharp, NASA says this confirms that Webb is a functional telescope and that it should be ready for full operations as planned.