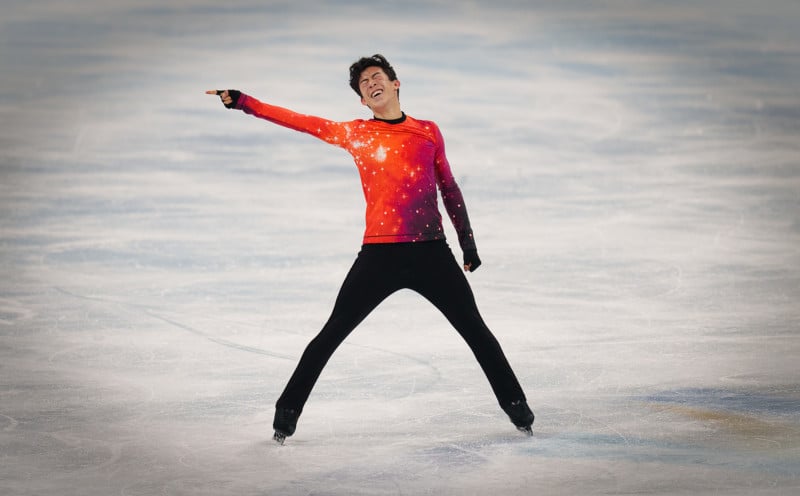 Photographer Nick Didlick has been a photographer, photo manager, and International Olympics Committee (IOC) mentor for 15 of the international events. He shares what it is like to be on the ground covering this year’s 2022 Winter Olympics.

An Olympics Photographer Since 1984

Didlick says his first Olympics was in Sarajevo, then Yugoslavia, in 1984. He refers to it as his “first date” and says that a photographer’s first Olympics is always the most memorable.

“The Photo Editor I was working with at the time said, ‘Kid, you are from Canada, right? You are covering anything with skates on.’ So for three weeks, I covered Ice Hockey, Figure Skating, and Speed Skating. Those were long twenty-hour days,” Didlick says. 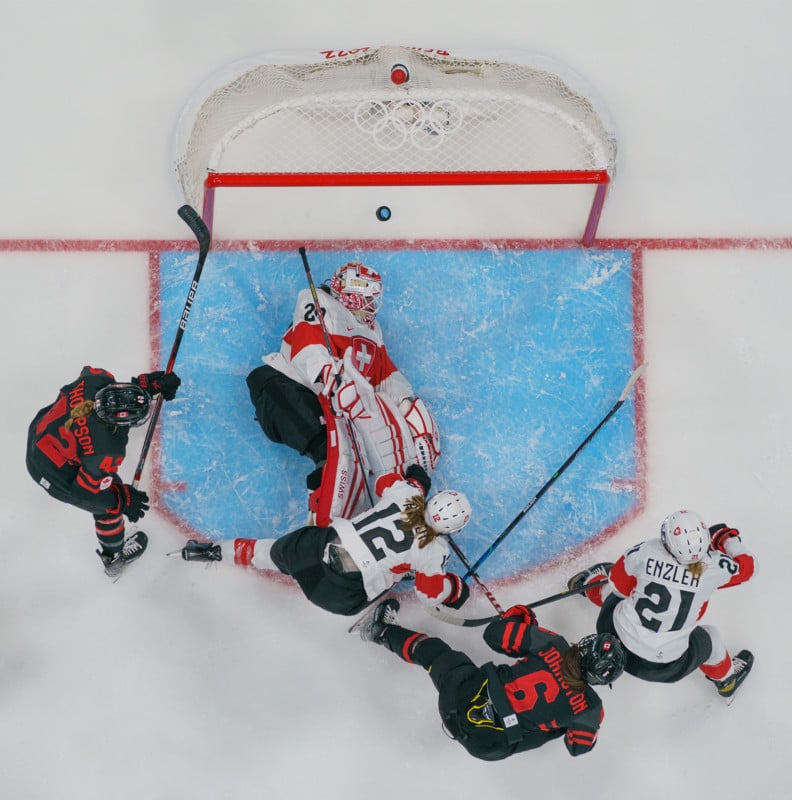 “At the Beijing 2022 Winter Olympics, thirty-eight years later, so much has changed. In 1984, I shot on film and shipped the film to the MPC (Main Press Center) for developing, printing, and transmitting. At the 1996 Olympics, I shot it all digital with an NC2000 1.3-megapixel and sent images via CompuServe.” 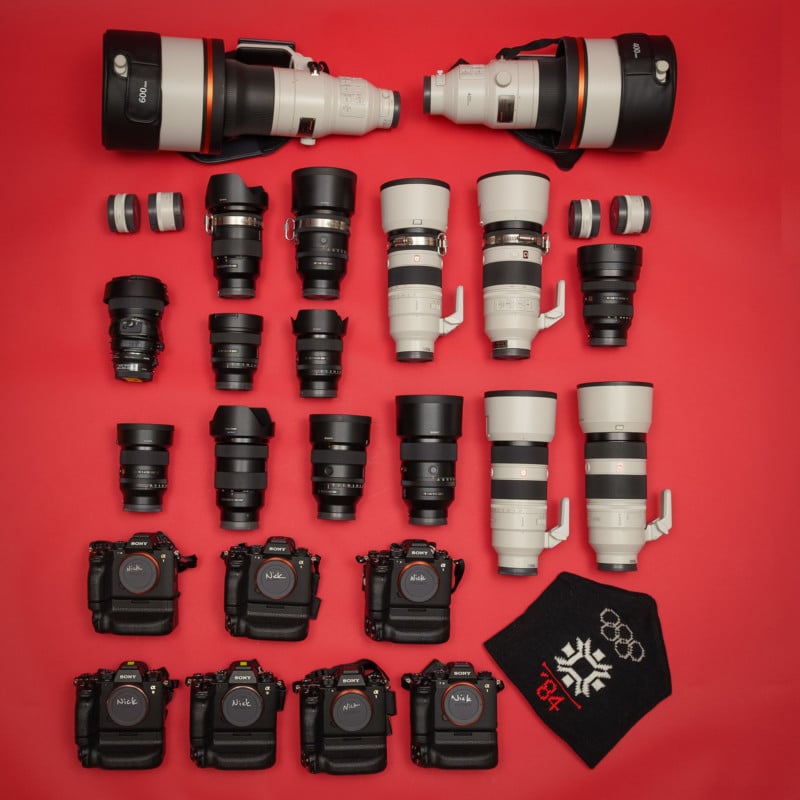 This year, Didlick is shooting with a Sony Alpha 1, which has significantly more power than he’s had at his disposal in the past. Didlick’s total equipment setup for this year’s Olympics is extensive. In addition to the below, Didlick says he also has triggering systems from Rocosoft and Pocket Wizard as well as a variety of networking equipment. Of all the events Didlick covers, he says that women’s alpine skiing is his favorite. 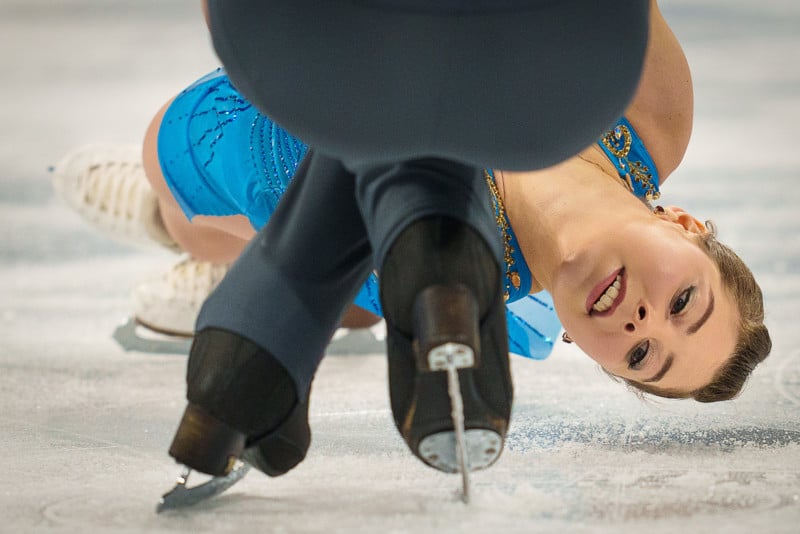 In the many years he has been covering the Olympics shooting both winter and summer events, Didlick says every event comes with its own set of challenges. That is especially the case in the last pair, which have taken place during a global pandemic.

“While each country and Organizing Committee of the Olympic Games (OCOG) comes with challenges, the big one is sleep deprivation that comes with 20 hour days. I always need at least two weeks to recover from working an Olympics,” he says. 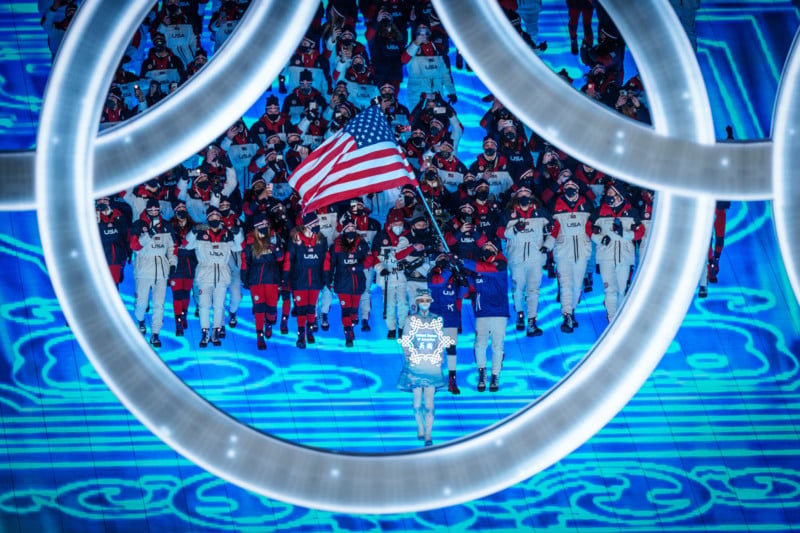 Even before he was photographing specific events, Didlick spent weeks preparing.

“Two weeks before the Opening Ceremony, I was here setting up robotic and remote cameras in venues,” he says. “But typically, the process begins a couple of days out, looking at the athlete, the event, and the transport schedules. So really, my day starts the day before; take today, for instance. There was no real story or client for me, but I wanted to get some feature images at the Sliding Center (Luge Events) 100 kilometers away from Beijing. With Covid, it adds a layer of complexity to my schedule.”

Didlick provided a schedule of what one day this past week looked like for him:

Speaking of his hotel, Didlick says that accommodations for press are different this year than in previous years.

“In past Olympics, the Organizing Committee built press Villages in Sarajevo, which became Sniper Alley after the Olympics. In Seoul, Korea, it became housing,” he says. “In recent years we have stayed at Media Hotels. My hotel room here in Beijing is modern (I have English HBO even) and lots of room for gear compared to the tiny rooms at the Olympics.” 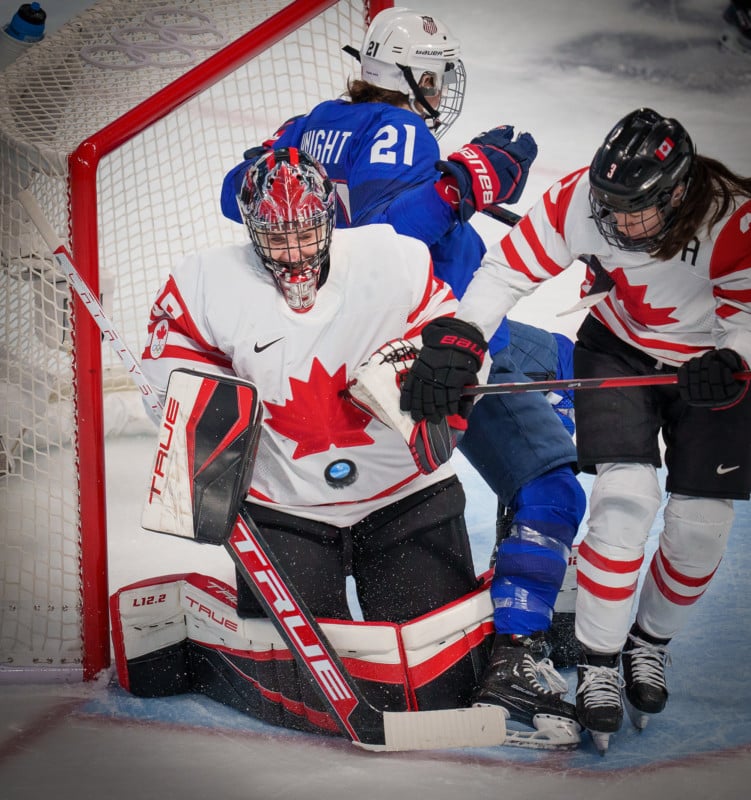 The Beijing Winter Olympics started on February 4 and will continue through February 20. To see Didlick’s latest photos, make sure to follow him on Instagram.