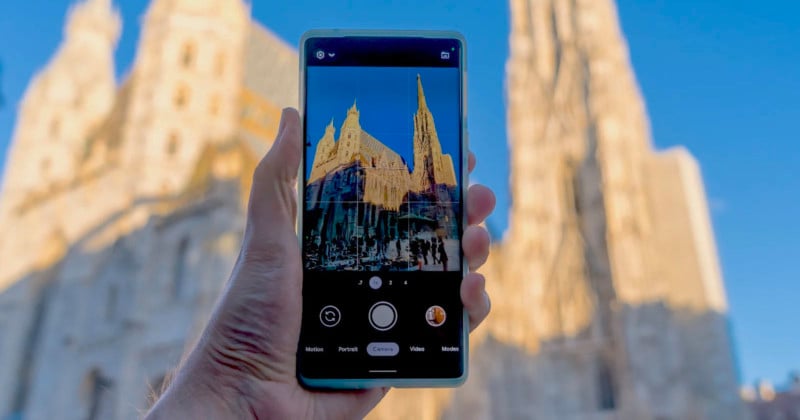 One of the more impressive aspects of the new Google Pixel 6 smartphones is Magic Eraser, which uses artificial intelligence to remove unwanted aspects in a photo. Unfortunately, a new bug causes using it to crash the Photos app.

Originally reported by PhoneArena and by users on Reddit and Twitter, the feature appears to have been broken for many users during a recent update. Attempting to use the feature will crash the Google Photos app, meaning the heavily-touted tool is unusable.

When working correctly, Magic Eraser works very quickly with results that are as good or sometimes better than the content-aware tools found in Photoshop and Lightroom. In his review for PetaPixel, Ted Kritsonis said that it works pretty well, but will give a range of results depending on how busy the background is.

Google support appears to be aware of the issue, but at the time of publication had not been able to issue a way to directly fix the problem for those who are currently experiencing it.

The Google Pixel 6 launched well enough, with positive reviews from across the tech space — including a recommendation from PetaPixel thanks to its very attractive pricing. But since its launch, the smartphone has been crippled by bugs and usability issues that have led to a poor user experience.

Tech reviewer and YouTuber Marques Brownlee tweeted in early January that despite his initial recommendation of the Pixel 6, he was unable to continue to recommend the smartphone to anyone anymore because the post-review experience has been so bad.

My Pixel 6 Pro has slowly gotten so buggy since launch in October that I can no longer recommend it at $900. Combined with the latest botched update it's just been a bad experience. My SIM is back in an S21 Ultra til the next review.

The Verge notes that the issues have been numerous, and this latest issue tied to Magic Eraser isn’t even the first. In December, Google had to halt the rollout of an update due to issues it was causing with network connectivity. The issue affected a number of devices attempting to upgrade to Android 12 but was, ironically, particularly bad on Google’s first-party Pixel devices.