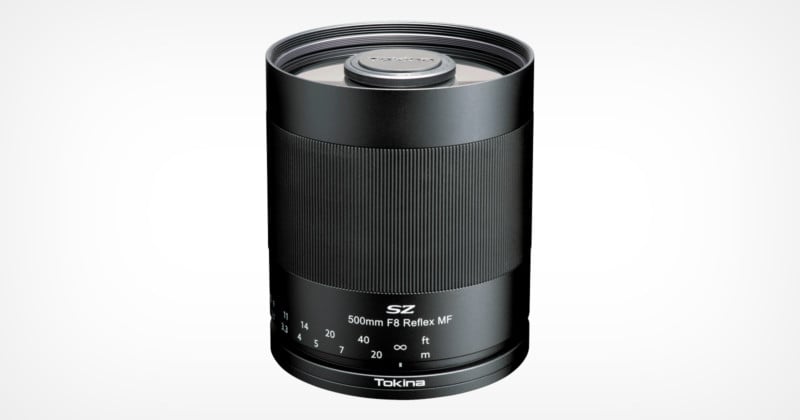 The Tokina SZ Super Tele 500mm f/8 Reflex is a manual focus super-telephoto lens that uses a catadioptric optical design with a fixed f/8 aperture. Also known as a mirror lens or a reflex lens, the design is one that is shared with some telescopes and is able to provide significant optical throw in a compact package. 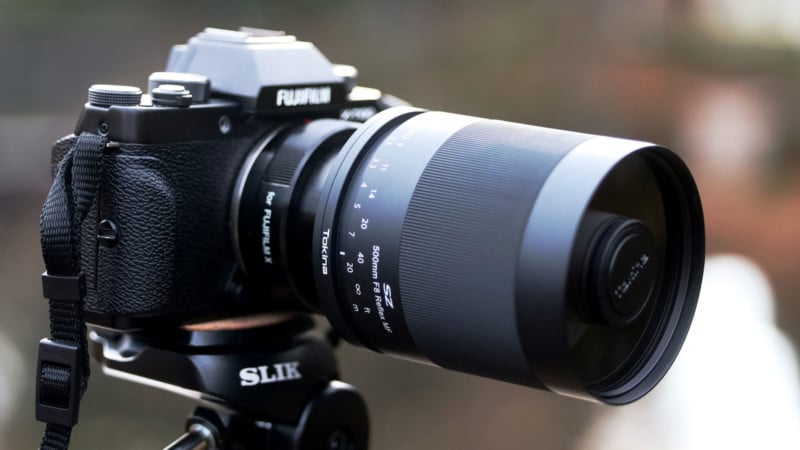 Tokina says that the outside barrel of the lens has been shaved even thinner than its other mirror lenses by using a new processing technology that makes this lens more lightweight compared to a lens with a shorter focal length. Lens elements inside the lens are coated with a multi-layer anti-reflection coating that Tokina claims has better effective light intake and as a result, will allow for an increased shutter speed in low light conditions. Mirrored surfaces of the lens elements incorporate a high-reflectivity silvered coating and a protective antioxidant layer on the backside for what Tokina promises will be a longer product life.

The lens weighs 310 grams (before an adapter is added) and is remarkably small: it is able to fit in the palm of the hand as illustrated below. Tokina says that for travel photographers who want compact gear, this lens will offer significant telephoto capabilities while taking up very little room in a bag. 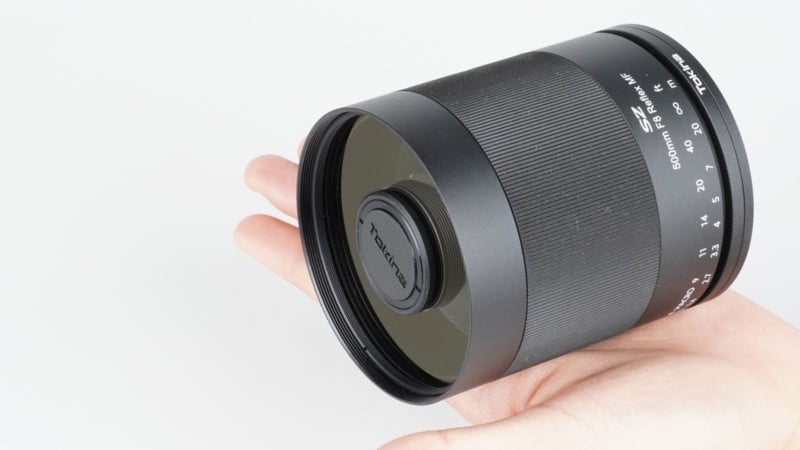 Tokina says that mirror lenses fell out of popular use years ago because they were considered inconvenient due to the fixed aperture, manual focus, lack of image stabilization, and an unusual bokeh shape, but Tokina argues there are many reasons to use a mirror lens again with modern mirrorless cameras.

Because most mirrorless cameras now employ on-sensor stabilization, the lack of optical stabilization in the lens is of little consequence, Tokina argues. Additionally, focus peaking is also available on these cameras and eliminates the other problem mirror lenses had: challenging manual focusing. Finally, Tokina says that because of the advancements in sensor design, the relatively slow f/8 speed isn’t as much of an issue any more thanks to better ISO performance. 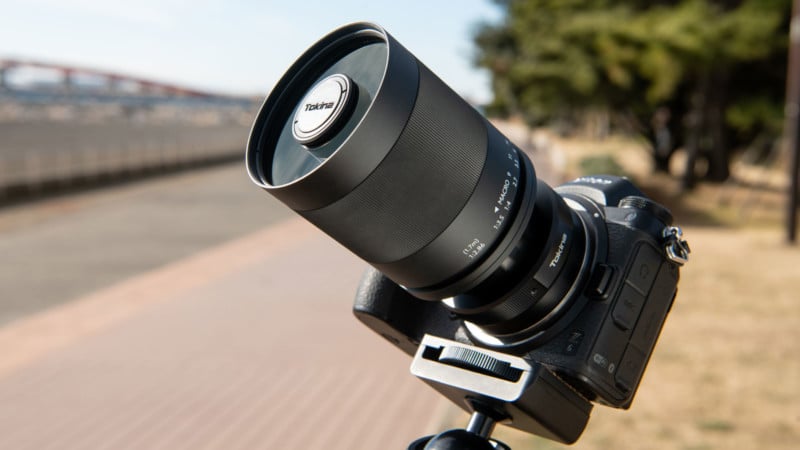 The lens has a minimum focusing distance of 1.7 meters and a maximum magnification ratio of 1:2.86, which Tokina says allows photographers to capture an object with a 6 x 9cm size on full-frame cameras. The company argues that this means photographers can cleanly shoot macro-style photos without worrying about casting a shadow with the lens and also be far enough away to not scare skittish creatures, like insects.

Because it’s a 500mm lens, Tokina says it has a “super compression effect” that will show a background close and enlarged compared to a foreground subject.

As mentioned, mirror lenses sacrifice a “normal” bokeh pattern in order to become so compact, and the result is a bokeh that some photographers like while others find distracting. Tokina says that it can appear “super smooth” or like a donut, which can be leveraged artistically.

The 500mm f/8 lens uses a T-mount standard thread that allows it to be attached to a variety of lens mounts by using adapters. In this way, a photographer can purchase one lens and if they were to change camera systems, simply swap out the mount and be able to continue to use it instead of being forced to re-buy a new lens. At launch, Tokina will offer Canon EF, Sony E, Nikon F, Nikon Z, Fujifilm X, and Micro Four Thirds adapters, though it is certainly possible that the company could add more over time.

Tokina says that the lens will be available starting on February 18, but did not include pricing. The company’s 400mm f/8 lens is available for $250, so while it is likely that the 500mm f/8 will be more expensive given the additional throw, it will also very likely still be quite affordable.