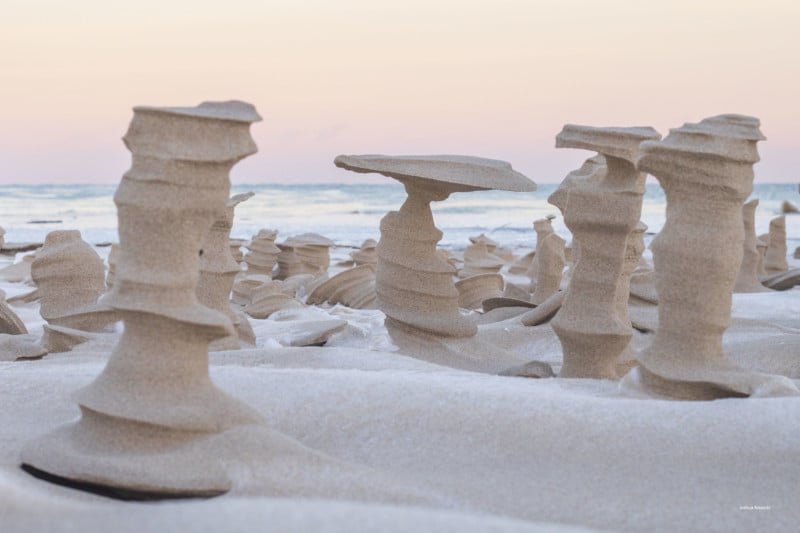 Nowicki’s background lies in anthropology first and photography second. Having worked for several different museums, he was once tasked with updating the website and graphic design of one of them. He got access to a DSLR and started to take promotional photos for the organization, marking it as his first entry into the field of photography.

A Region That Inspires Landscape Photographers

Nowicki eventually moved to Southwest Michigan, a popular destination for those who enjoy sandy beaches and green parks. Unsurprisingly, the location lent itself for nature and landscape photography which Nowicki began to make the most of, albeit simply for personal enjoyment at first.

He posted his photos on Facebook that showcased the natural beauty of the area, and soon others started sharing his images. His father wanted to encourage his hobby and purchased a DSLR as a gift, although Nowicki was reluctant to accept the gesture at first. The camera did, however, ignite his passion and soon he left museum work to pursue photography and now covers a range of different genres. 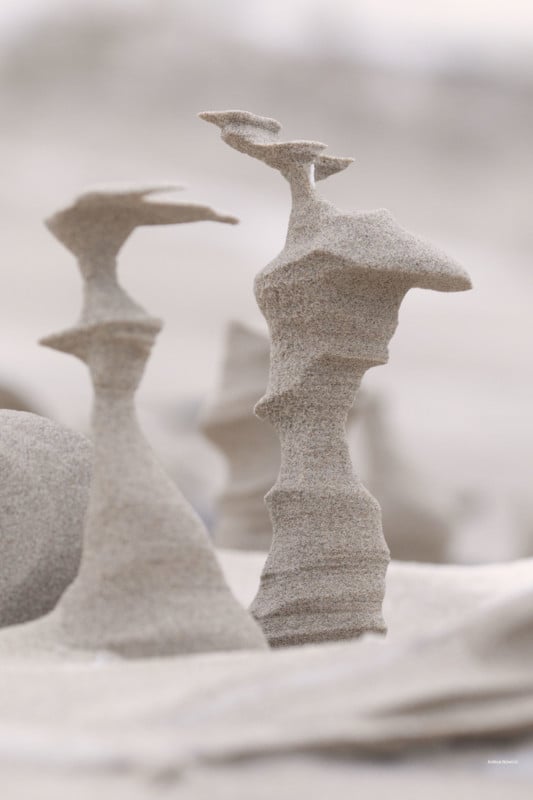 Nowicki goes out almost daily to take photos of Lake Michigan, a prominent feature of the area. During a shoot at Tiscornia Park Beach in St. Joseph, he came across interesting sand formations. Although he had photographed them in the past, this time his find was impressive — the sculptures were larger than usual, some around 15 inches tall, and also had a greater variety of shapes.

The series he created was originally spotted by Colossal and looks like a scene from another planet.

For these shapes to form, the area needs several days of strong wind, cold temperatures, and damp sand. It’s a rare occurrence but it can happen at any time of year, making it even harder to predict. However, the only time the formations get larger than a couple of inches is when the sand has frozen. 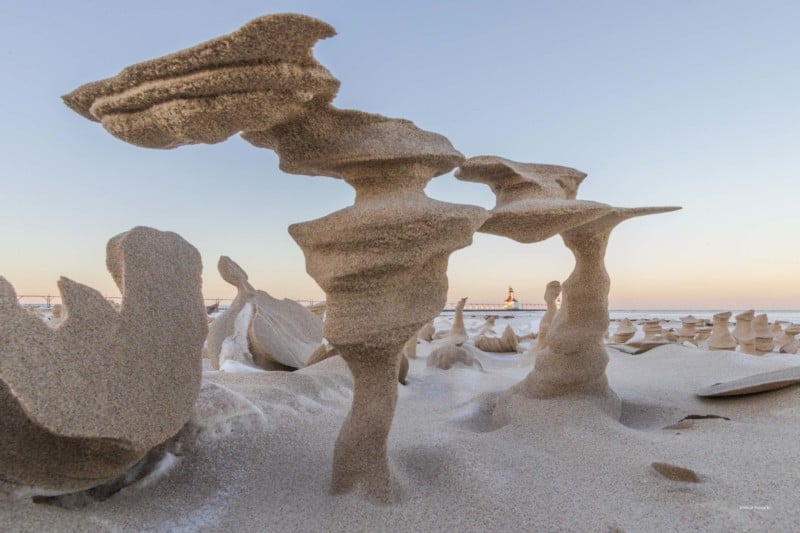 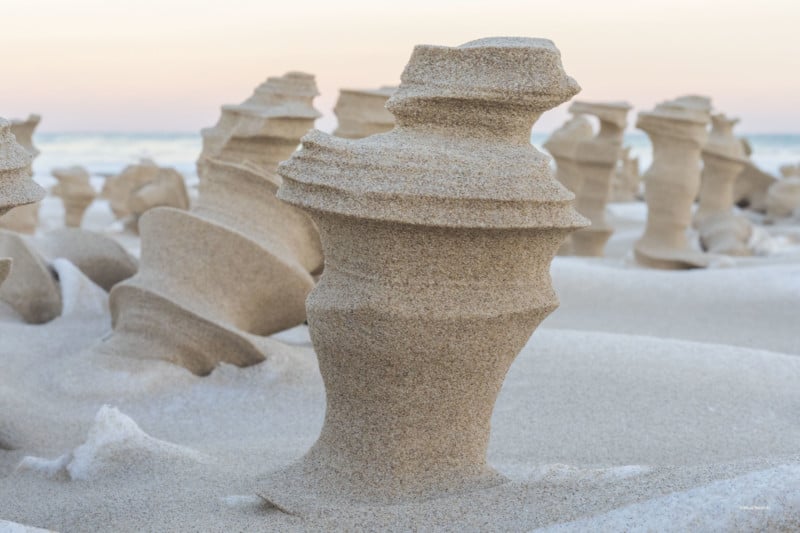 Anyone who is interested in capturing photos of the phenomenon has to be fast as the sand statues don’t last very long — only a couple of days at most.

“The wind completely erodes them or knocks them down, if the temperature goes up above freezing they crumble, and often in the winter they become covered by drifting snow,” Nowicki tells PetaPixel. “I really enjoy how ephemeral they are; you have to be there at just the right moment to capture them with a well-defined shape.” 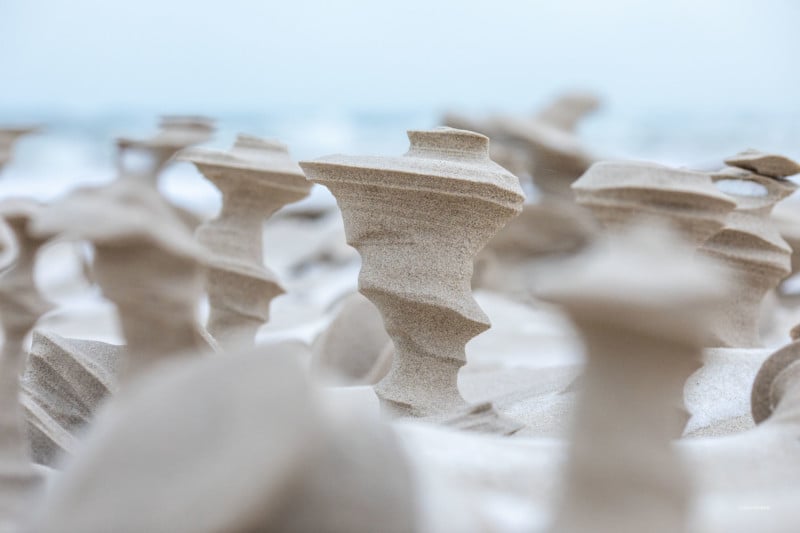 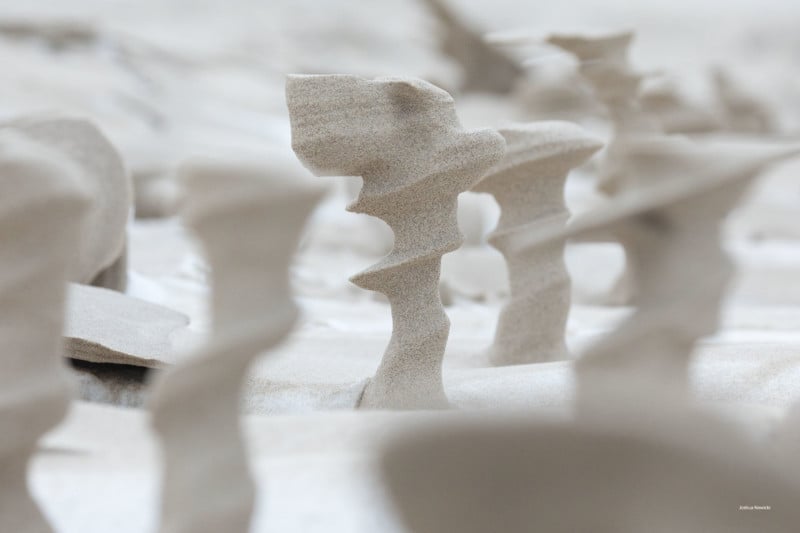 “To photograph them, I got down at ground level in order to better see their shape and also to help set them off from the rest of the sand,” he says. “I did not have to worry about knocking them over because they were in patches of 30 or more and there was plenty of room between the groups.” 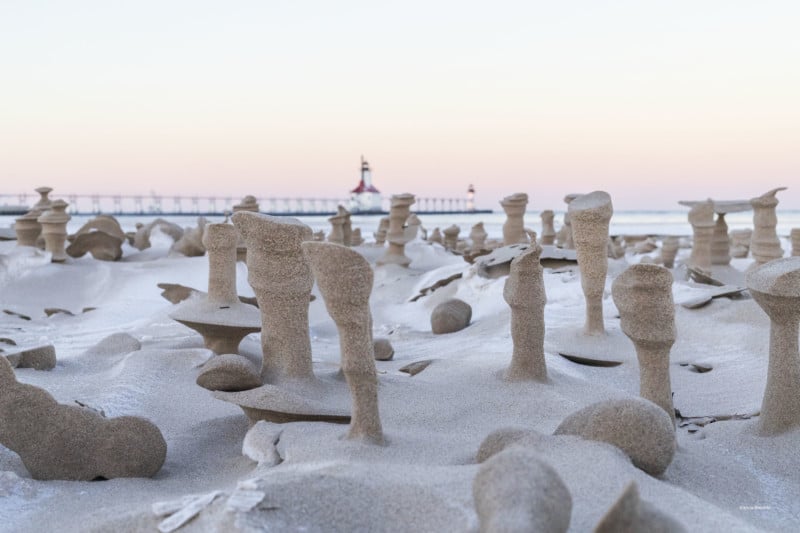 “I was delighted to find a group of them in a location where I could both photograph them and the lighthouse. Including the lighthouse in the photos did disclose their location and within a day there were a lot people at the beach photographing them. It has been amazing how popular they have become. I have been receiving a lot of inquiries asking if they are still there. Unfortunately, they have for the most part crumbled.”