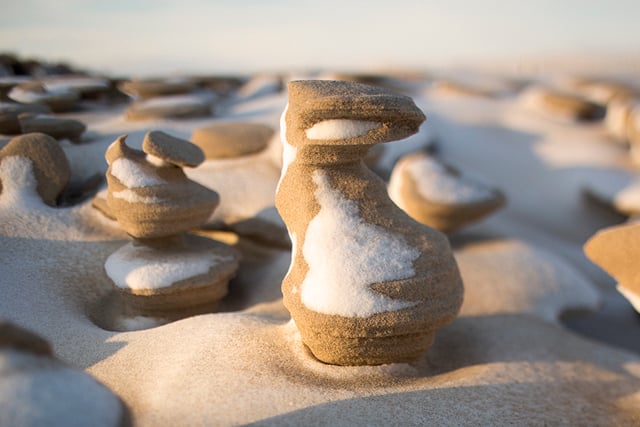 Photographer Joshua Nowicki was visiting Silver Beach County Park in Saint Joseph, Michigan, this past weekend when he came across a long beach filled with tiny sand formations caused by the combination of freezing temperatures and high winds. The scene made for a beautiful set of photos.

Nowicki tells us that he was out taking photos of the lake, piers, and a lighthouse when he came across the formations, which were each about a foot tall. “They were formed due to erosion of the frozen sand from the high winds (gusts up to ~50 mph) and blowing sand,” he says. 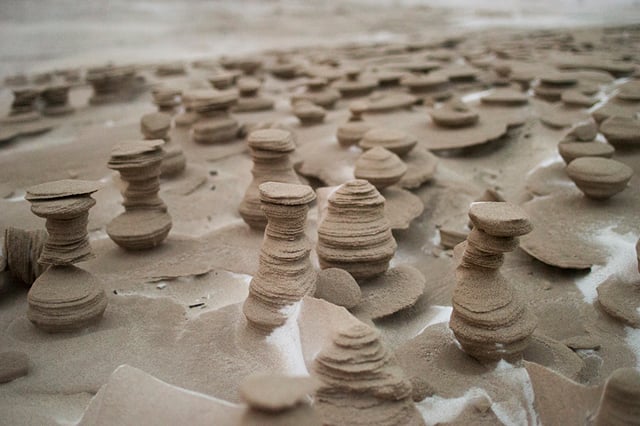 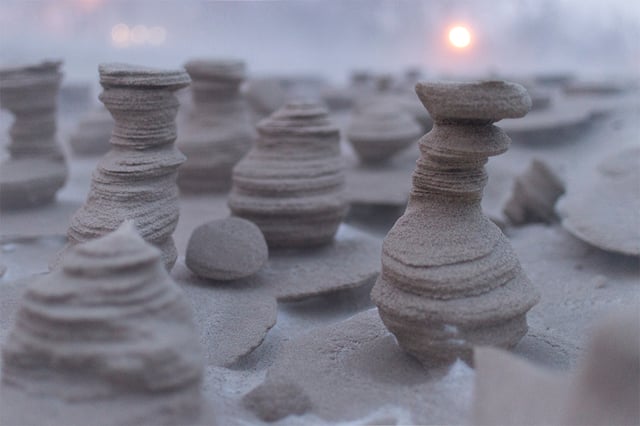 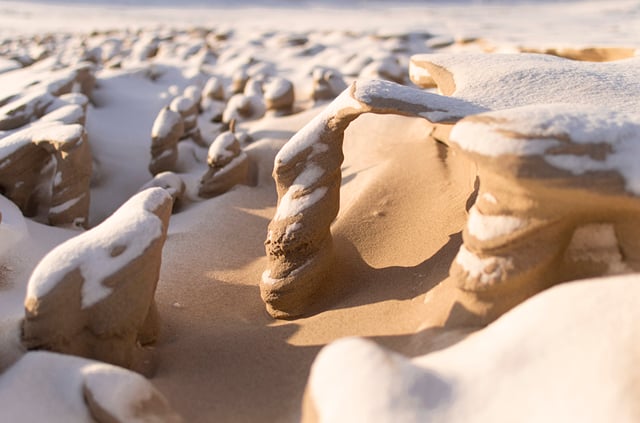 The beautiful little sculptures didn’t last long: Nowicki went back the next two days and found that the heat from the sun had caused the sand and snow formations to quickly fall apart and become unrecognizable.

Update: After the first encounter with these sand formations, Nowicki returned to the area with photographer Seth Haley, who captured this video that takes you on a journey through the miniature world:

Image credits: Photographs by Joshua Nowicki and used with permission