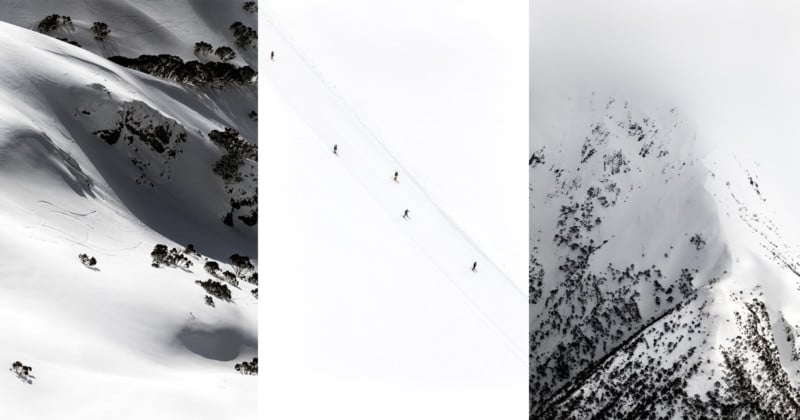 A Melbourne-based landscape photographer has revealed Australia’s unique and often-unseen side by capturing aerial shots of the brief winter season that brings snow and ski enthusiasts together in a country rarely associated with winter scenes.

Penny Prangnell grew up in rural New South Wales, a southeastern Australian state. She often spent her time wandering around the countryside and captured it with her dad’s film tape camera and began to develop a passion for landscape photography.

Later, she introduced aerial photography in her arsenal, too. Prangnell first tried it of pure coincidence — her boyfriend was studying to be a pilot and needed to build up his solo flying hours. This meant that Prangnell had the opportunity to come along “for a few scenic flights,” she tells PetaPixel.

“This is where I discovered how many amazing patterns, shapes, and forms could be made from an elevated perspective, and I was instantly obsessed,” she says. “From there, I started working for a hot air balloon company and, again, was lucky enough to score a few flights out of it, enabling me to practice more photography from above and being more in love with the view.” 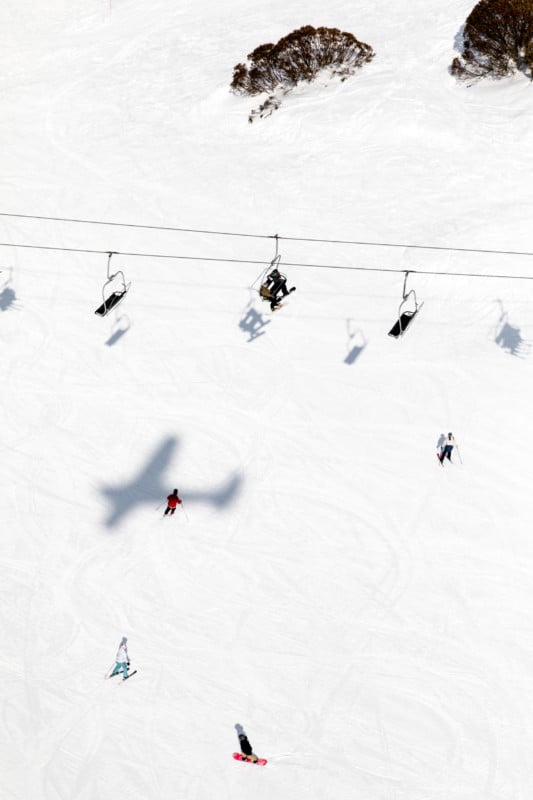 Prangnell’s interest in capturing the land in all of its beauty was also expressed in her photographic series titled “Alpine.” In the project, Prangnell uses aerial shots to tell a story about a culture she hadn’t experienced before moving to Melbourne. For those who haven’t visited Australia, it’s likely just as unfamiliar.

“Every year snow enthusiasts, tourists, sports professionals, and winter lovers flock to the fields from around the state, making the most of our short snow season,” Prangnell writes about her photographic series. 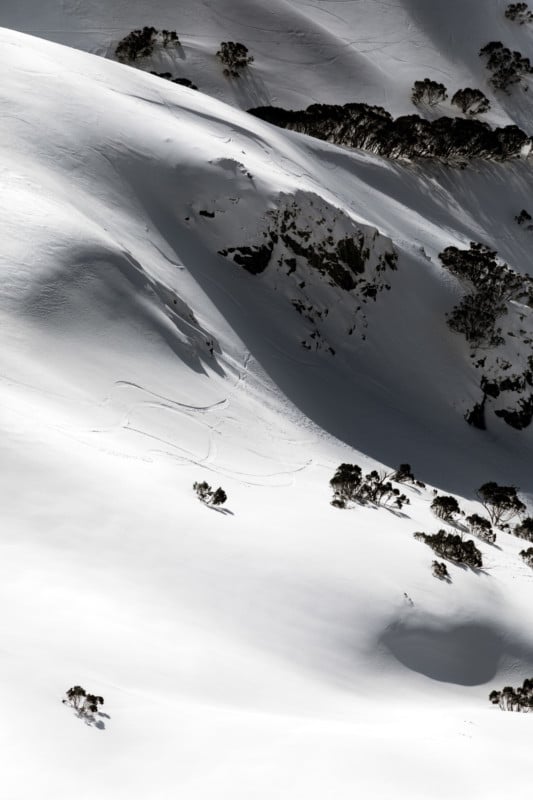 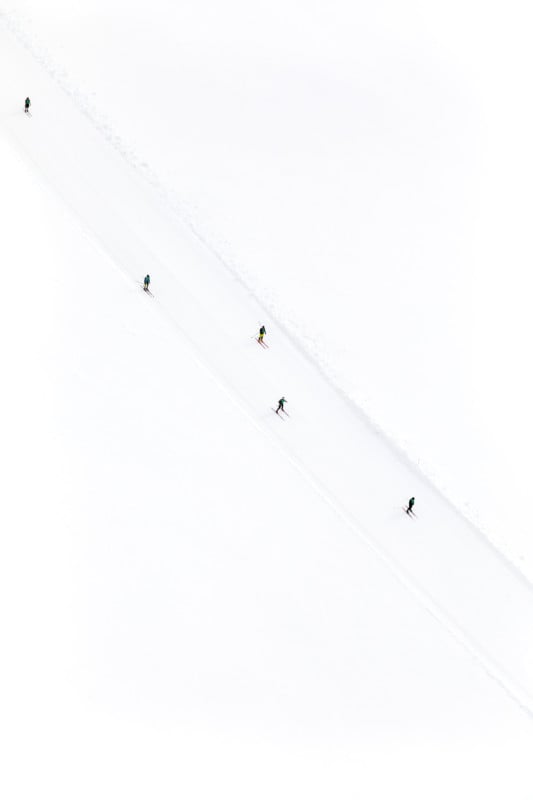 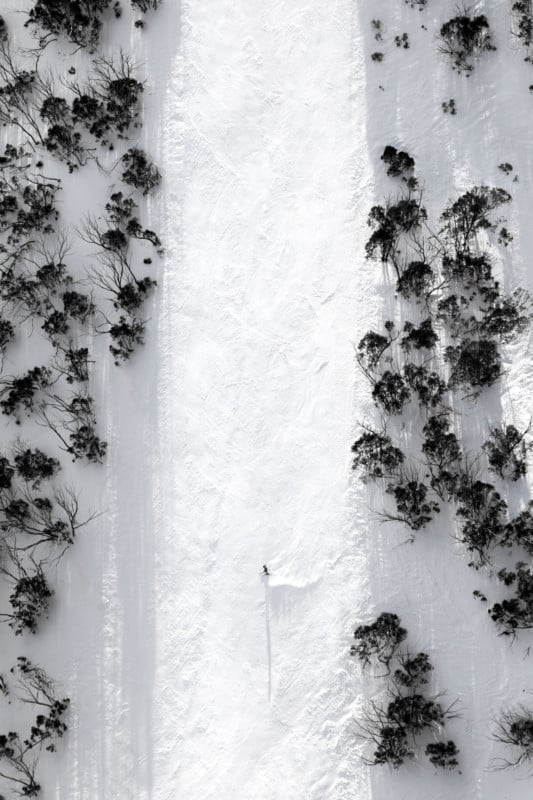 “When picturing an Australian landscape, red clay, eucalyptus trees, blue skies, and endless horizons may come to mind. ‘Alpine’ showcases a hidden aspect of an Australian lifestyle, which juxtaposes this common perception.” 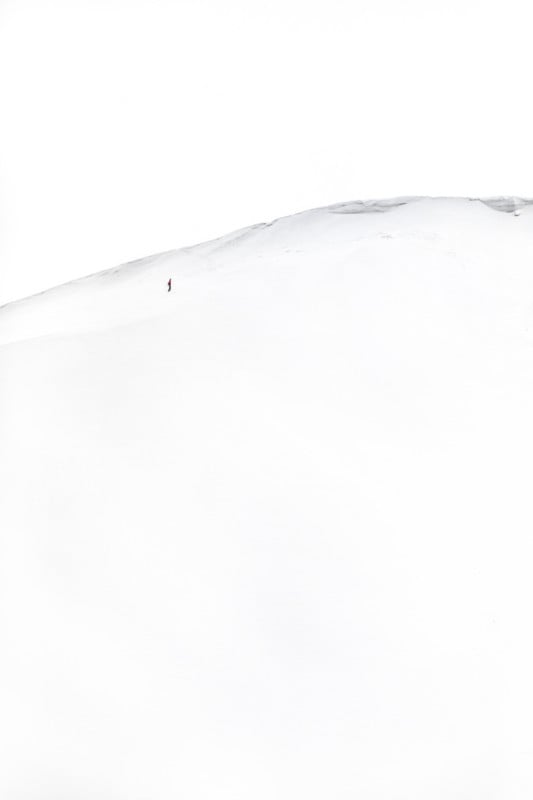 Situated on the Eastern side of Australia lie 12 ski resorts. They are all reasonably accessible, and main resorts offer “really good skiing from super easy runs for the beginners to black diamond runs for the adrenaline junkies.” 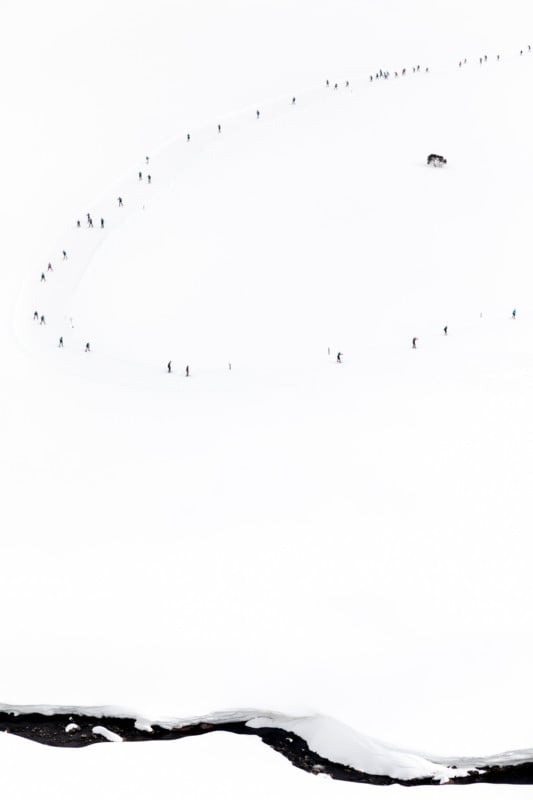 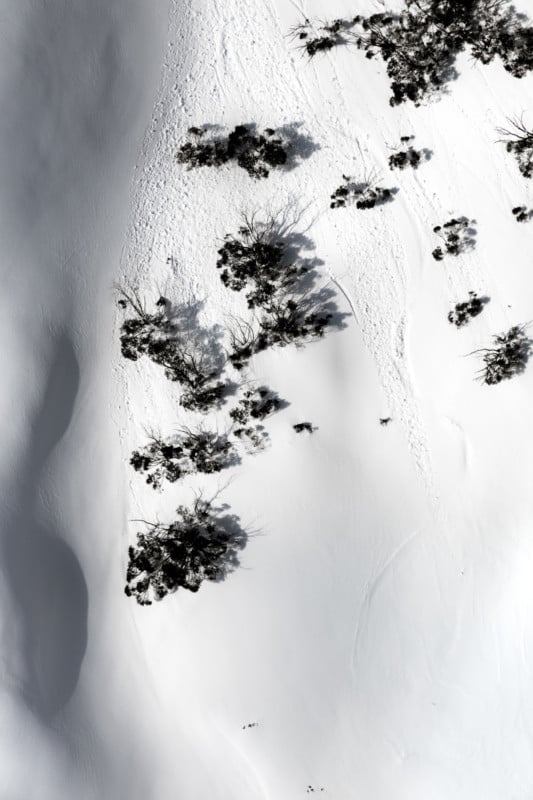 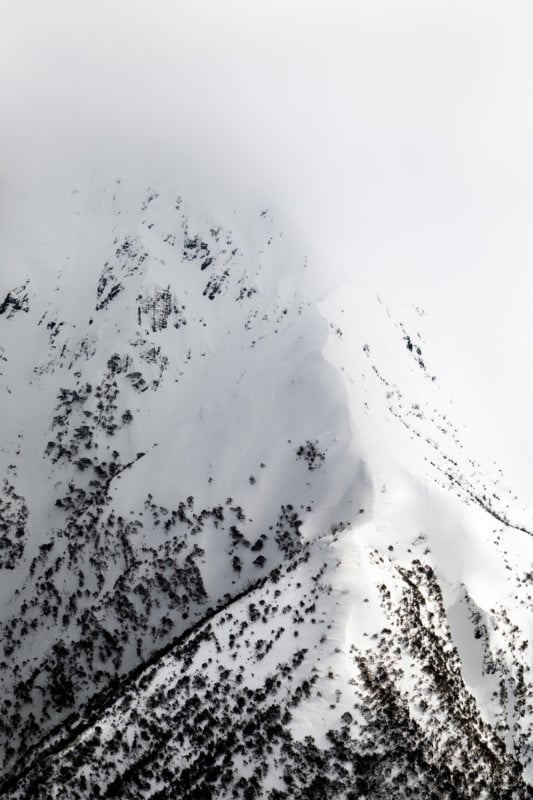 Prangnell knew she wanted to capture ski resorts in the snowy alpine in Victoria of Australia. The most challenging part of executing the project was logistics. With not that many airports to choose from, Prangnell had to decide on one that was the most economical.

She based her selection on calculations between specific aircraft speeds, distances, and the cost per hour of the plane. Once she had chosen the airport, it was a matter of picking the right time of day to ensure that the sun was in the right spot with the main runs of the resorts. 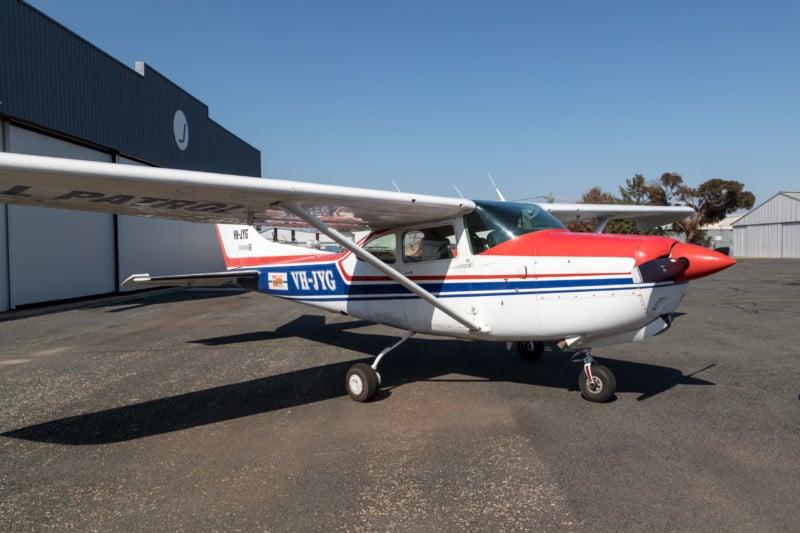 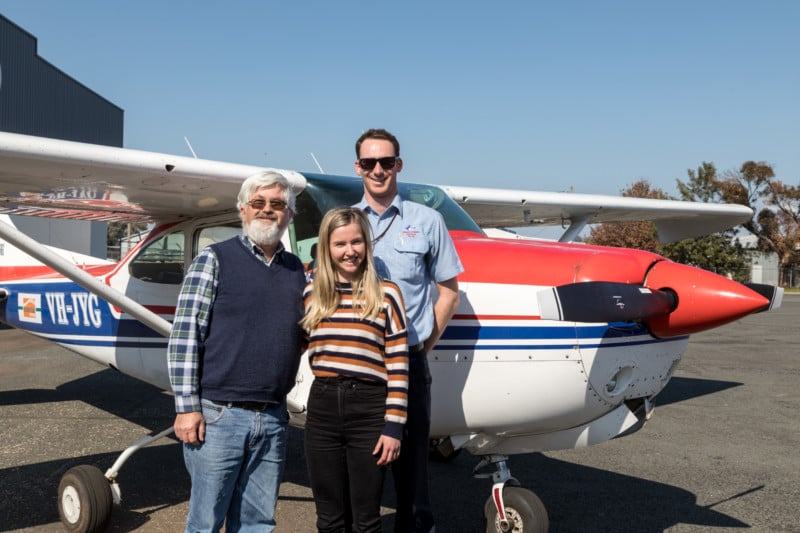 As she had two spare seats in the back of the small plane, she invited her parents to come along for the ride. Although the aircraft had retractable gears, which meant the wheels weren’t in the shot, her window was not staying open throughout the flight.

“My mum, who was behind my seat, kept trying to hold it up for me but struggled to hold it continuously,” she explains. “Next minute, I look over, and my mum has her leg out the window with her foot propping it up. I was in hysterics, but actually, it worked like a treat.” 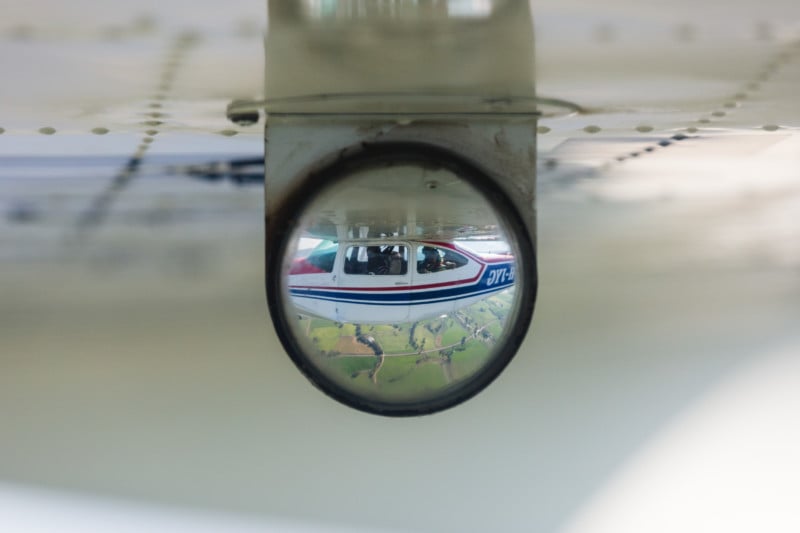 “Unfortunately, the tight turns got the better of my mum, and she had to utilize the air sickness bag — all while her leg is still out the window in the freezing cold air. Meanwhile, my dad was having the time of his life in the other seat.”

Some of the shooting difficulties aside, the flight was a success. Prangnell set out to show the relationship between the human and the mountain range, emphasizing “just how small we are in relation to the environment around us, and also creating a sense of appreciation that the ski-goers have for the slopes.”

At the end of November 2021, Prangnell’s photographic equipment was stolen and her print store contributes to recouping some of the value that was lost. More of Prangnell’s portfolio and projects can be found on her website and Instagram.