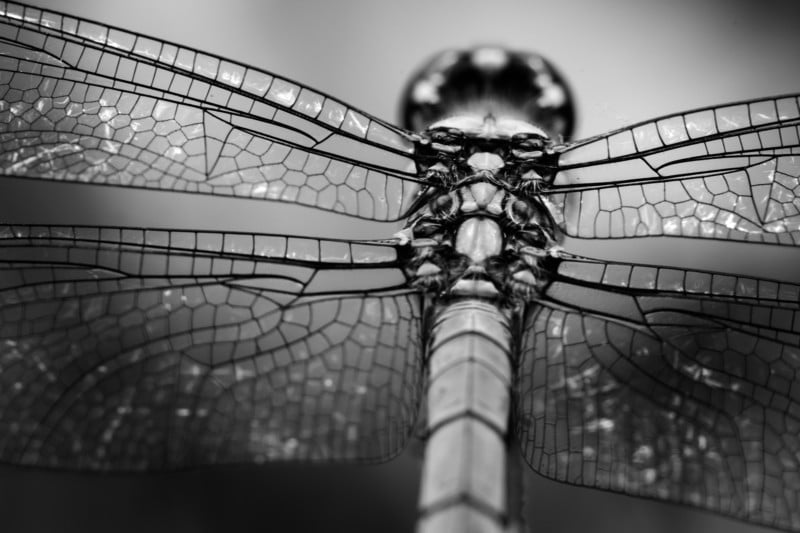 Photographer Kristi Odom started out as an avid math student and engineer but one thing led to another and she ended up finding her passion in conservation photography. Since this unlikely career change, Odom has become a Nikon ambassador who still incorporates math principles in her wildlife photography.

With a strong initial interest in math and science, there was no doubt in Odom’s mind that her career would be in engineering, just like her grandfather’s. When he passed away, he left Odom two things — his Georgia Tech class ring and his camera. The former made sense as Odom was a teenager who excelled at math, but the camera? Initially not so much.

Later, Odom went on to study electrical engineering with hopes of working in solar energy. But, it wasn’t her grandfather’s ring that “led the way to [her] future, it was the camera.” She told the story of her career journey during a TEDx Talk on her high school’s stage in 2021.

“I was an introverted kid on a big college campus and the camera gave me a voice in my shyness,” Odom tells PetaPixel. “I was on the field at college football games, at the foot of the stage for concerts, I was in the center of all the parties, and whenever I felt that shyness come out, I had a camera to hide behind.”

Just a day after her 21st birthday, Odom photographed U2 for Georgia Tech’s student newspaper, The Technique. Bono picker her out of the media pit and sang directly into her camera. Although he was far too close for Odom to get a sharp photo, the experience changed the course of her life.

“It was really hard to go to my digital signal processing class the next day,” Odom says. “Photography had consumed me, life had gotten bigger, I allowed myself to dream bigger. I remember thinking, if photography has taken me here, imagine where I will go. Even though I had been at Ga Tech for three years, I left my degree, moved to Australia, and into a Fine Arts Degree (with a concentration in Photomedia) at the University of New South Wales.” 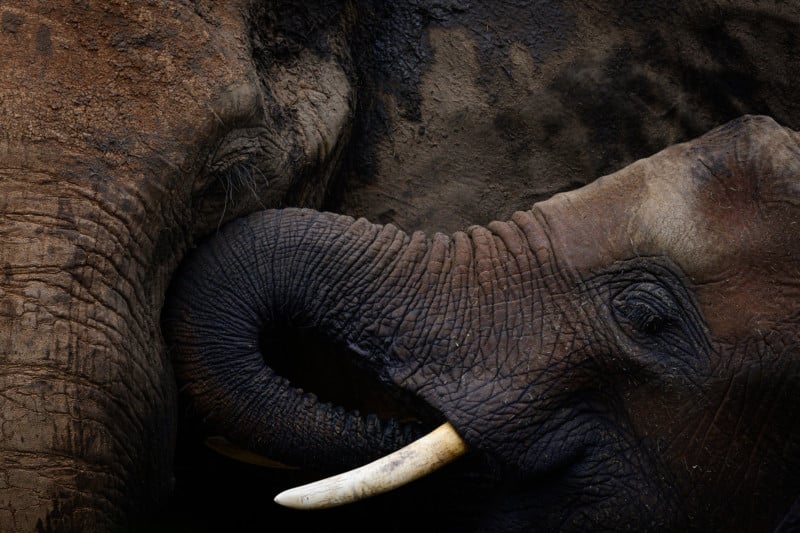 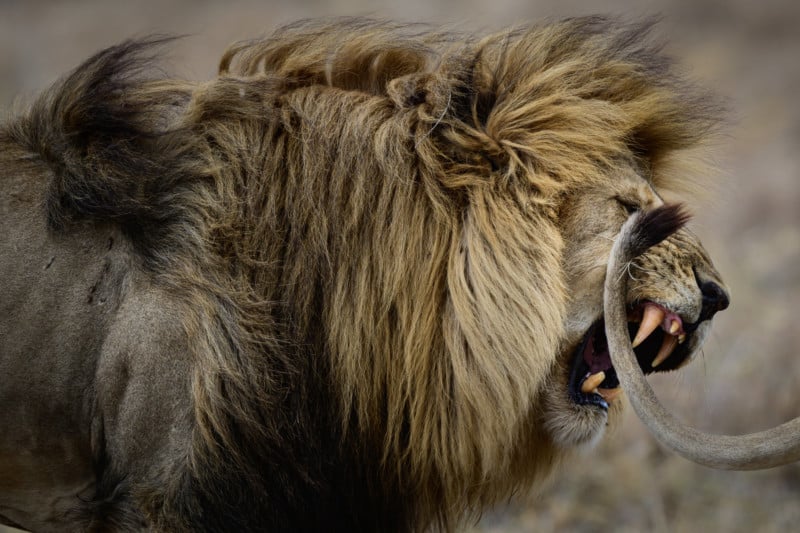 During her fine arts studies, Odom realized her technical mind makes it easy for her to learn camera functions. The artistry of photography even allowed her to correlate pleasing compositions with mathematical principles, like the Fibonacci sequence, that she understood so well. On the flipside, Odom found it much harder to learn how to become an artist. 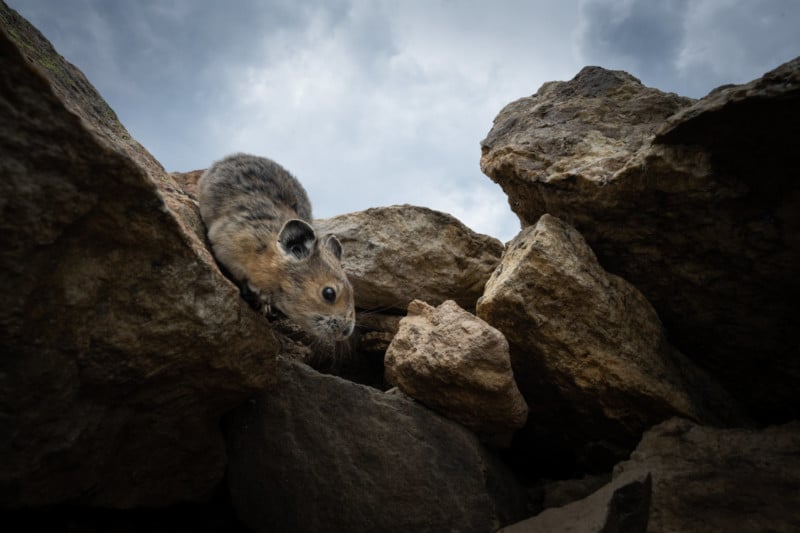 As her passions changed over the course of years, Odom shifted from music and sports to weddings, and finally — wildlife. Each genre helped Odom learn something valuable to take into her photographic career, including how to inject emotion and storytelling into her work. 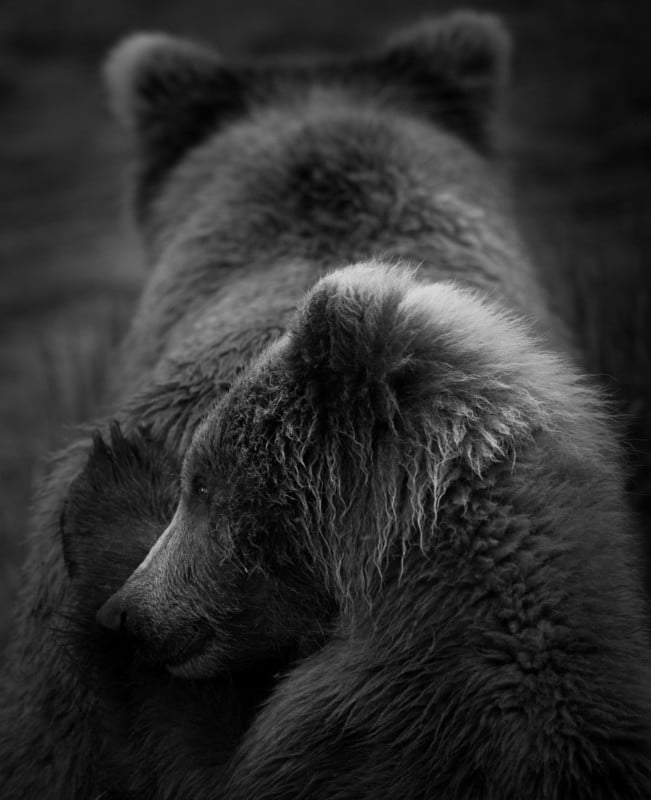 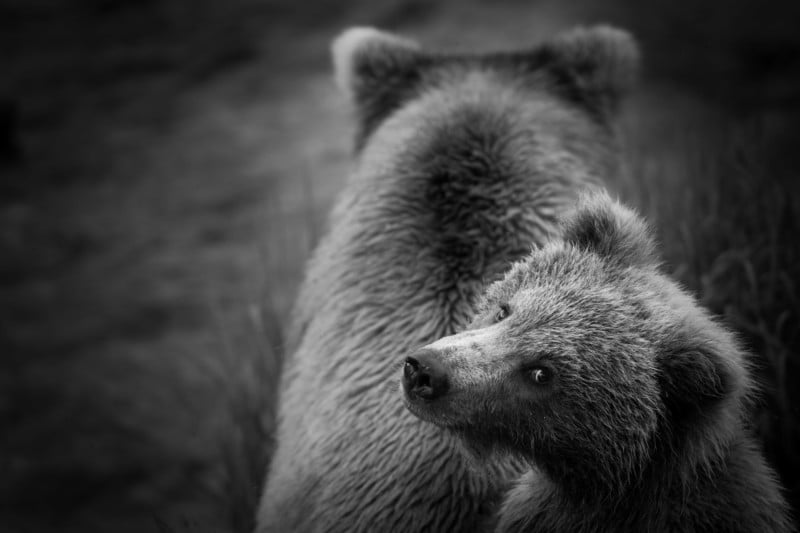 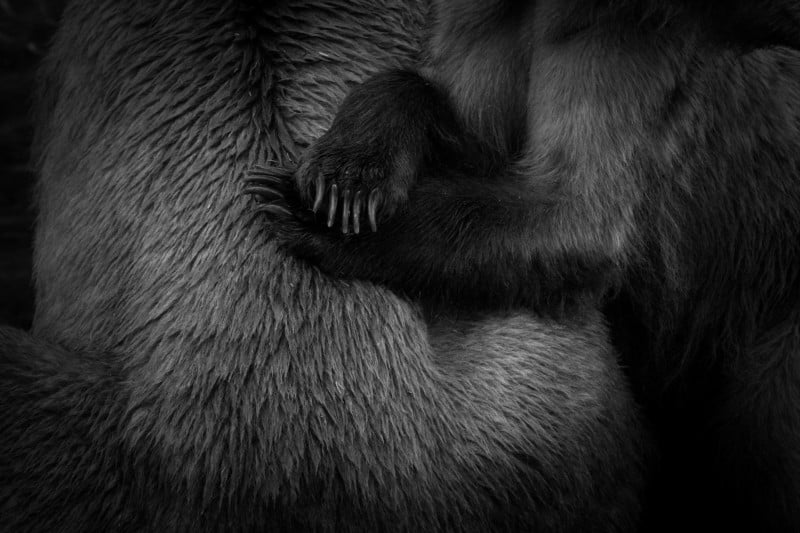 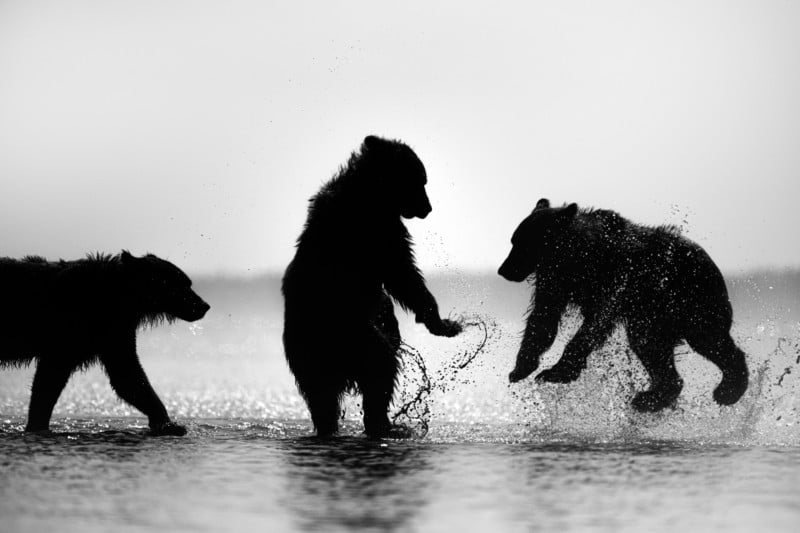 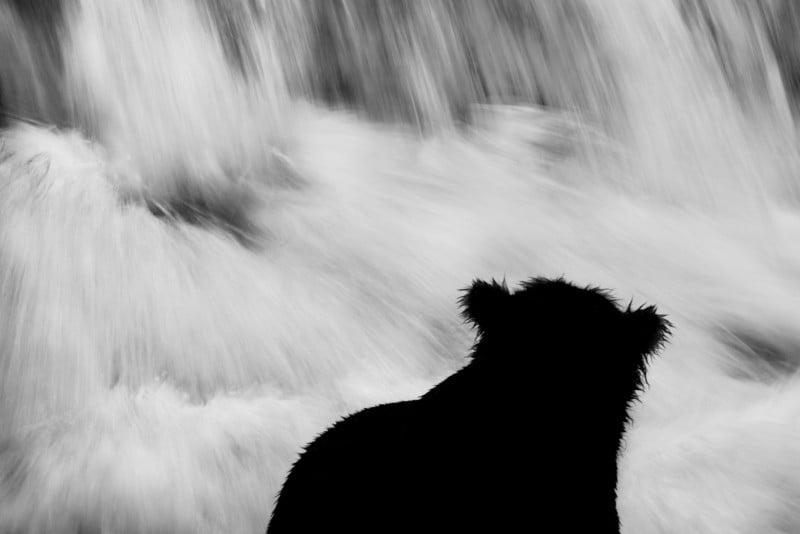 Every time Odom photographed a destination wedding abroad, she would find wildlife to photograph. This helped her support herself financially and put together a wildlife portfolio, all of which has helped her become a stronger photographer. Years later, the hard work paid off. Whilst waiting for a flight at an airport, Odom received a call and was asked to join the Nikon Ambassador team. 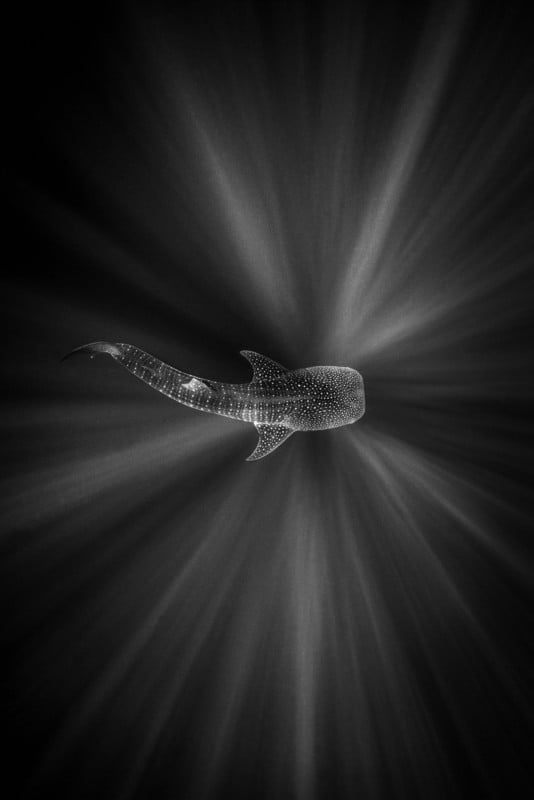 “Tears poured down my face, not because of the skittles, but because it was a dream of mine, and this was the call,” Odom recalls. “I think that there is a human desire for validation, and after putting years and so much passion into my craft this call gave me just that.”

“For Nikon to believe in me enough to put me on their team was my life’s biggest honor. The team was full of my idols, Carol Guzy, Amy Vitali, Joe McNally, Deanne Fitzmaurice, Corey Rich… the list goes on. They all welcomed me with open arms, and have now become dear friends.” 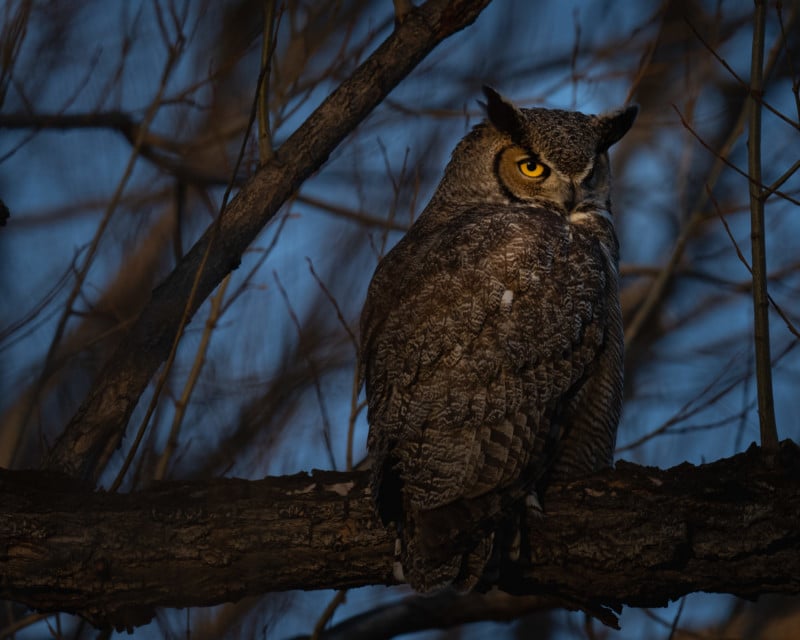 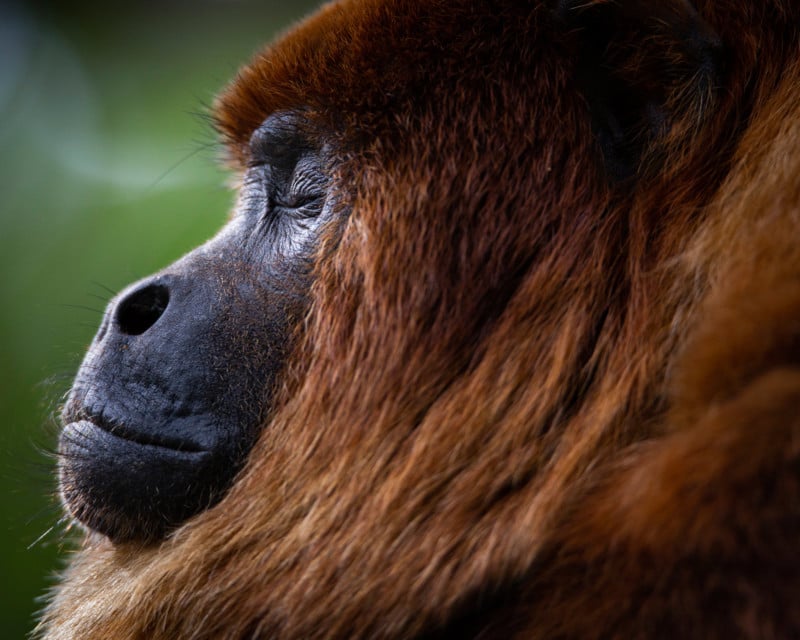 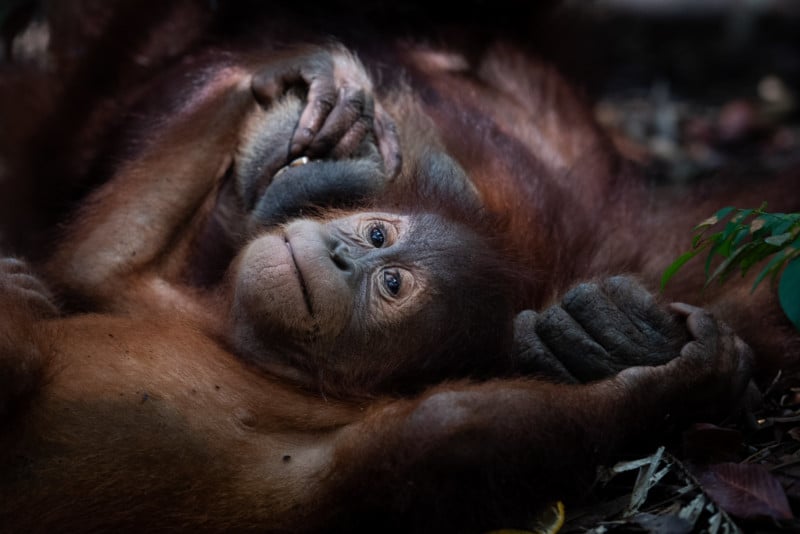 Odom has also had two of her stories published online for National Geographic — one on the insect decline and a group of citizen scientists that meet every Friday to find bugs and the other on the American Pika, the small relative of rabbit.

Today, Odom aims to use photography as a way to give voice to subjects that are unable to tell their story but face challenges in today’s world. Odom tells PetaPixel that she has “way too many” stories she wants to pursue.

However, two current focuses include animals that live in high altitudes and their adaptions in the face of climate change and citizen scientists who voluntarily spend time to gather data about this planet’s biodiversity which all contribute towards research.

“I have spent years traveling, I have learned how powerful being the local voice is for conservation storytelling,” says Odom. “While I dream of going to places like Antarctica, my photography has me wanting to stay local, so I can really dig into the stories of the wildlife that is all around us. We are the best storytellers for our own local biodiversity.”