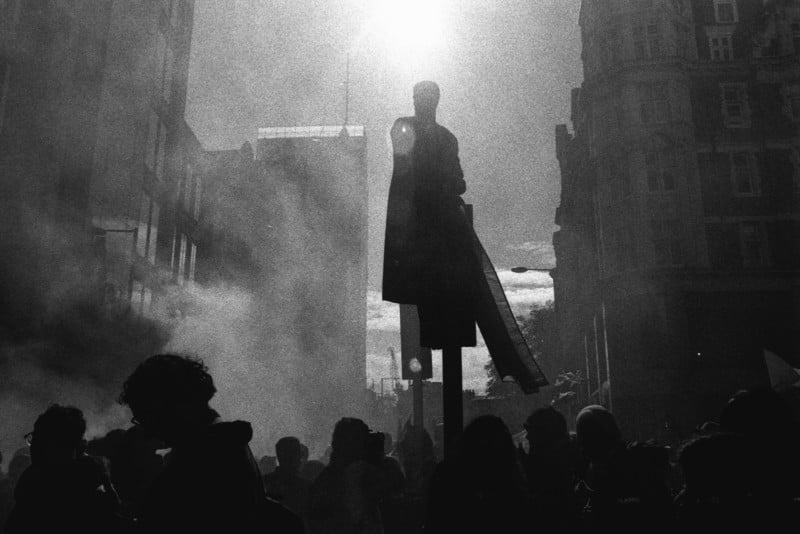 In many art practices, a new method or process does not usually automatically override the old one. You can still use berries and charcoal to paint a cave wall, paint on a canvas, or put pencil to paper. These do not become irrelevant just because a Wacom tablet can be used to make a digital illustration or a VR for a 3D painting.


Once a technique enters practice, it can be noted as an early example, but one could paint a renaissance-style piece today and be seen as a contemporary example of the genre, not as something fundamentally different.

It is with this perspective that I approach the perception some may feel towards black and white photography as “feeling” older as misguided. 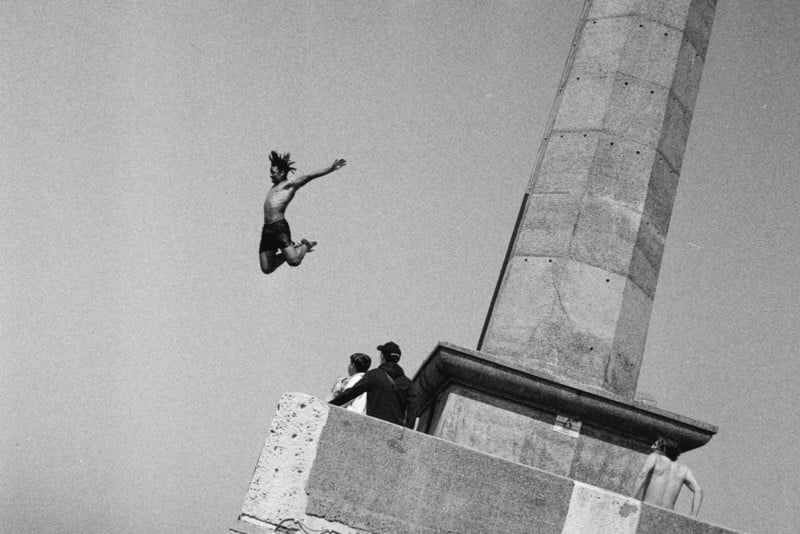 In 1936, Kodak’s introduction of Kodachrome for home use in the 35mm format represented commercial availability – although it was still rarer than black and white at the time.

This is about 80 years after the earliest glass-plate formulas and only 47 years after the first transparent plastic roll film, which was introduced in 1889. While that represents about 1/5th of the history of photography in which black and white was the practical default (aside from outliers), it was also still the early development and adoption period of what is still an extremely young technology.

For perspective, the distance from the inception of “photography” to the introduction of commonly available 35mm color film is roughly the same as the time between the accepted beginnings of the hip-hop genre and culture and today. While some greats in both arts have come and gone there is still an incredible amount of room to explore and discover. 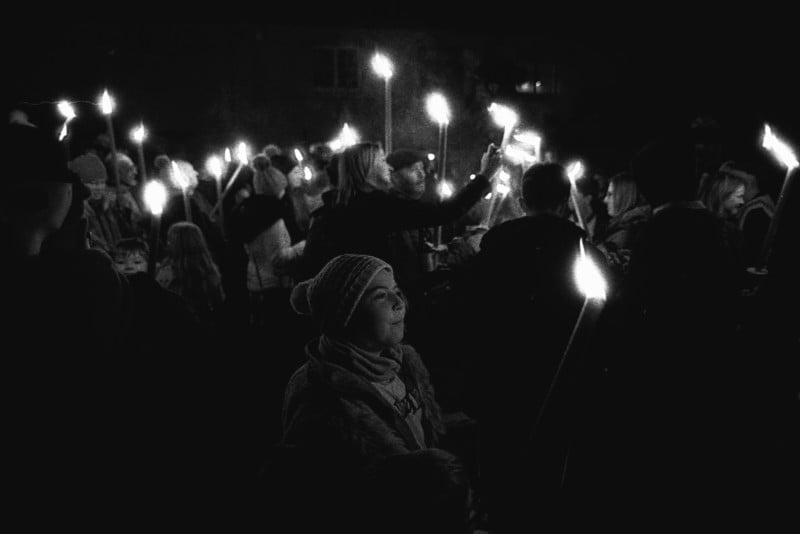 Color has played as much of a role in documenting history as black and white, although it is rarer to find from those early adopters up through the 1940s for reasons including survivability, expense, practicality, and availability between large and small formats, and the practicality of using cameras of any kind for journalistic purposes, with slower lenses, and less sensitive films.

We start to find uses of Kodachrome by Julien Bryan in 1939 to document the German bombardment of Poland, and in 1940 color film was used by William Vandivert to photograph the results of the German blitz in London.

Through the 1950s, we have a saturation of color photography that most enthusiasts will be aware of, and similarly the 1960s, ’70s, ’80s, and of course into the ’90s and early thousands we are more familiar as we arrive at our own lifetimes, family albums and personal histories. However, throughout those decades and up until today, black-and-white photography has remained relevant, not replaced but adjacent to other formats.

Flick through a compilation book like Century published by Phaidon, and you’ll see early years populated in monochrome, then a mix of black and white and color, not a boundary across which it becomes color only. 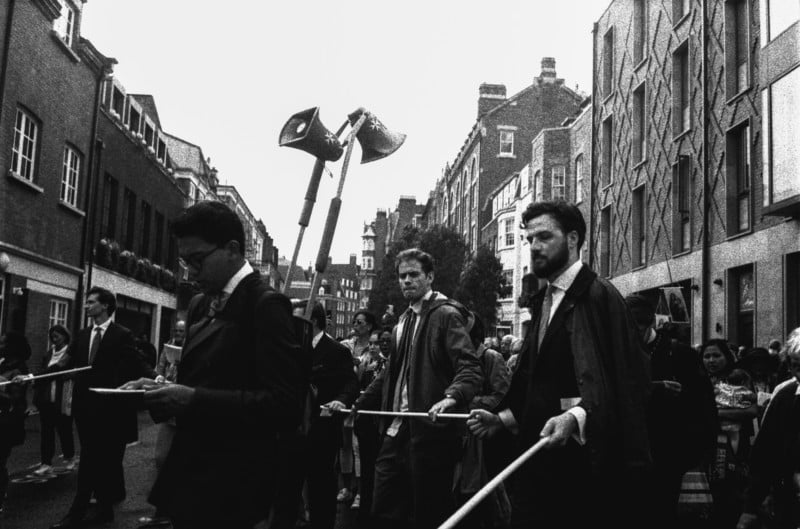 The same is true of movies, although not as much in mainstream cinema as when it was the standard, there are still some good examples of this application of black and white are in some modern films – Fury Road: Blood and Chrome and Logan Noir are monochromatic renderings of movies that were made in color to begin with, but they translate well to black and white because of the way they were shot. The Lighthouse was shot on black and white film, relying on that aesthetic as a foundation to the atmosphere. 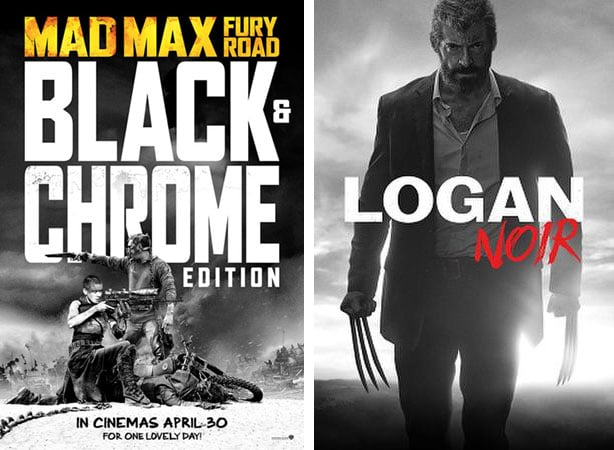 The monochromatic presentation sets these films distinct, not quite timeless but in their own visual realm; set in past, and fictional future with aesthetics layered onto the psychological landscape of cinematography assists in the storytelling.

Only one of these had an exclusive release as black and white, but for the others, it was more than just applying a filter, time, and effort regarding these films cost money and fulfilled a vision that stands as its own statement, reframing the original. 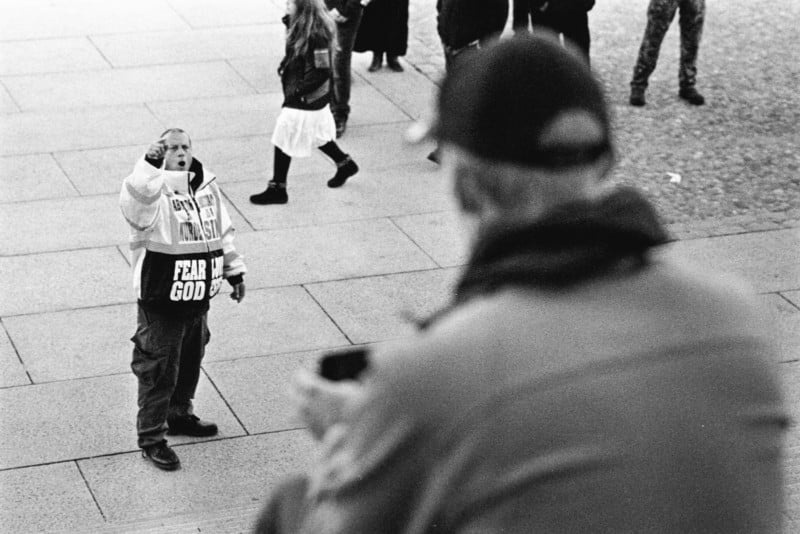 Attachment to a photograph is always a personal relationship, and the subjective experience of any single image will almost always vary from person to person based on what semiotics they bring with them to that interpretation. For some that may mean that a black and white photograph is a window to the past regardless of when it was actually made – their understanding of black and white photography is that it is inherently “old”.

This becomes an issue when we bring this understanding to photographs of very present issues, which to some feel distant if seen through that black and white lens. Color photography has an immediacy to it, well balanced it is closest to what most eyes see; in a way for many it is life. Black and white can have a mythical quality to it and can make situations and characters seem larger than life when used appropriately.

However, I don’t think that this automatically means that one is more connected or disconnected from “reality” than the other. For some monochrome can detach from being to empathize with something present, or to make the image seem distant from the here and now. For others, color can feel irreverent, non-standout from a sea of other colors, not stark or distinguishable from an advertisement or a family snapshot. 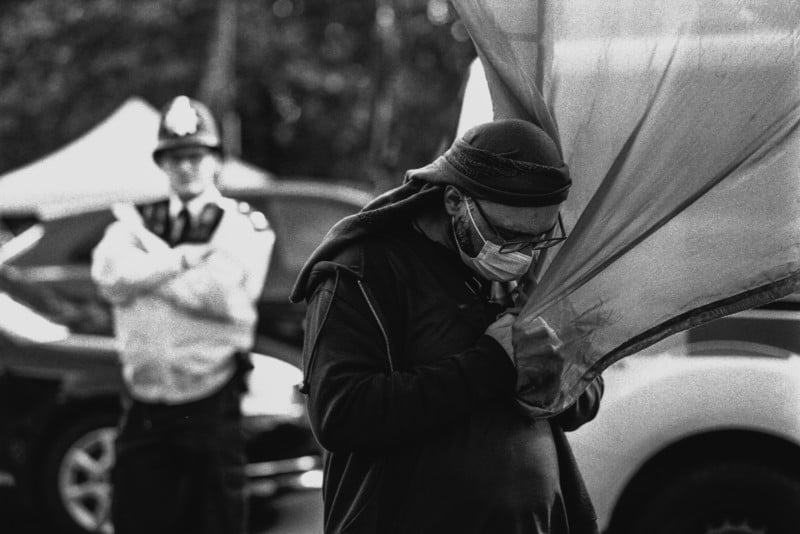 My perspective is that black and white photography has a weight and somberness, seriousness even when the images contain happiness, playfulness, wholesomeness, and fun. To me they feel like the essence of what is left in a memory when some of the details have faded, leaving only the fundamentally significant pieces to tell that story.

While color photography can highlight exact specifics through a more accurate replication, it can feel less impactful as a direct result. Those perspectives may be entirely the reverse of other peoples, but they are an informing aspect of my own practice, and part of the reason the vast majority of my current work exists as black and white negatives rather than C41 or E6. 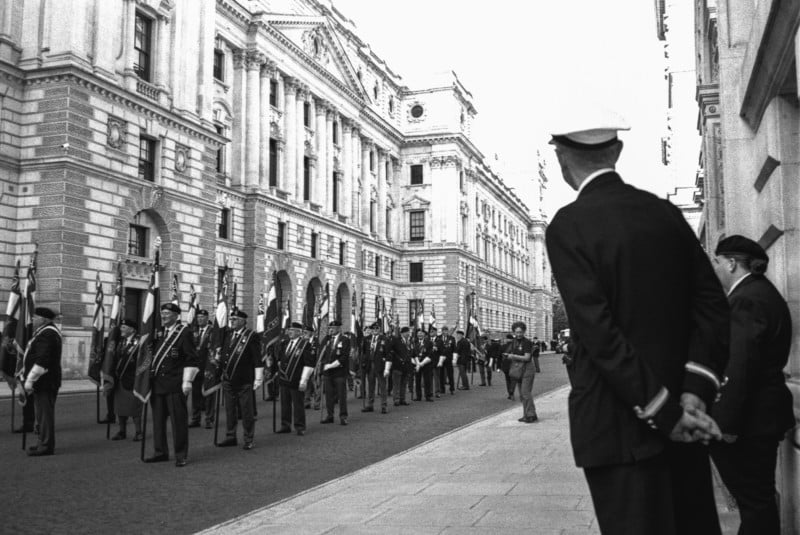 I think that modern color photography and other contemporary practices like 3D photography, VR worlds, and whatever comes next feel like they lean towards attempts to become indistinguishable from reality, whereas black and white photography is very distinguishable as its own thing. It doesn’t try to be anything other than a photograph, which means it can be used to relay ideas and illustrate stories which could be very difficult for someone without good visual literacy to understand if presented in another way, even if that way was more “real” for them.

As such, all of my photographs from the “present moment” I make them in will have a mostly consistent palette to the ones I will hopefully be photographing ten years from now, meaning that the story must be contained in the subject and situation rather than in the aesthetic. If I want to ground a photo essay in a specific time or place I must either find a way to produce establishing images featuring that information, or provide it in the captions, title, or other context in the presentation. 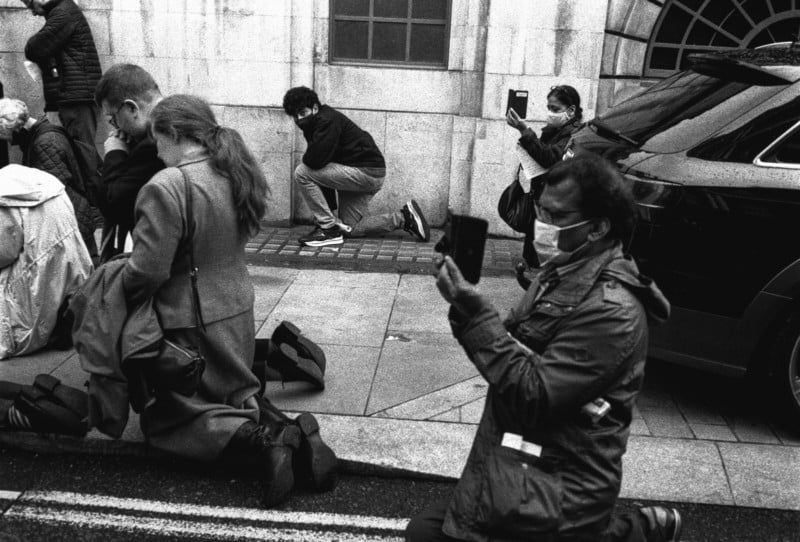 Whatever my perception may be, I can understand how to others it can feel like black and white offers more separation than attachment from a photograph. Without that wider context of photographic visual literacy, it won’t matter that overall we are only a few generations away from the start of photography in the first place: we are not really too distant from any photograph, even the first one ever. All photographs that exist are of recent history from our perspective; none show anything older than 200ish years.

While black and white images for some may feel like history, that doesn’t mean it’s ancient history – and history itself doesn’t directly mean that something has “passed” just because it’s in the past. Many significant historical images which are black and white remain relevant not because of the aesthetic but because of the meaningful human truth they may contain. Work made during Apartheid in South Africa during the early 1990s for example is well within many of our current lifetimes, not distant at all, even though there is a good quantity of both black and white and color imagery. 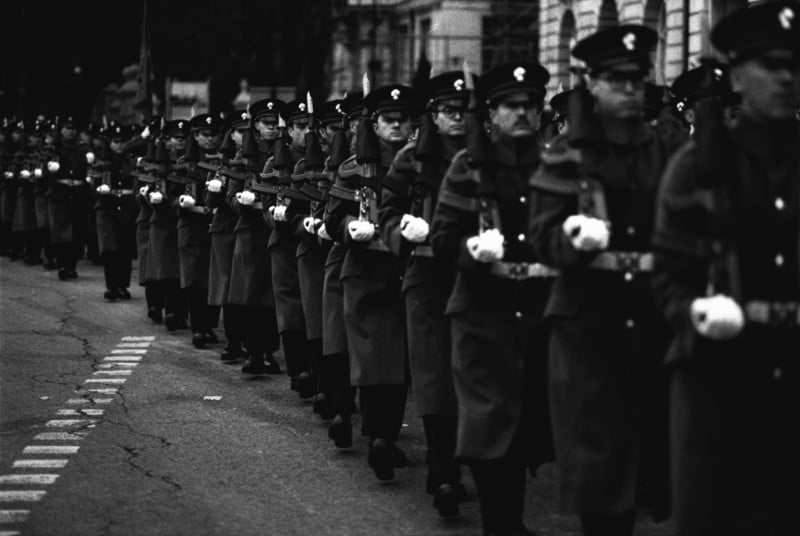 Many contemporary photographers continue to work with black and white photography to tell immediately impactful, current work; doubters of this should have a look at the work of Aiyush Pachnanda, Mavis CW, Sagar Kharecha, Frank Thorp V, and Mel D. Cole.

Color photography is now so accessible to the majority that color may not even be a consideration, compared to options that could be a priority like AR filters or sequential collaboration. The choice to desaturate is one possible direction among multitudes, and the decision to do that preemptively may be interpreted as part of any number of agendas, not only artistic or documentarian.

I think the translation of this intent remains the responsibility of the author and cannot rely on photo literacy, the context of photography within its own history, or overall history. If a photographer presents work without being able to support the process behind something that may require explanation to an audience that may require it then choosing to not do so may have consequences, just as offering such an explanation may also frame work in a certain way.

I do my best to offer context around the way I work in writing like this, and also on my personal blog, so that the process is available for those interested, but not necessarily printed on the page next to images when publishing.