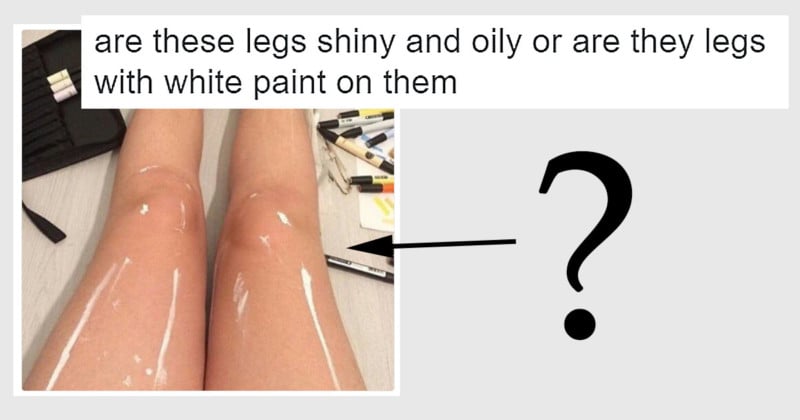 
The discussion started after Twitter user @kingkayden republished a photo of “shiny legs” and asked: “are these legs shiny and oily or are they legs with white paint on them”?

are these legs shiny and oily or are they legs with white paint on them pic.twitter.com/7Z8e8F1JCZ

The photo was Liked and Retweeted tens of thousands of times, and a day later, seemingly every news outlet was talking about the photo.

While some people say they original saw shiny legs, others are confused as to how anyone can see anything but white paint streaks.

@kingkayden Without a doubt, white paint. There are no light reflections or distortions on the legs as there would be if oiled.

Photographer David Hobby weighed in on this “brilliant” illusion, saying that it’s a trick car photographers have long used for their work:

Unlike #TheDress, however, the answer to the question has been clear from the beginning. The photograph was originally shared by Instagram user @leonardhoespams with the caption: “I like the feeling of paint on my skin.”