NASA announced this week that its Parker Solar Probe was the first spacecraft to ever “touch the Sun” by flying through its corona, or upper atmosphere. The probe captured the first photos ever from within the corona, and those images were then turned into this incredible 13-second timelapse video.


The footage shows what the Parker Solar Probe saw as it passed through the Sun’s corona back in August 2021, flying through structures known as coronal streamers.

“These structures can be seen as bright features moving upward and downward in this video compiled from the spacecraft’s WISPR (Wide-field Imager for Parker Solar Probe) instrument,” the JHU Applied Physics Laboratory writes. “Such a view is only possible because the spacecraft flew above and below the streamers inside the corona. Until now, streamers have only been seen from afar.”

These are the same streamers that can be captured from Earth in photos of total solar eclipses.

“Flying so close to the Sun, Parker Solar Probe now senses conditions in the magnetically dominated layer of the solar atmosphere – the corona – that we never could before,” says Parker project scientist Nour Raouafi. “We see evidence of being in the corona in magnetic field data, solar wind data, and visually in images. We can actually see the spacecraft flying through coronal structures that can be observed during a total solar eclipse.”

The Milky Way can be seen rotating across the frame in the timelapse, but what’s even more incredible is that multiple planets in the Solar System were also captured in the images. There are even views of Earth as seen from within the Sun’s atmosphere.

Here are the features and planets labeled in still frames by astrophysicist Grant Tremblay of the Center for Astrophysics, a collaboration between Harvard and the Smithsonian Institution: 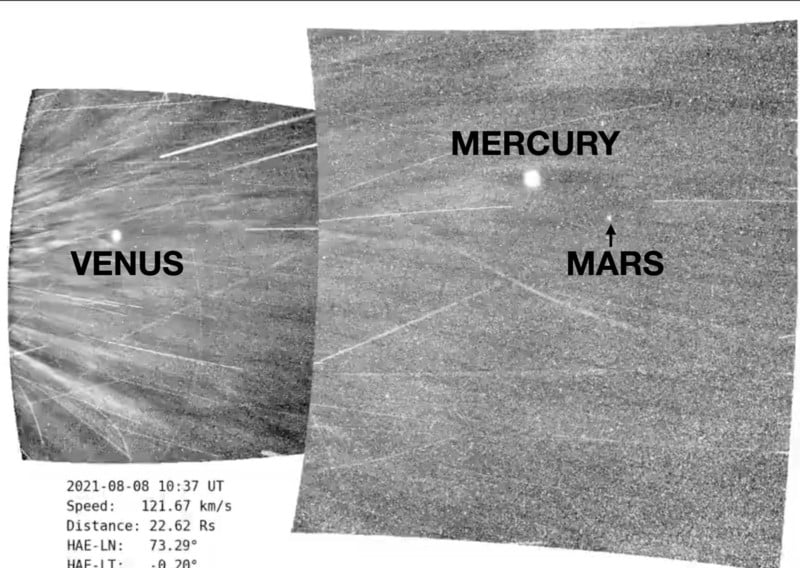 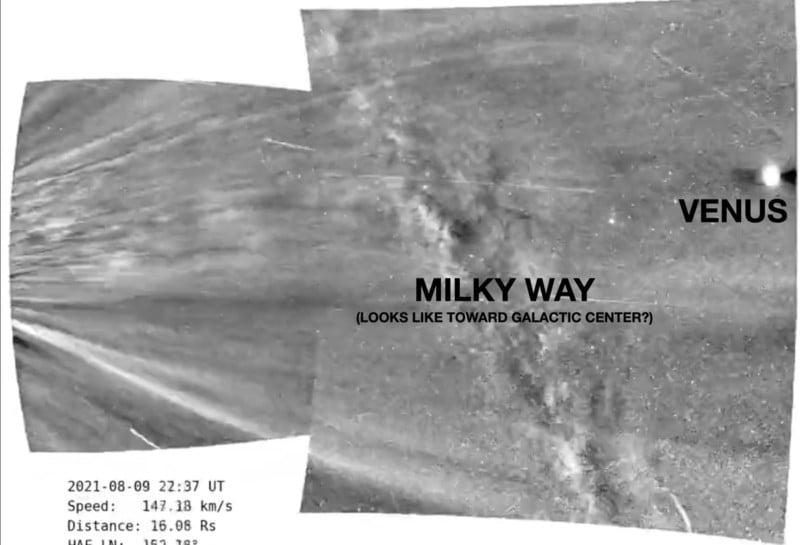 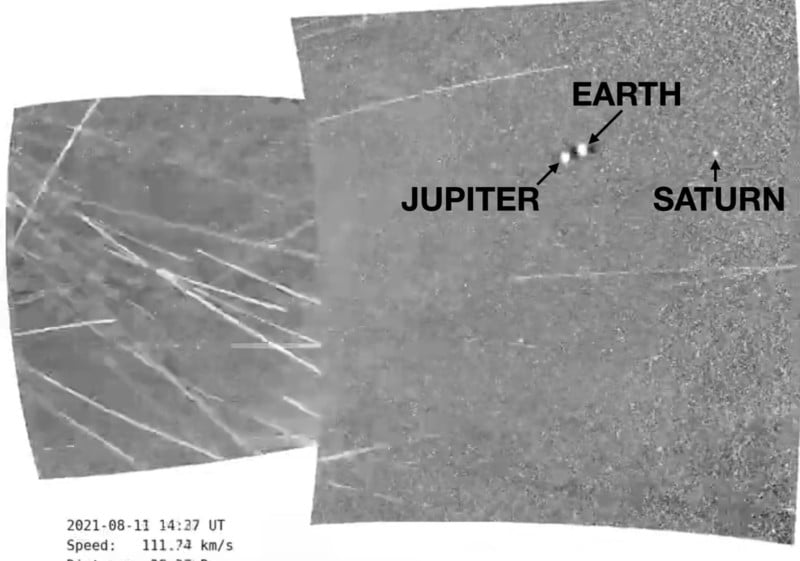 The Parker Solar Probe will continue to make closer and closer approaches to the Sun’s surface over the coming years, and it is likely to enter the Sun’s corona again as early as next month.

“I’m excited to see what Parker Solar Probe finds as it repeatedly passes through the corona in the years to come,” says NASA Heliophysics Division Director Nicky Fox. “The opportunity for new discoveries is boundless.”