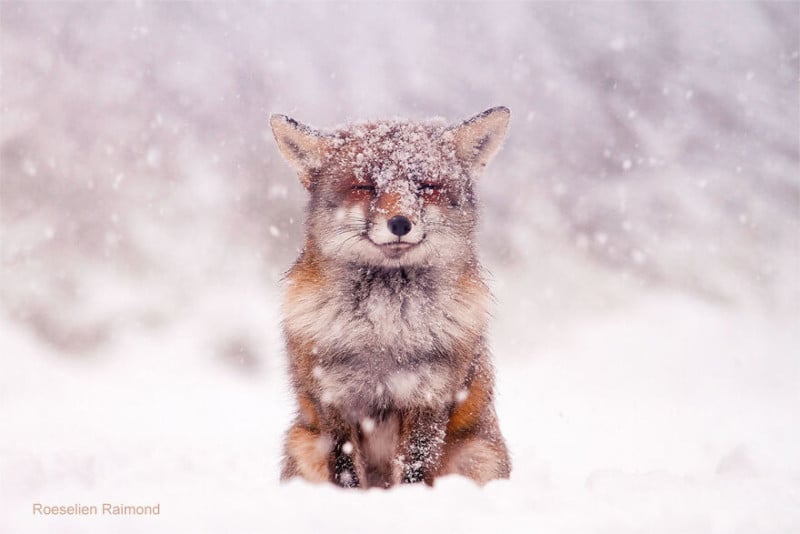 Photographer Roeselien Raimond is particularly fond of foxes, and during a winter day when the weather was uncharacteristically rough, she came across and photographed a fox adorably covered in snow.

Raimond is a wildlife photographer whose favorite subject is a fox. She has been dutifully building a collection of fox portraits over the last 10 years and regularly goes out of her way to find and photograph them in the wild. Raimond says that where she lives, snow is rare and blizzards are even rarer. When she learned that an unusually strong storm was to hit her area, rather than hunker down she instead went straight into it in order to enjoy the unusual event. 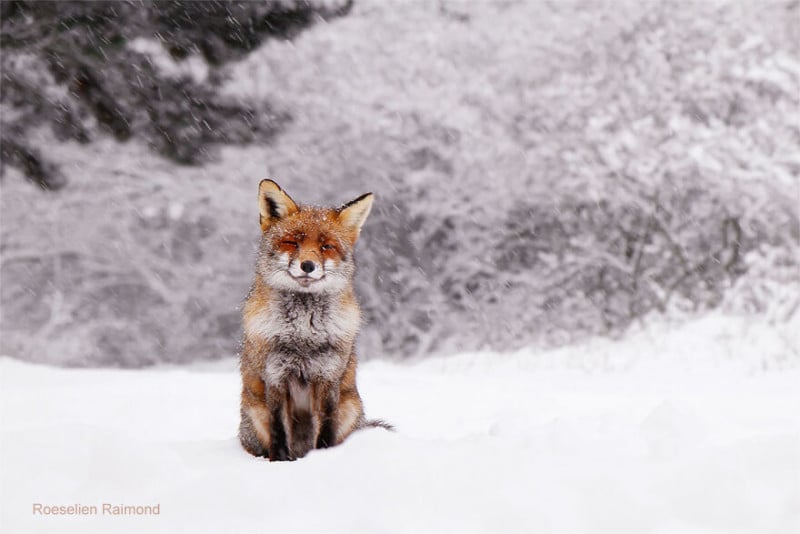 “I knew this would be a risky venture. I had no idea if I would ever arrive and I’d rather not think about ever coming home,” she writes on Bored Panda.

After hours of traveling to a chosen area, Raimond came across her favorite subject: a fox.

“I held my breath and dared not move. But instead of running away, like I was used to foxes back then, she sat quietly as the snow fell on her,” Raimond says. “Strangely enough, it didn’t seem to bother her at all. She just took the snowstorm completely calmly. In fact, she even seemed to enjoy that new white world, as I did!” 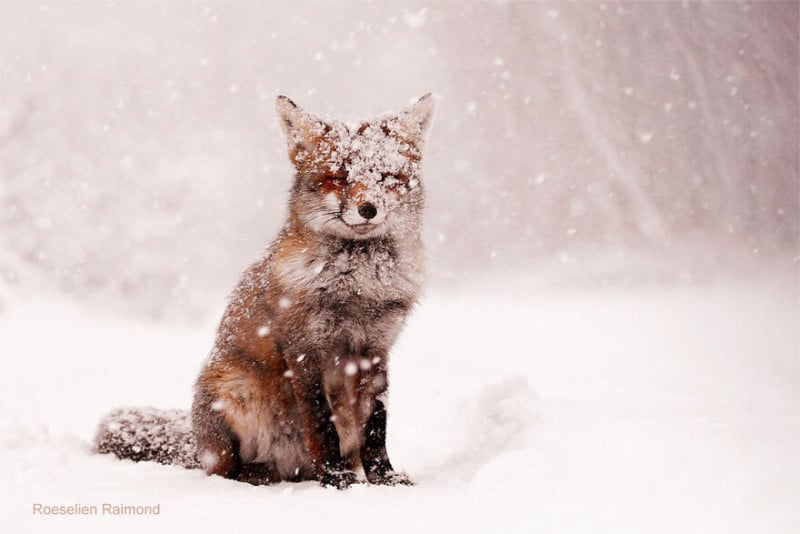 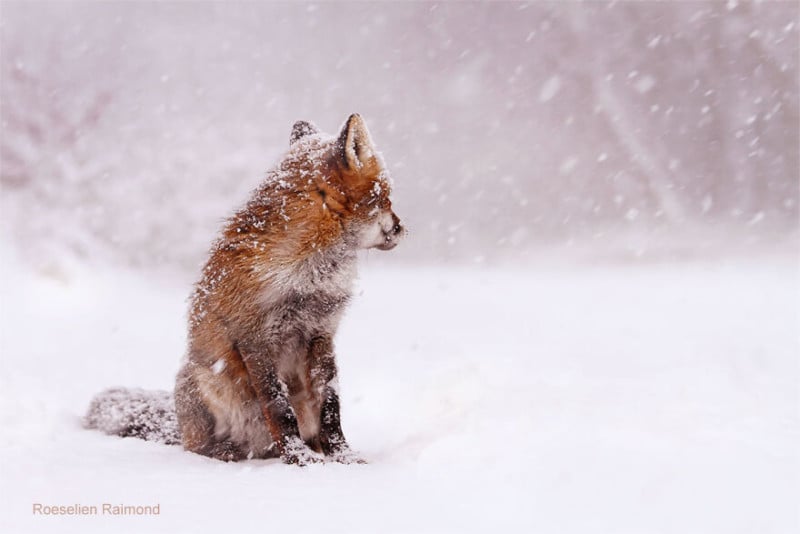 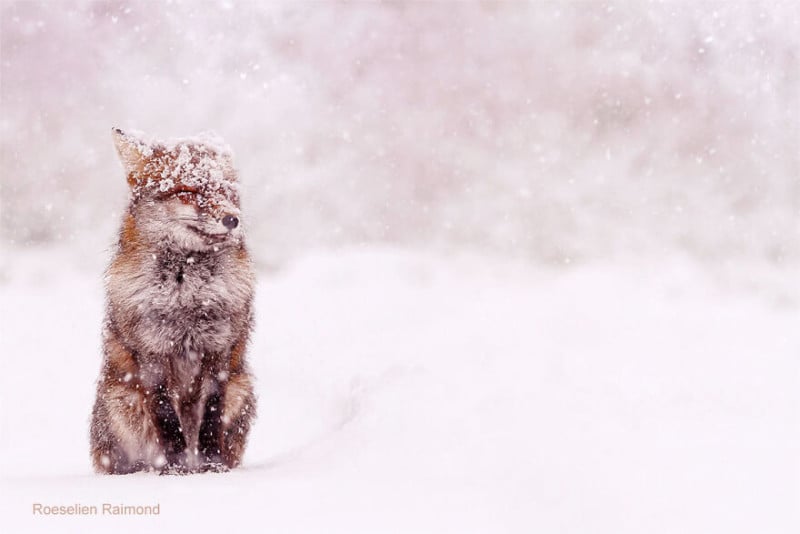 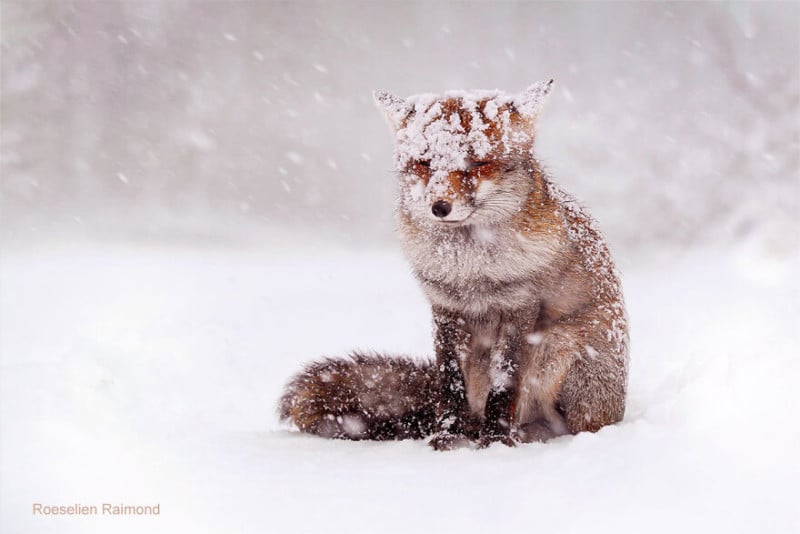 “Because they were (heavily) hunted almost everywhere in the world, they have (rightly) become afraid of humans and were forced to be nocturnal, just to avoid us people. 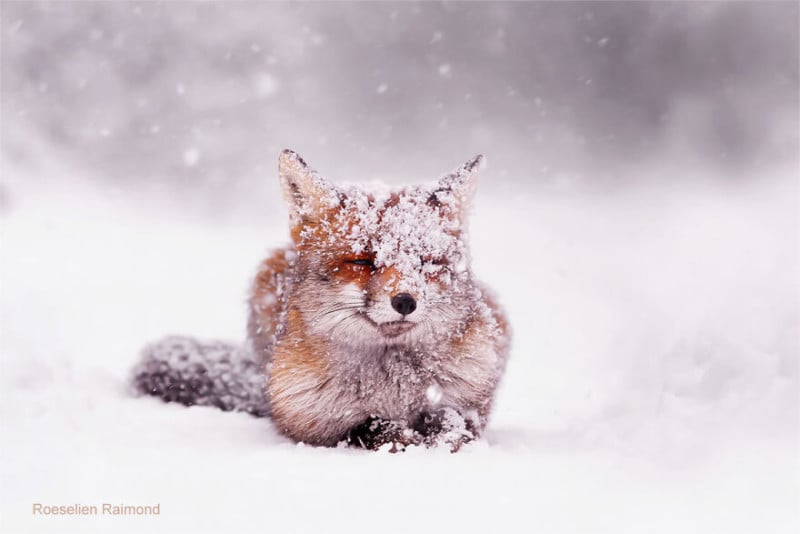 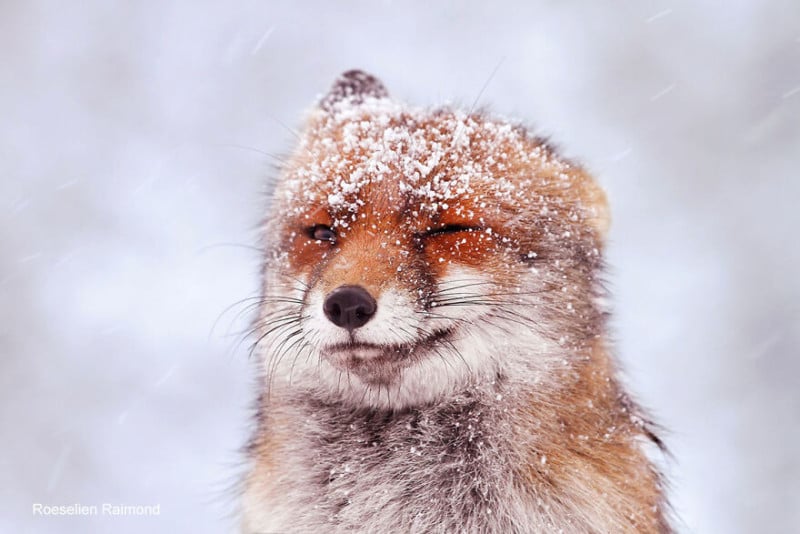 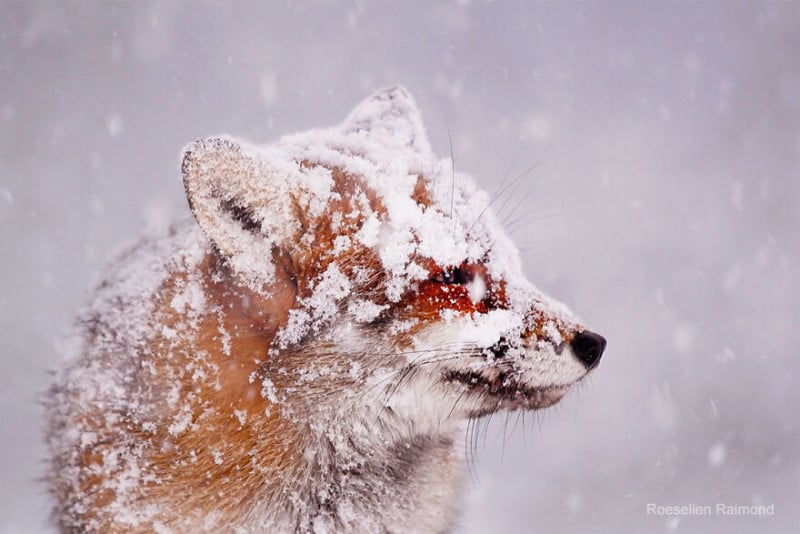 “In the area where I went, they are not hunted. There are no dogs or cars and even bicycles are not allowed. So the foxes literally have nothing to fear, except occasionally their own kind, so they are not so afraid of humans. And if you take the time and rest you can study these foxes and if you are lucky they will give you the chance to take some nice pictures of them as well,” she explains 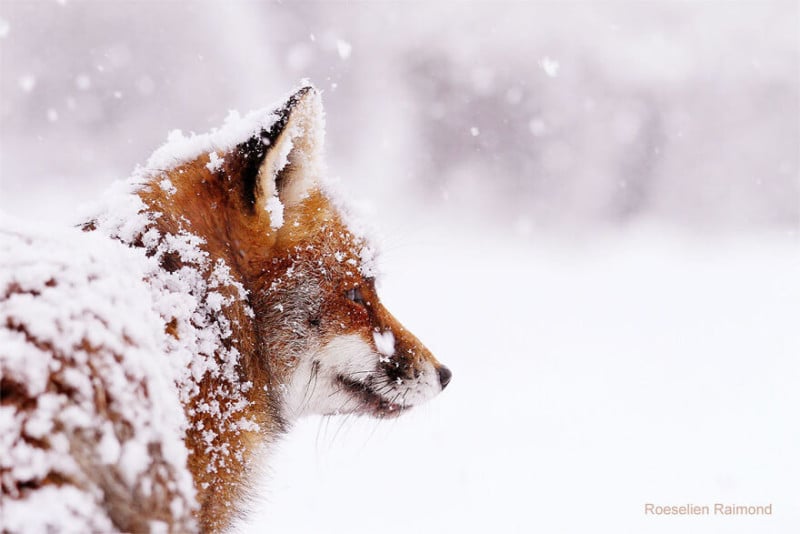 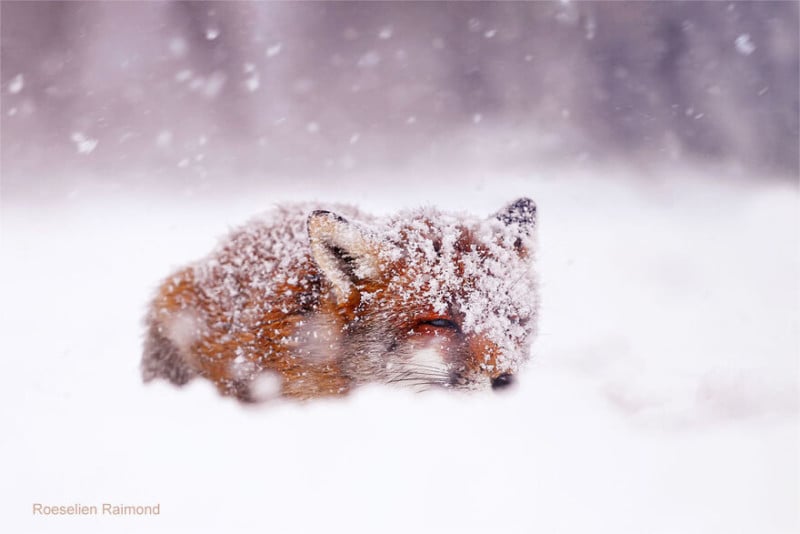 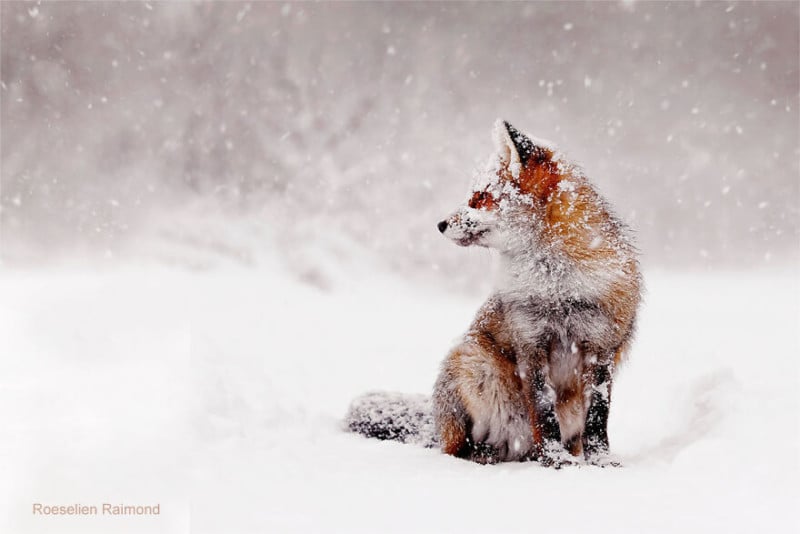 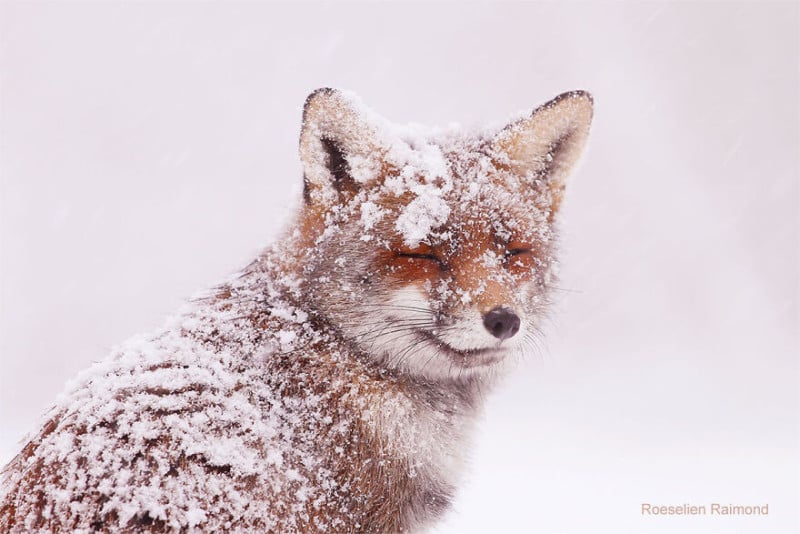 “These photos were taken with a 5D Mark III. A great camera, but not very suitable for working unprotected in the snow. It was so cold and it snowed so hard that all my buttons quit functioning, except the shutter button,” she says. “Fortunately, that’s basically the only button that really matters. Nowadays I have a rain cover, which is advisable with this kind of weather. As well as very good clothes!”

“Very occasionally, I find myself in the right place at the right time and I end up in a beautiful winter fairy tale with one happy fox that, even today, is still able to make me — and hopefully others — smile,” she says. “And it is nice to know that magic can happen. Also, or just at the moment you no longer expect it.” 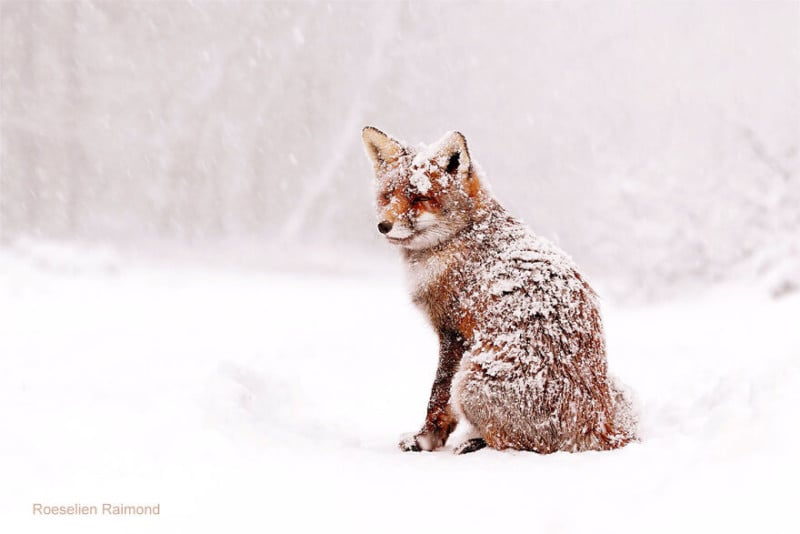 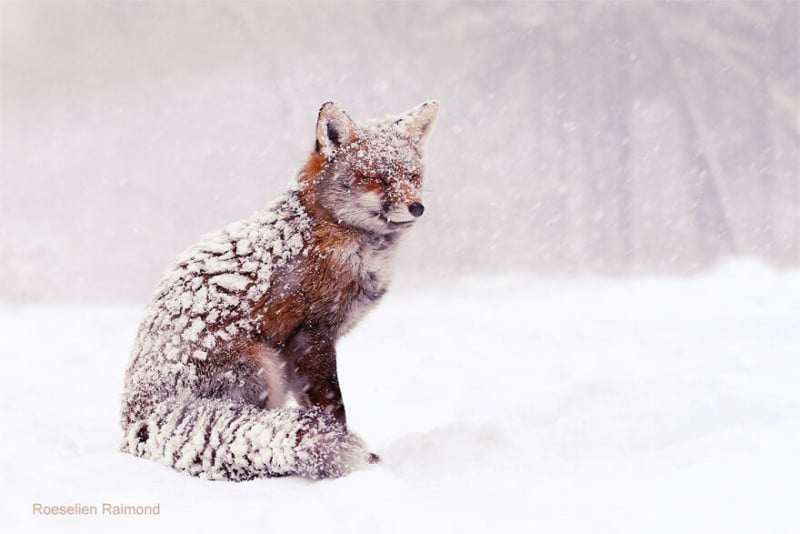 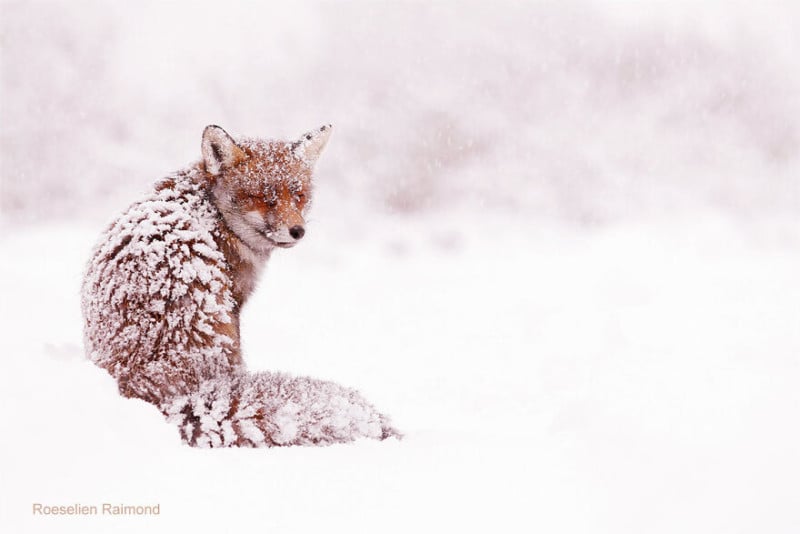 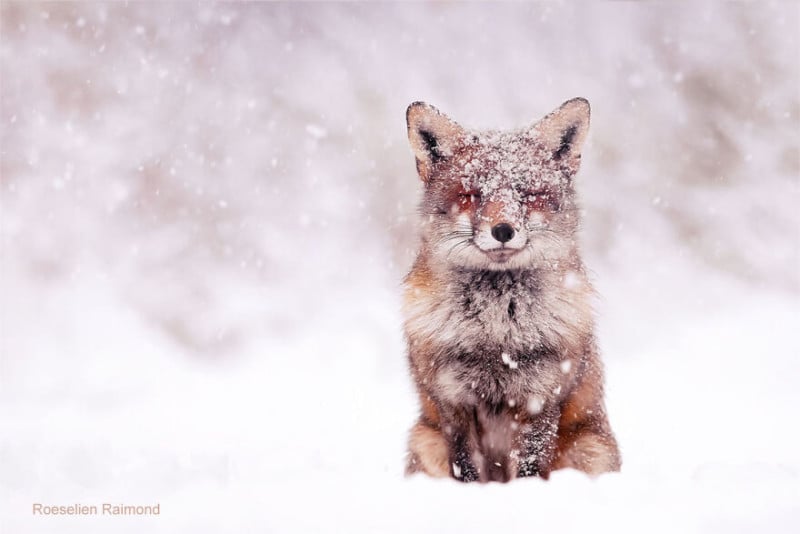 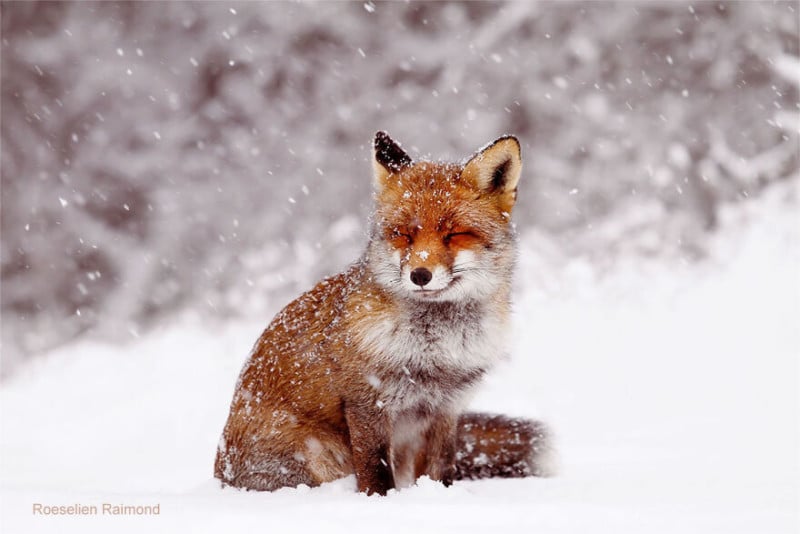