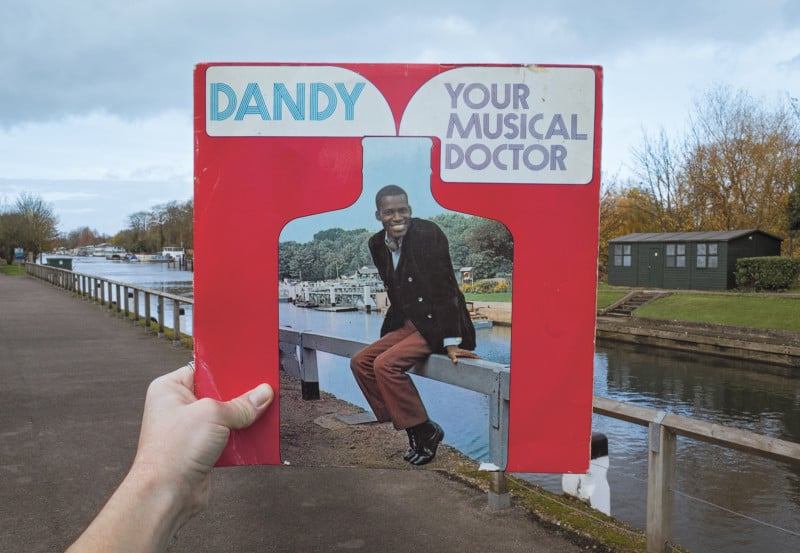 The series, called Retracing Reggae Record Sleeves in London, focuses on a set of more than 50 reggae record sleeves from between 1967 and 1988 that were shot in London. Bartsch says that after years of research and working in tandem with Al “Fingers” Newman of One Love Books, he identified and photographed the covers in their original locations. Held at arm’s length, the record covers are aligned perfectly with their surroundings decades after the album photos were taken.

Bartsch says that when presented this way, the images document the passing of time and provide insight into the history of reggae music in the United Kingdom, which he says is a largely overlooked but immensely important part of Britain’s popular culture and musical identity. 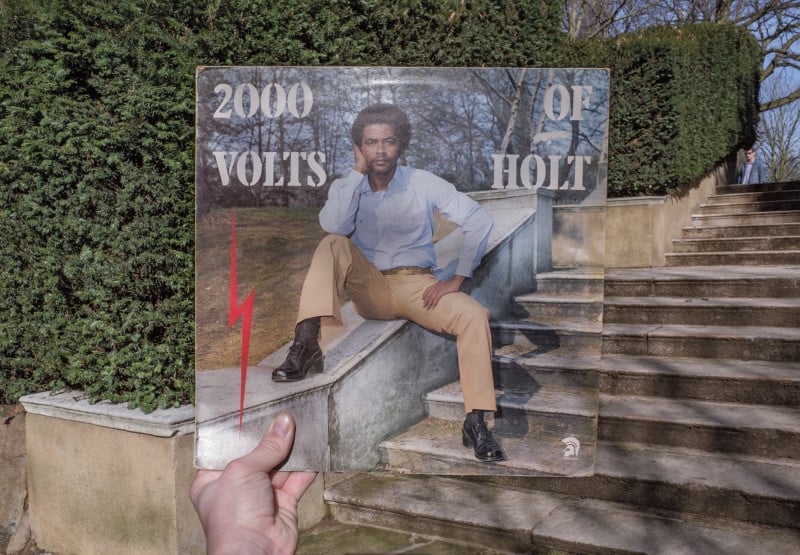 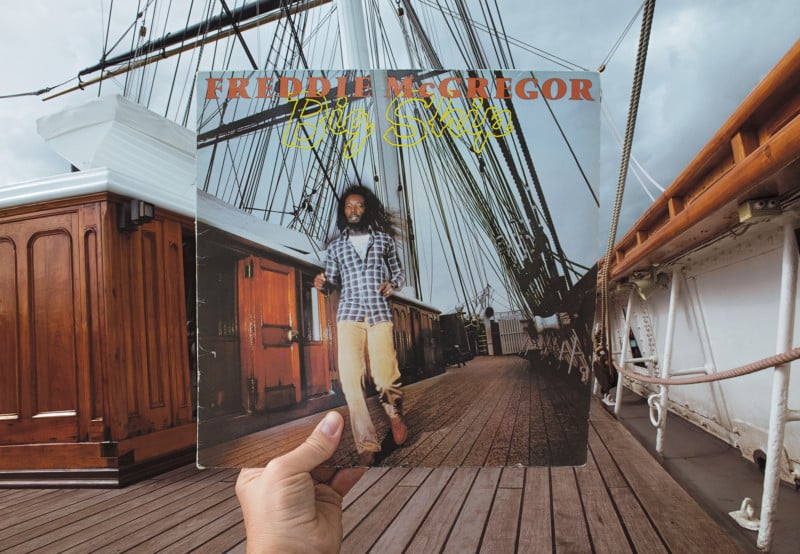 “I love the music and the energy coming out of Jamaica,” Bartsch tells PetaPixel. “I have been collecting Jamaican music for a while now and it makes up for most of my music collection. Being a photographer, collector, and music lover, I was lucky to be able to link all those things that interest me into one project.”

Bartsch says that finding the locations was a mixed bag. Some were easy, like the ones that feature known London landmarks or those that were local to him. Others were not so easy and took him months of research to find. 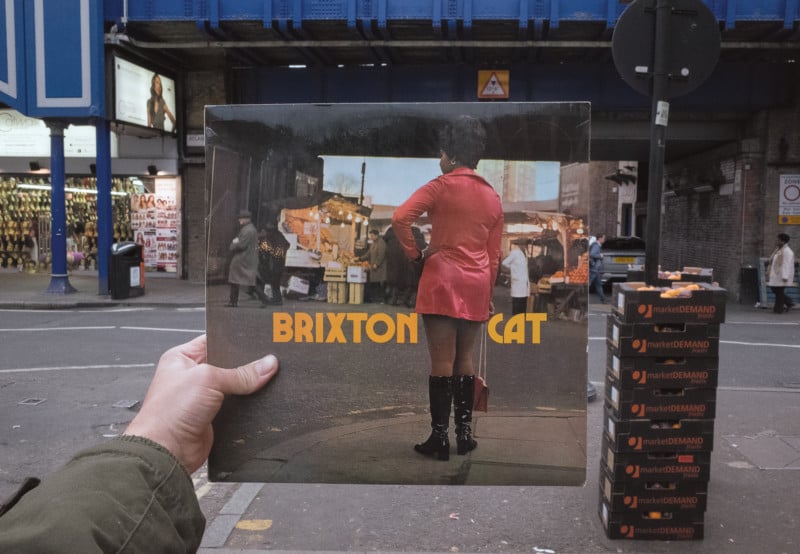 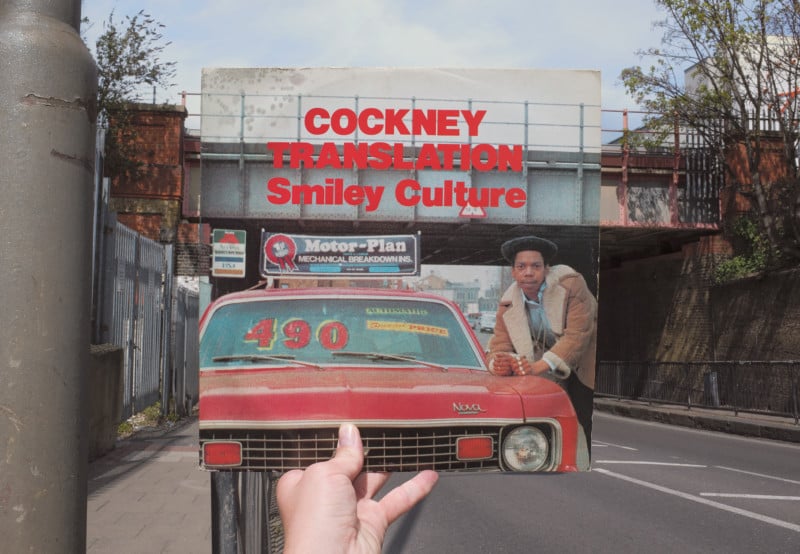 “The most difficult one was probably Greetings by Half Pint,” he says. “He is standing on a balcony on one of the top floors of a 20-story tower block in south London. I had to determine which of three tower blocks it was, then what floor, and also what exact flat it was taken in. I was helped by the tower’s maintenance guys and was welcomed by the current occupants of the flat to take the photo out of the window. This was one of the very last photographs of the collection.” Bartsch says the leading reason he started the project was becasue he wanted to showcase the role of London in the story of Jamaican music and how much the culture was present in those days that later influenced the sound of British music for decades to come.

“The images mean different things to different people, and that’s the exciting aspect of it,” he says. “Some liked the idea and concept itself and some found it nostalgic and shared stories from their past with me which was very inspiring.” 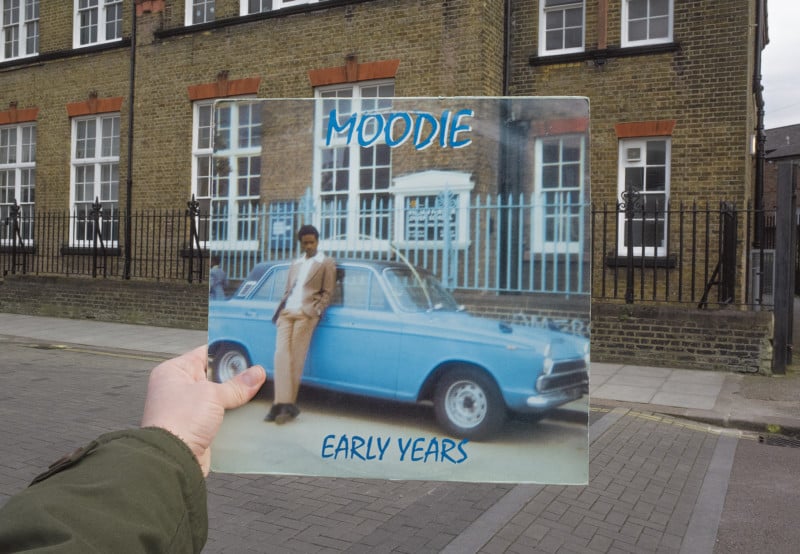 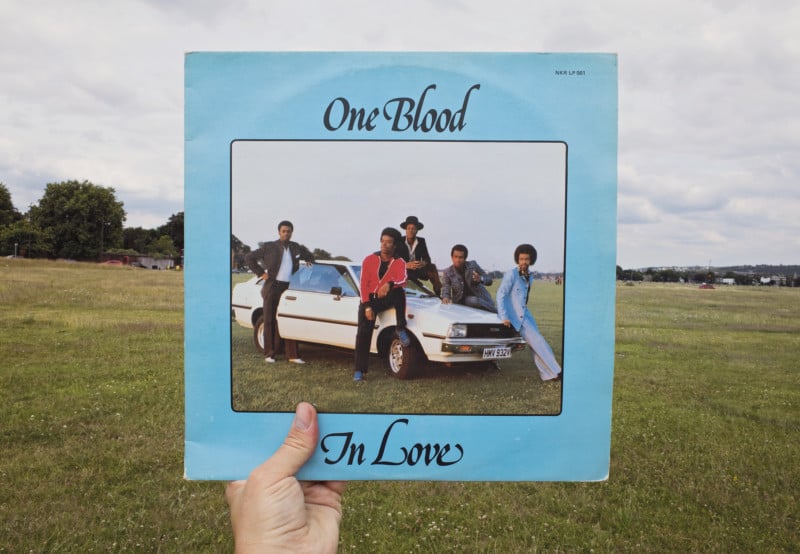 The photo series has been published as a book that includes interviews with the people involved in the album in some way, be it the original artist, photographer, designer, or someone from the record label. Excerpts from these interviews are included alongside each photograph. Bartsch is also slowly releasing each photo as an NFT on Foundation.

Bartsch says that even though he has finished his original goal, he’s not done. He plans to continue the project and expand to different genres and cities around the world and has already added 50 more photos to the series for release at a later date.

Image credits: All photos by Alex Bartsch and published with permission.