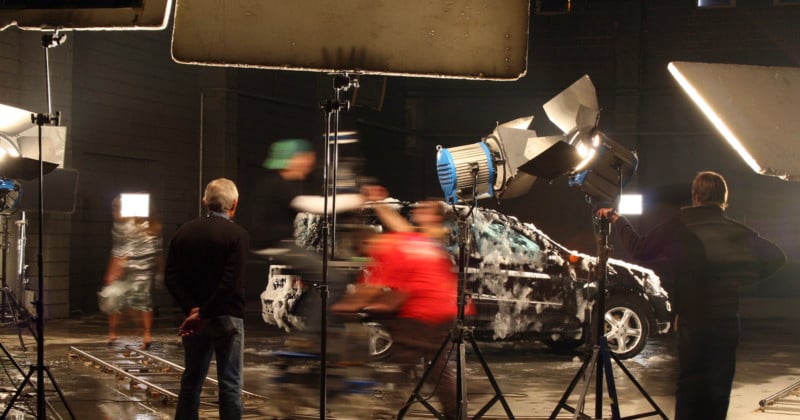 As Hollywood made the most out of production companies in central Europe during the pandemic, the industry in the region has now been left with large staff shortages and is struggling to keep up with the demand.

Reuters reports that Hollywood picked central Europe for filming during the pandemic because the region kept its cameras rolling while most of the production was halted in the United States. Now, the area is one of the world’s largest hubs with around $1 billion a year generated from the United States-based movie and television businesses. The attraction of the region also lies in its lower labor costs, more generous tax incentives, and access to picturesque locations like countrysides and castles.

The demand is so high that production companies struggle to find enough qualified staff to keep up with the needs of large clients like Netflix, Amazon, and Apple. Hungary’s state-of-the-art Korda Studio, which is one of the world’s biggest sound stages, has reduced its output and focused on fewer shots and movies to maintain quality. It has also had to come up with imaginative ways to achieve more with less.

“Set directors and designers have to be smarter about shooting angles,” says Korda’s Chief Executive Gyorgy Rajnai. “Now we build a house with three sides instead of four. We save on resources, time, and people.”

Other companies have had to turn to hire less experienced staff to fill the demand and at times have to turn down new work altogether due to lack of resources.

Jonathan Olsberg, executive chairman of London-based film industry consultancy Olsberg SPI, says that “this is a fundamental global problem and we will be experiencing these shortages for years to come.”

The film-industry giants also “suck up a lot of the local talent” which further increases the competition between production companies who are looking to hire with some resorting to poaching one another.

Although this is not an ideal situation for the companies, it has created an appealing environment for those who are looking to enter the film industry or those who want to climb the career ladder faster.

“If people keep their eyes open and want to work in the film industry, now is a pretty good time,” says Vojta Ruzicka who was worked for nearly 20 years as a logistics specialist and productions in Prague for big titles like Mission Impossible 4 and Captain America: The Winter Soldier.

For photographers in the region who may still be experiencing a downturn in demand for their work, now is an excellent time to consider moving over to movie production where many photography skills easily translate.