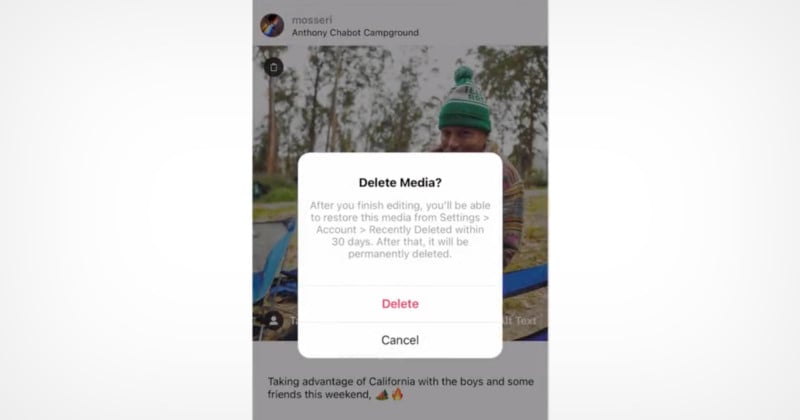 Instagram has released a long-awaited feature that allows users to delete a single image or clip from an already uploaded carousel.

Previously, in order to delete one or more images from a grouped carousel, Instagram users would have to delete the whole post and start over. But as of today, users will finally be able to delete single images from groups thanks to an update that is rolling out to iOS users (with an Android update coming soon, too).

Adam Mosseri, the head of Instagram, introduced the new update in a brief Twitter video post and demonstrated how it works on his iPhone. Users simply need to tap to edit the carousel post, swipe across to the image they want to remove, and press the delete button on the top left of the screen.

The update comes four years after Instagram introduced the carousel option for the first time and allowed users to share up to ten photos and videos in a single post. The carousel deletion feature is one that should have been introduced a long time ago and has finally found its way into users phones, Mosseri adds in the video.

Did you know about these 💎s? Any other features you’d like me to cover? Let me know 👇 pic.twitter.com/Yx0q4UGFfb

He also introduced another feature, called “Rage Shake.” As the name suggests, this feature allows users to vigorously shake their phones when Instagram is not working properly. This will cause the app to bring up Instagram’s problem report interface where users can share feedback on any bugs or errors they have encountered.

Mosseri explains that after submitting a report, a team member will take a look at the bug and it will also help the company prioritize problem reports and other things that need to be fixed in the app.