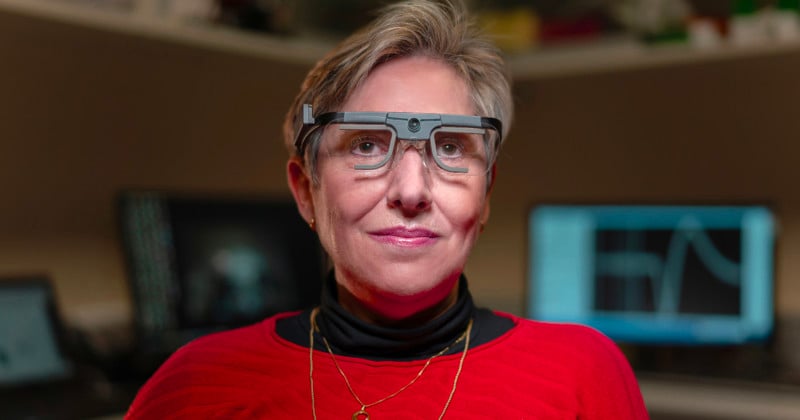 A team of researchers has found a way to restore sight to the blind by combining a brain implant with a pair of camera glasses.

As summarized in an article from The University of Utah, a team of researchers from the John A. Moran Eye Center at the University of Utah and Spain’s Miguel Hernandez University successfully created a form of artificial vision for a blind 58-year old biology teacher named Berna Gomez.

When she was 42, Gomez developed toxic optical neuropathy, a severe disease that destroyed the optic nerves that connect her eyes to her brain. The illness left her blind.

To try and give her back her vision — at least to some degree — the team applied what they describe as a “visual prosthesis” that combines a 4×4-millimeter electrode with a hundred micro-needles and attached it to the visual cortex of Gomez’s brain.

“We implanted an intracortical microelectrode array consisting of 96 electrodes in the visual cortex of a 57-year-old person with complete blindness for a six-month period. We measured thresholds and the characteristics of the visual percepts elicited by intracortical microstimulation,” the team explains.

The implant, called the Moran | Cortivis prosthesis, is designed to bypass the eye and optic nerve and send signals directly to the center of visual perception in the brain, which was the focus of the researchers’ attempts to restore Gomez’s vision.

After the implant was inserted into her brain, Gomez spent six months with the researchers in a lab where she underwent daily tests that allowed her to practice with her new implant. Over the course of that time, she learned to recognize spots of light and edges of objects that were fed to her as a direct stimulation from the prosthesis.

According to the report that was published in The Journal of Clinical Investigation, the researchers found the process to be a rousing success. There were no complications with the implant process and they were able to consistently obtain high-quality recordings from the visually deprived neurons of her brain over time.

During the last part of the study, the researchers combined the implant with special glasses with a built-in camera that scanned objects in front of Gomez and then stimulated the electrodes in her brain through the prosthesis, which enhanced her ability to “see” simple images. Gomez was then able to learn to see contrasting boundaries of black and white stripes on cardboard.

Based on the descriptions, what Gomez was experiencing was a completely new way of “seeing” that mimics how people with unimpaired eyesight perceive vision, but different since it has to bypass the normal optical pathways. This method requires training the brain to understand the signals that are being sent as sight over a period of time.

The results of their study have led the researchers to believe they have made major developments in the field. 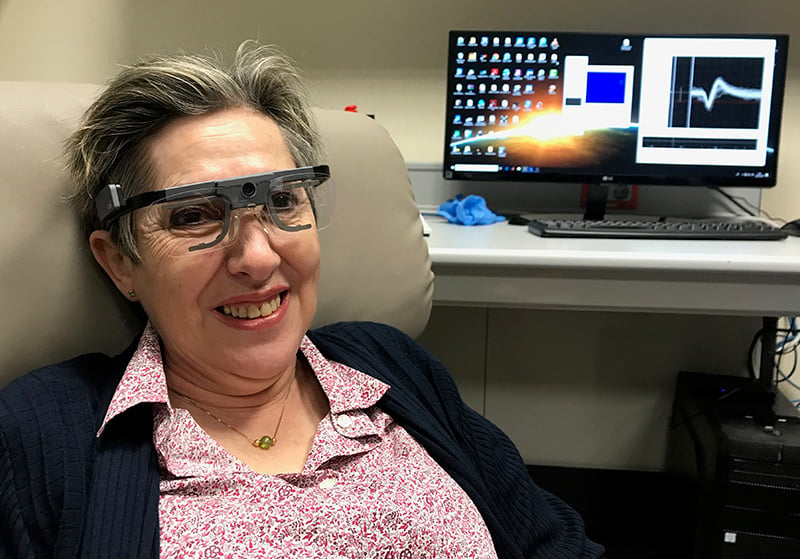 “We observed a learning process that helped the subject to recognize complex patterns over time,” the team reports and says that they believe that they have proven that this method has a high potential for restoring functional vision in the blind.

The full research report can be read in The Journal of Clinical Investigation.

Image credits: Photos of Berna Gomez provided courtesy of the John A. Moran Eye Center at the University of Utah.