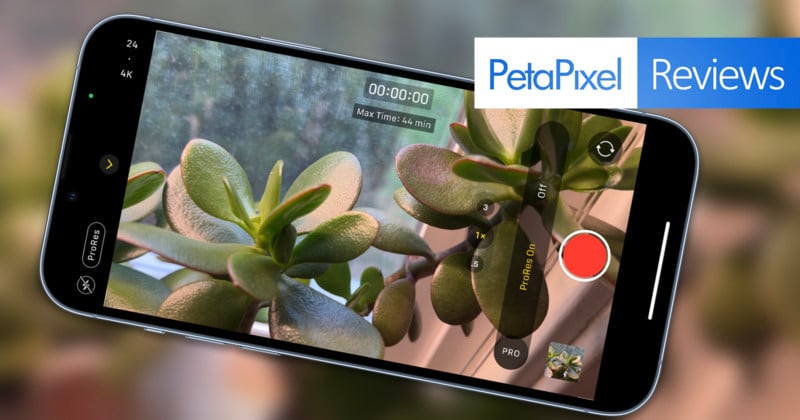 The iPhone has been the best smartphone for video capture for some time, and the iPhone 13 Pro is no different — it’s currently our pick in that category. So, naturally, adding ProRes 4:2:2 10-bit capability only makes that better, right?


The short answer to that is yes: totally. The long answer is a bit more complicated than that.

What is ProRes, and Why Should I Shoot in It?

I’ve shot several clips with the iPhone 13 Pro in ProRes in the native camera app and have examined the files closely over the course of the last couple of weeks. What I have found is that, in most cases, those shooting video this way won’t really notice a lot of differences between the standard video format and the new ProRes option. This is actually less of a knock on the ability to capture ProRes as it is an endorsement of the basic video capabilities of the iPhone 13 Pro.

ProRes is a file format that has a very high data rate that preserves the detail in high-dynamic-range imagery generated by the latest sensors. ProRes HQ preserves dynamic range several times greater than typical video files and has widespread adoption across the professional cinema landscape. This codec supports full-width, 4:2:2 video sources at 10-bit pixel depths, while remaining visually lossless through many generations of decoding and re-encoding.

As a bit of background on why you should care what I think about this, I owned and operated a video production company out of San Francisco for the better part of eight years and have worked with pretty much every camera system that came out over that period of time. From Canon DSLRs through RED cinema cameras, my team and I used what was the best fit for a client’s project.

In some cases, that absolutely meant an iPhone. In others, the Panasonic GH5. Suffice it to say, I’ve seen and worked with hundreds upon hundreds of hours of different video clips from every major manufacturer. 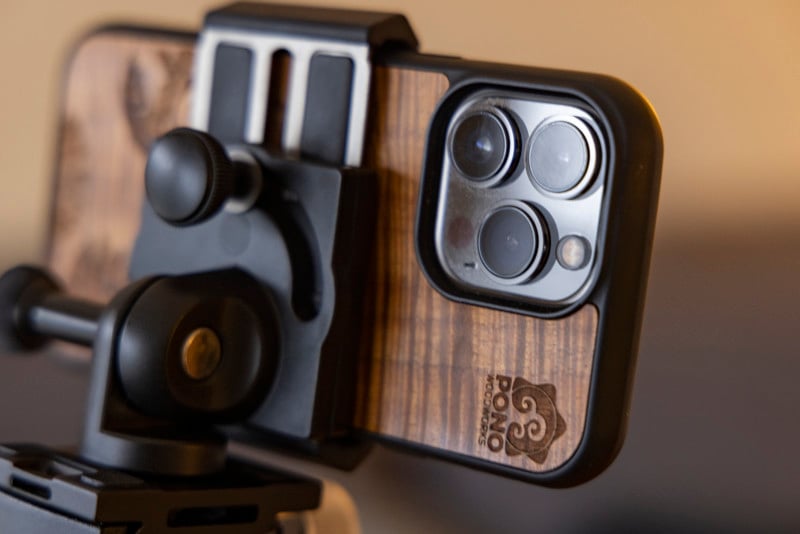 One thing that has always held constant across all cameras is that if I wasn’t already shooting in RAW video, the only reason to shoot in 10-bit 4:2:2 was if I was also planning to color grade that footage, in which case I would shoot in log. A log profile, or logarithmic profile, is a gamma curve shooting profile on cameras that provides wider dynamic and tonal range.

Shooting in log captures more data in the shadows and highlights so there is significantly more latitude when adjusting color and exposure in post. Shooting this way is a bad idea if you aren’t capturing as much data as possible, hence why I always shot in 10-bit 4:2:2 any time I was shooting in log. You can sometimes get away with 10-bit 4:2:0, but I’ve seen log footage absolutely fall apart with very little post-production applied when captured in 8-bit 4:2:0.

Likewise, if I wasn’t shooting in log, that meant I didn’t plan to color grade and there was almost never a point in attempting to record that much data.

Is there an advantage to shooting in ProRes HQ 4:2:2 10-bit when not capturing log? Technically, yes, I suppose so. Some argue that regardless if you plan to color grade or not, the detail preservation in fine motion that comes with ProRes is worth it. However, I think that for most people outside of high-end cases, it’s much less obvious and usually not worth the extra file sizes.

And boy, are those files sizes extra when it comes to ProRes on the iPhone.

That brings us to the iPhone 13 Pro and its 10-bit 4:2:2 ProRes HQ codec. This is a beastly codec that chews through storage on high-end professional camcorders and that’s no different when applied to the iPhone. 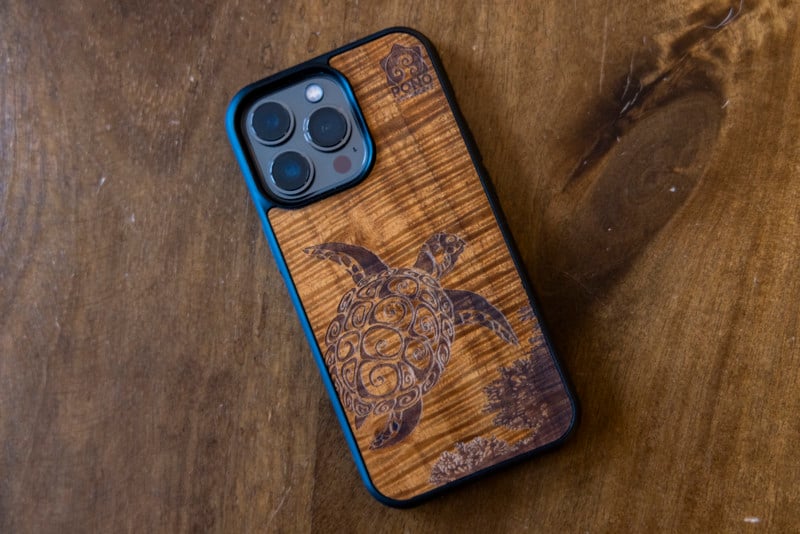 Comparing footage side by side in a variety of lighting conditions, I only saw a meaningful difference in what I would define as “complicated” lighting and color environments. In my examples below, both were color graded to push the files.

To start with, let’s look at what I would call a “normal” scene captured outside. Below are two stills from clips I captured one after the other, and I challenge you to tell me the difference between the ProRes and the standard versions.

But complicate the set a bit, and ProRes does stand out as better.

In this second set, the nuance of color is more defined in the ProRes file, which is most obvious when you look at the gradations of color on the nebula on my left-side computer monitor. The shadows are also slightly improved on the ProRes side, though I imagine this would become even more pronounced had the iPhone’s native app allowed me to capture both options in log.

Looking at single frames isn’t the best way to gauge quality, and I recognize that. ProRes will actually capture fine motion better too, but you really have to be looking for it in order to see it. Falling rain, blades of grass blowing in the wind, or mud kicked up by tires all will have much better-defined pixels that will stand up to scrutiny. How often will iPhone footage of these kinds of things be subject to that level of scrutiny? I say rarely, but that’s up to the creator to decide. If this kind of detail is important to you, ProRes is a must.

Another thing that ProRes did seem to give me are clips that are slightly less over-sharpened. I do mean slightly, but looking closely, I think the ProRes files generally look more natural and more like a dedicated video camera. That’s not to say there still aren’t problems that are endemic to tiny smartphone sensors though that will show up regardless of your format. Shadows and low-light environments get very noisy very quickly, and that’s not something you can fix in post very easily.

I mentioned log and that kind of connects to my overall wishes for the shooting experience: I found myself wanting more. Apple’s interface is designed to be simple, but when I’m shooting footage I care about enough to capture ProRes, I want to have more options and more visibility.

Luckily, we have third-party apps for that. FiLMiC Pro, for example, gives a lot more professional of an interface with scopes, control over different frame rates and aspect ratios, and a lot more shooting options including multiple ProRes formats. It actually makes the iPhone feel like a dedicated video camera, which is awesome. The native iPhone camera app is fine, but it’s very basic. You can do a lot with it, but it’s not going to feel like shooting on a real camera does.

And that’s kind of the conundrum. The people who would benefit most from ProRes aren’t going to want to use Apple’s native app because of that simple interface, and those who probably would be just fine using the native video codec won’t really need the much more out of the camera app.

I guess what I’m saying is that the folks who benefit the most from Apple enabling ProRes are FiLMiC Pro — who made a great video capture app even better now — and its customers.

As mentioned, FiLMiC offers the ability to shoot in several different ProRes formats, including ProRes Proxy which offers 90% of the benefits at one-fifth the storage capacity of ProRes HQ. I think that’s probably worth it, especially compared to the bear that is ProRes HQ. FiLMiC is also working on enabling its iPhone log profile in ProRes, which I think would be a great addition.

If you’re shooting and editing entirely on your iPhone, you’re probably not going to have any issues with the workflow. If you’re planning to edit on your computer, however, it’s not the best experience. First of all, most people will want to turn off HDR video capture if they aren’t editing in an HDR-friendly system. Premiere Pro is a pain in this regard, but Final Cut makes it a bit easier. 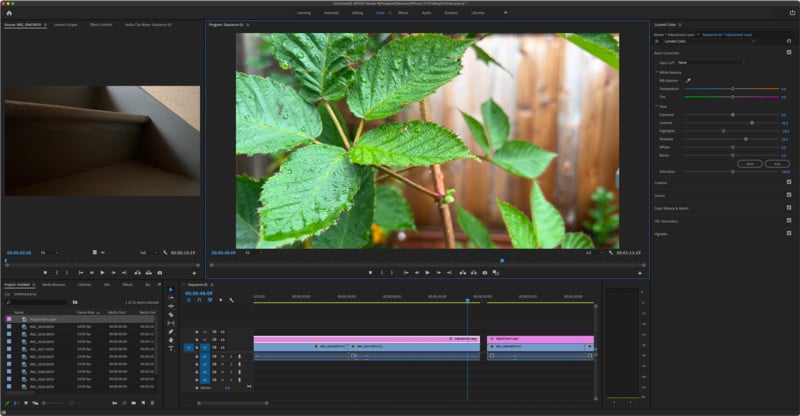 The main issue for me is the bottleneck that happens when you try and move footage off the iPhone. You can use a Lightning connection, but the transfer rates are pretty slow: it caps out at USB 2.0 speeds. You could also passively upload footage using iCloud, but I don’t know many editors who shoot footage and are willing to wait a day to get to a place where they could download them on top of the time that download would take.

The other option is to use AirDrop, and while I found this to be very stable even with a bunch of files, it bogged down my WiFi connection so my computer was pretty useless during the transfer process and it took a very long time: about 10 minutes to transfer 8.5GB of footage. In contrast, it took 12 seconds to move that same batch of files onto my Thunderbolt hard drive array after they were AirDropped onto my iMac.

USB-C would have been a boon here, and I found myself quite jealous of the iPads that have already ditched Lightning for it.

A Great Camera for Video is Even Better

Confusing, right? I can’t fault Apple for adding an outstanding video profile to the iPhone. Quite the contrary, actually, I give them a lot of praise for it because it legitimately makes the iPhone better. Even if most people won’t have any use for it, those who make content in FiLMiC Pro are going to absolutely love having access to this format. That’s not to say shooting ProRes on the native app doesn’t have its advantages, they’re just a lot less apparent and often not worth the data rate tradeoff. 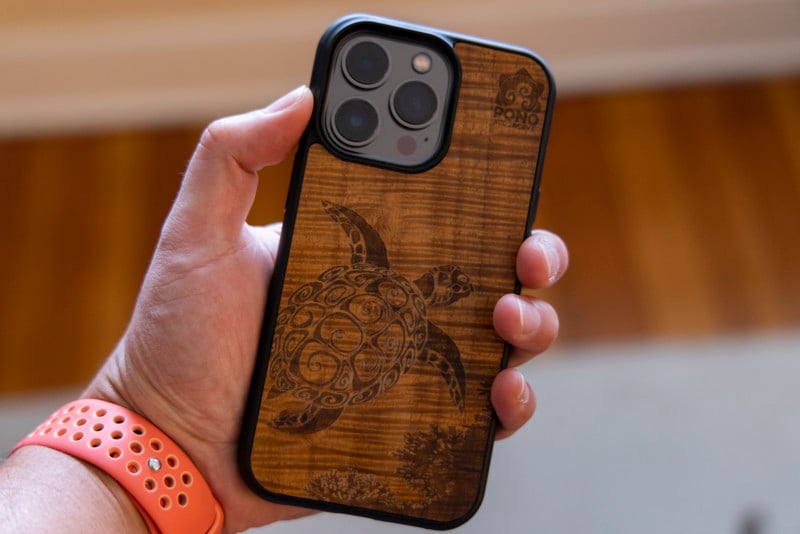 Right now the iPhone is pretty much it when it comes to having access to this high-quality of a codec. As mentioned, the experience is actually better when using FiLMiC Pro because you can shoot in ProRes Proxy, but FiLMiC required Apple’s hardware acceleration in order to offer ProRes as a capture format to begin with; so applause for everyone.

Should You Use It?

Yes, if you’re shooting through a third-party app that supports ProRes LT or ProRes Proxy. A log profile would be nice, too. If you’re planning to just capture ProRes HQ footage using the camera app, the standard video files are already pretty darn good and ProRes doesn’t often make that much of an appreciable difference that is worth the tradeoff of massive file sizes.