Timelapse photographer Kirill Neiezhmakov has released a hyperlapse of Singapore he shot just before the pandemic started which captures the wonder of the colorful and dynamic city-state.

Neiezhmakov, based in Kharkov, Ukraine, has specialized in time-lapses and hyperlapses for the past ten years, creating videos that often get recognized at international film festivals.

One of his recently shared projects is a personal one — he first visited Singapore in 2018 for a commercial project for the INSEAD business school and took to the city immediately. He had shot some extra material of Singapore at the time but it wasn’t quite enough for a full video so he decided to go back again in 2020, just before the pandemic began. 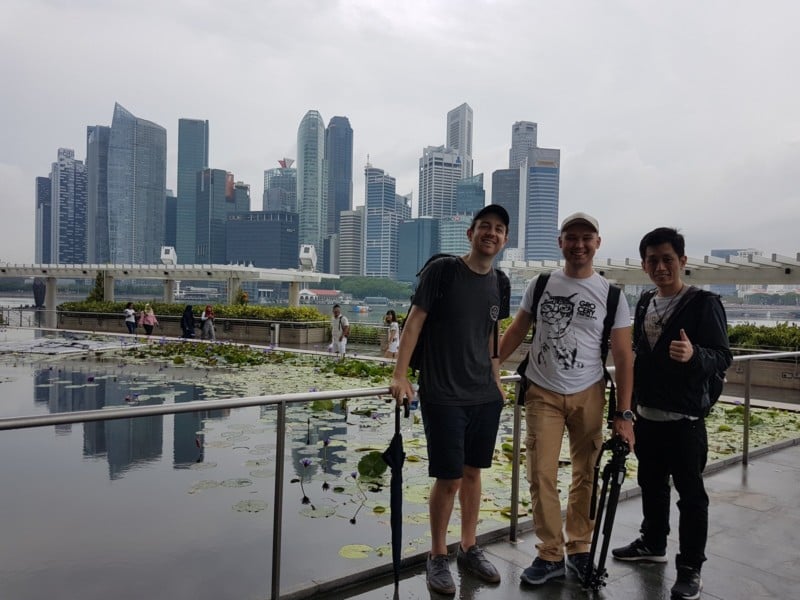 Although it was not a commercial endeavor, his friend offered to pay for Neiezhmakov’s airfare in exchange for the opportunity to use some of the material in his project.

The first thing Neiezhmakov did was make a list of the main popular places in Singapore and collect some photos of them. Then, he determined what angle would work best for his composition and what time of day would bring the best results. 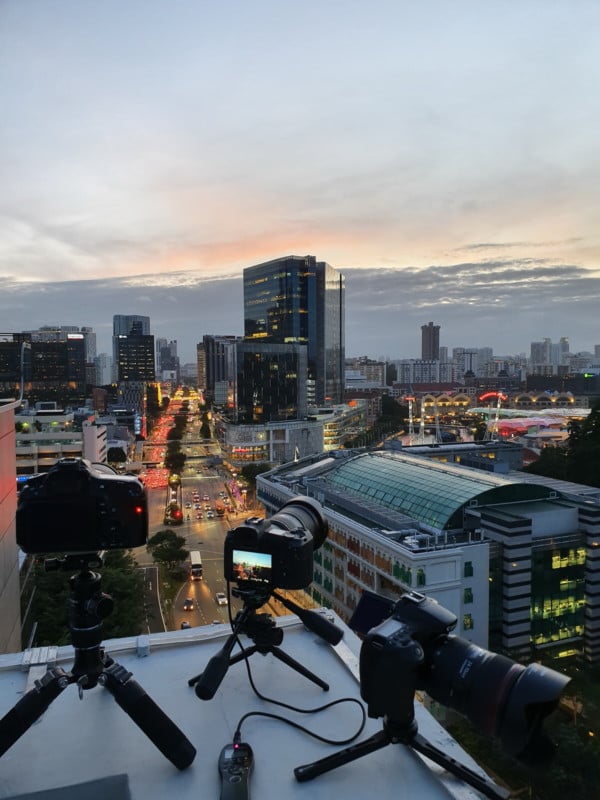 Neiezhmakov also used his local contacts, such as his friend Patrick Pellielo who also shoots timelapses, to see if they know any good places for shooting from above, such as rooftops and balconies that he could get access to. 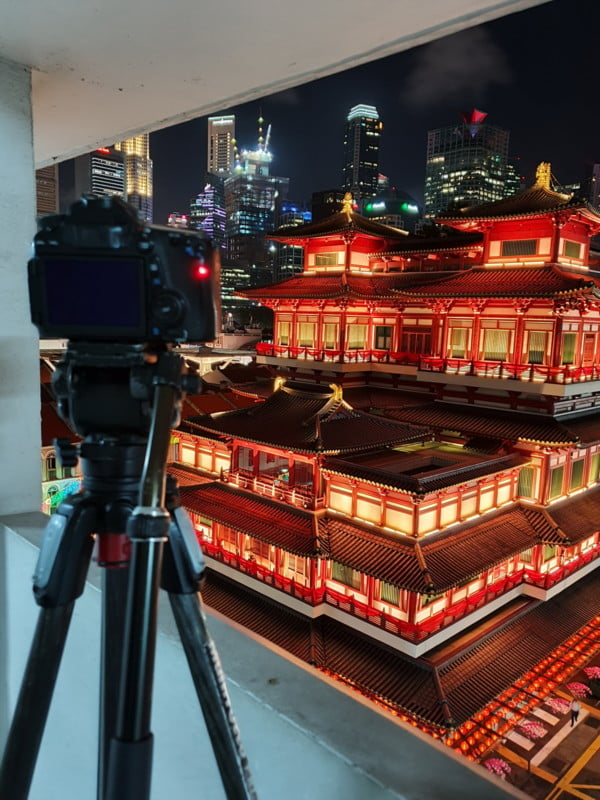 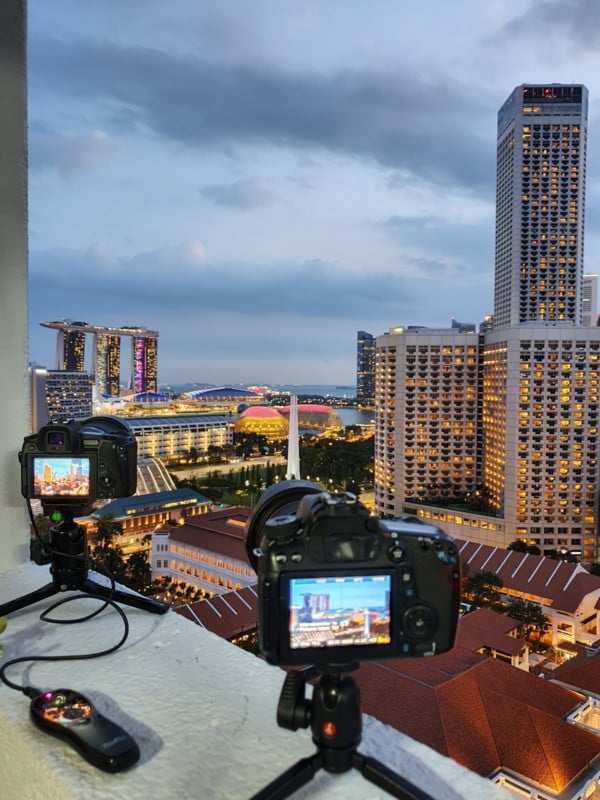 When it comes to shooting, Neiezhmakov tends to use four cameras with different lenses for shooting from one location. This saves time and sometimes helps catch moments that otherwise may not be repeated again and also helps make hyperzoom transitions when using different shots. 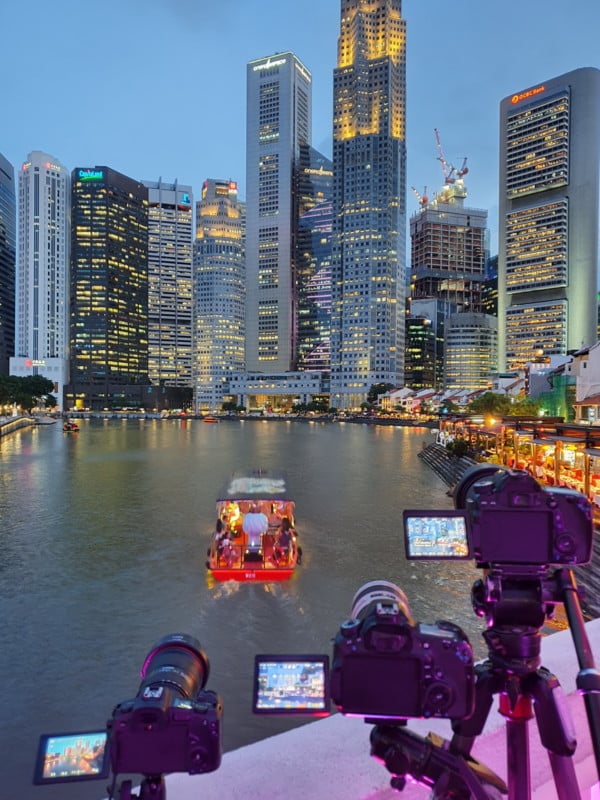 The biggest challenge in Singapore was the weather — it changes very fast and can result in heavy rain in the morning with a clear sunny sky just an hour later. Shooting from balconies wasn’t easy either. “You never know how people who live on the same floor can react to a guy with a few cameras on tripods shooting in their house,” says Neiezhmakov.

To create the final product, post-processing can be challenging, too. Neiezhmakov tells PetaPixel that he shot many nice scenes and picking out the ones to go into a short three to four-minute video is tough. 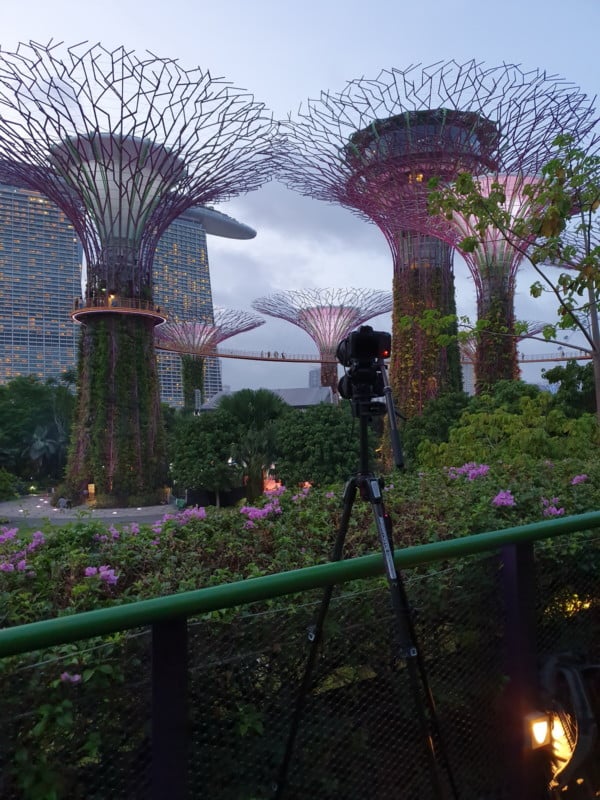 Overall, Singapore was a welcoming city, Neiezhmakov says. Bike-sharing service made travel in the city easy and it cost just $10 to hire a bike for a week. Neiezhmakov didn’t need to rely on public transport and was able to easily explore the city and scout suitable locations for shooting.

Compared to other cities that are more restrictive, such as Dubai where shooting with a tripod is often not permitted, Singaporeans were friendly and didn’t interrupt his work, Neiezhmakov recalls. 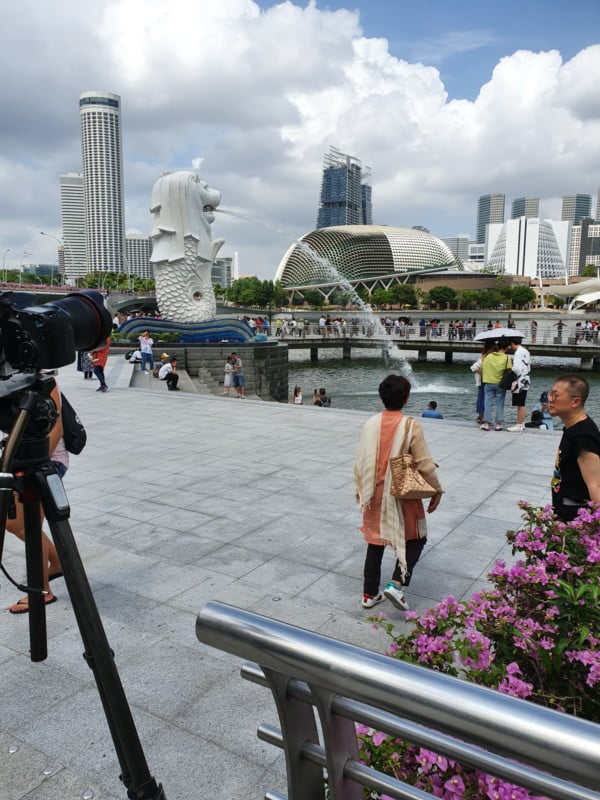 At the moment, Neiezhmakov is waiting for countries to open their borders for Ukrainian tourists so that he can go on another adventure. But, until then he has plenty of material from Vienna and Dubai that he plans on editing and publishing on his YouTube channel in the near future.

More of Neiezhmakov’s work can be found on his Instagram and YouTube channel where he shares timelapses and hyperlapses from all over the world.

Image credits: All images courtesy of Kirill Neiezhmakov and used with permission.