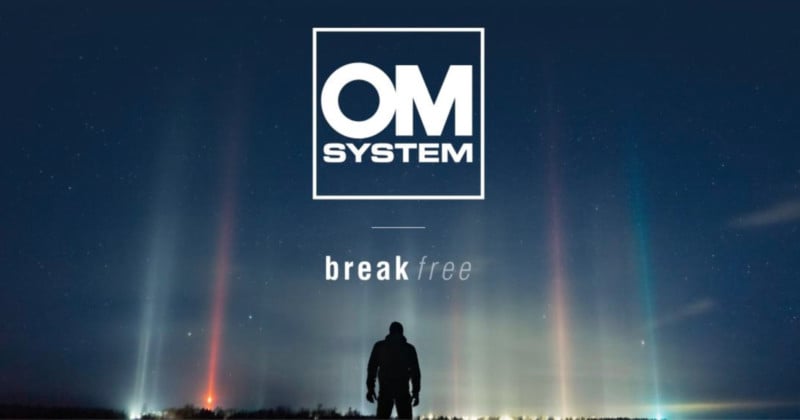 OM Digital, the company that was spun off from Olympus early this year by Japan Industrial Partners (JIP), is making its next major step: rebranding the cameras it will produce as OM System and leaving the Olympus name behind.

OM System will be the new name of the company’s line of interchangeable lens cameras, lenses, compact digital cameras, audio products, and binoculars and all Olympus imaging and audio products will be released under this new brand going forward.

OM SYSTEM expresses our determination to continue to deliver unparalleled experiences to our customers through our mission of always challenging convention and a philosophy of continuous product development, which we have adhered to since the establishment of OM Digital Solutions. Through our products and services, we hope to create exciting experiences that bring joy and inspiration. Going forward, we will strive to be the brand that customers will treasure for a long time to come, devoting ourselves to craftsmanship that demonstrates a commitment and fulfills people’s lives.

Dropping the Olympus name has always been expected, but OM Digital to this point had not been particularly clear on how that process would work. In February, OM Digital’s Chief Technology Officer Setsuya Kataoka said that the company didn’t want to abruptly change its name away from Olympus in a way that will “cause anxiety” to fans. That is to say, it might feel weird to buy an Olympus camera that doesn’t have the Olympus name. As OM Digital separates itself, fans may become confused by inconsistent branding.

It appears that the 10 months that have passed since JIP bought the imagine and audio divisions of Olympus and OM Digital was officially formed was seen to be enough time to avoid that confusion.

Additionally, OM Digital says that it is currently developing a new interchangeable lens camera within the Micro Four Thirds system that it says will embody the OM System as a concept. The company says that this interchangeable lens camera combines what it calls the industry-leading manufacturing capabilities with its “cutting-edge” technologies to create a camera that has significantly improved performance over what has existed in the past and will provide “an unrivaled photographic experience.”

Of note, the company specifically notes that it plans to implement computational photography technology into this new camera, which may be the first time a standalone camera company has dedicated any concerted effort into the technology that has allowed smartphones and their much smaller sensors to replace point and shoots — and even full-size cameras — for the vast majority of consumers. OM Digital did not go into further detail on what exactly can be expected from this effort.

We want OM System to be a partner for the adventures of each and every person. We hope that you will look to our Micro Four Thirds system to bring photography to the next level.

Since JIP acquired the imaging division of Olympus, the company has not done much publicly other than make promises that it would deliver new products that its fans would appreciate. One such promise was specific on timing and said that new cameras and lenses would be coming this year. 2021 is quickly coming to a close, so there is not much time left for OM Digital to make good on that promise, but the announcement of a new system is certainly a good sign and a step in the right direction.