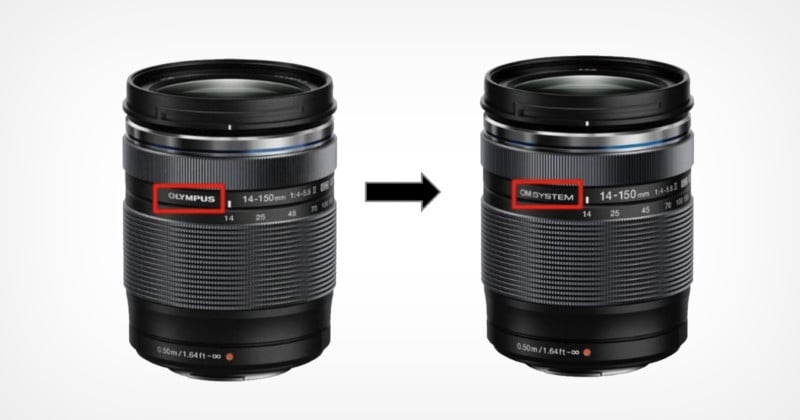 OM Digital Solutions will gradually change the branding of its products, including lenses, binoculars, cameras, and accessories, away from Olympus and to OM System.

Sent out as a PDF announcement in Japan and spotted by Asibonet and 43Rumors, OM Digital Solutions says that it plans to update this branding across the board.

“Along with the transition to the new brand announced in October last year, we will gradually change the brand name of the ‘OLYMPUS’ brand lenses, binoculars, accessories, and interchangeable lens cameras sold by us to ‘OM SYSTEM,'” the company writes, machine translated from Japanese.

“Information on applicable products will be updated sequentially on our product website. We will continue to strive to deliver high-quality products and services to our customers, so we appreciate your continued patronage.”

While the name will change, OM Digital Solutions says that product specifications and performance will remain unchanged.

The announcement comes hot on the heels of last week’s announcement of the OM-5, a camera that came out of the gates replacing the Olympus logo with the new OM System logo above the camera mount. The travel-focused camera was the first product in the company’s lineup that did not bear the Olympus name, but it soon won’t be alone in that position.

OM Digital Solution is the company name Japan Industrial Partners (JIP) created after it successfully purchased Olympus’s camera and imaging divisions in early 2021. JIP incorporated the new business under the OM Digital Solutions brand name and, at the time, said it would continue to do its business operations from its Japan office.

Back then, OM Digital was coy about whether or not it would continue to use the Olympus name on current or future imaging products, but that was decided by October of 2021 when the company announced it would rebrand its cameras as OM System and leave the Olympus name behind.

Despite this, the company continued to manufacture and release cameras and lenses that bore the name Olympus, including the highly regarded OM-1 flagship camera. Now, a year later and nearly two years after JIP purchased the Olympus imaging division, that is changing.