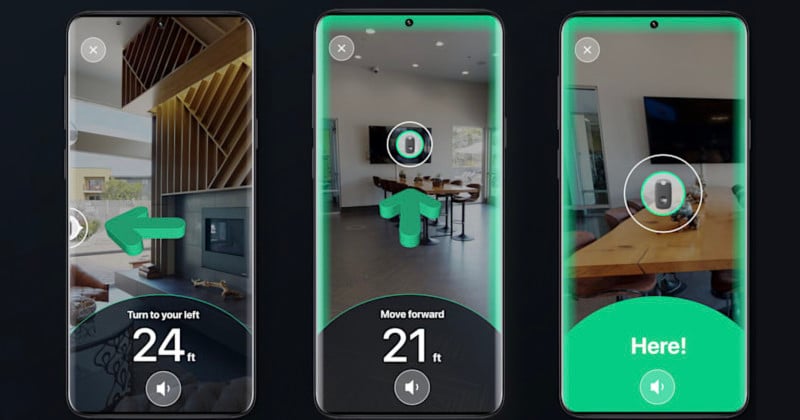 Tile has announced a new lineup of Bluetooth tracking devices including the first-ever tracking tag that supports Ultra-Wideband (UWB) for both iOS and Android devices. It also leverages an augmented reality interface to make finding it with a smartphone easier.

The Tile Ultra uses a combination of UWB and Bluetooth to transmit directional and spatial data to narrow down its location more accurately than Bluetooth alone. This is paired with the tracker’s Point and Locate feature that will let users use augmented reality (AR) to find missing items with turn-by-turn visual direction indicators showing where the tracker is. This feature builds another layer on top of what Apple’s AirTags offer, which is simply on-screen directions without the addition of AR.

This added layer could be useful for photographers who have a missing item in the studio or at home. If a Tile Ultra is attached, they can use their smartphone camera that, along with step-by-step directions, will allow them to quickly and easily find it. 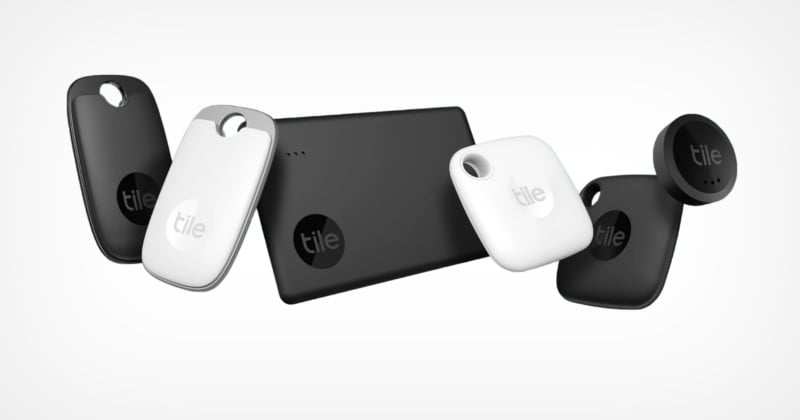 “We built this category nearly a decade ago, and since then we’ve been listening to our customers and evolving our products to meet their specific needs,” said CJ Prober, Tile CEO. “People are busier than ever, and our customers depend on our products to eliminate the stress of endlessly searching for lost or misplaced items, especially around the home, which is a nuisance that happens daily for many of us. With a longer finding range, louder ring, and voice-enabled finding through Amazon Alexa and Google Assistant, we’re making it even easier for people to quickly find what they need.”

The company says the upcoming Ultra will be the first UWB tracker to work with both iOS and Android which adds another advantage of the device over the competition since neither Apple’s AirTags or Samsung’s Smart Tags offer full multiplatform support.

On top of the new Ultra, Tile also announced several other additions to its product lineup that it beleives strengthens its position in the competitive landscape. The Tile Pro has been updated with a new look and offers up to 400 feet finding range. The Tile Mate, Sticker, and Slim have been updated to support up to 250 feet finding range (increased by 25% for the Mate and Slim, and a 67% increase for the Sticker version). All three versions now include a louder ring making it easier to find a missing device. All four models have been upgraded to also include an IP67 water-resistance rating and, the Mate version now includes a three-year battery life span.

The new lineup of trackers from Tile are available from the company website with prices ranging from $25 for the Tile Mate, to $35 for the Tile Pro and Tile Slim. The pricing and availability of the Tile Ultra will be revealed at a later date.