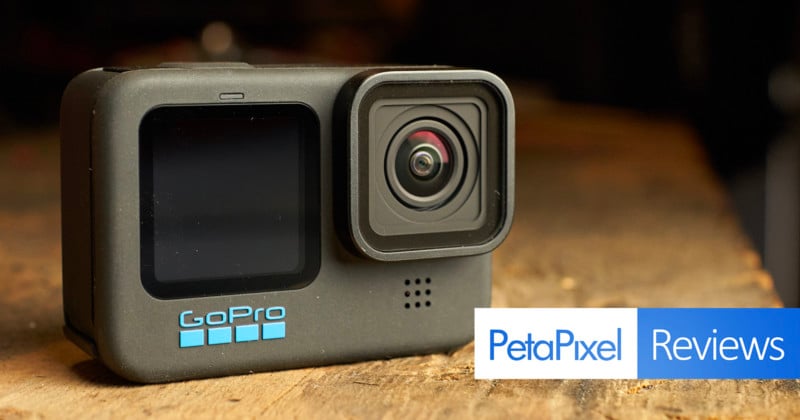 Every year like clockwork, GoPro introduces a new action camera with varying degrees of improvement upon the last. This year we have the HERO10 Black, the company’s second push into 5.3K video recording following the HERO9, but is there enough here to warrant buying the latest and greatest? 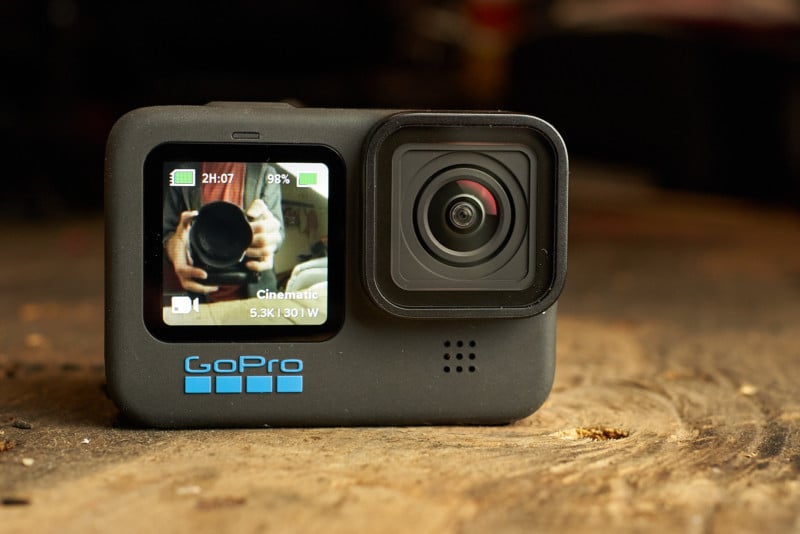 The replaceable lens cover is one physical piece that GoPro says it has made an improvement over the HERO9. The company now claims it has better scratch resistance and reduced ghosting. I wasn’t about to purposefully scratch that front element to test this claim, but after a few weeks of using the HERO10 out in the woods with plenty of scratchy things around and loaded into my backpack’s unpadded exterior pocket without much care, I have not seen any scratch of any depth or significance develop on the lens cover. It’s looking as good today as the day I took it out of the packaging.

The collapsable, two-prong mount at the bottom of the camera is the same as always, which means that almost every previous GoPro mounting accessory should be compatible. The only problem I can see arising is if a particular accessory you were hoping to use with it depended on the smaller pre-HERO9 form factor. 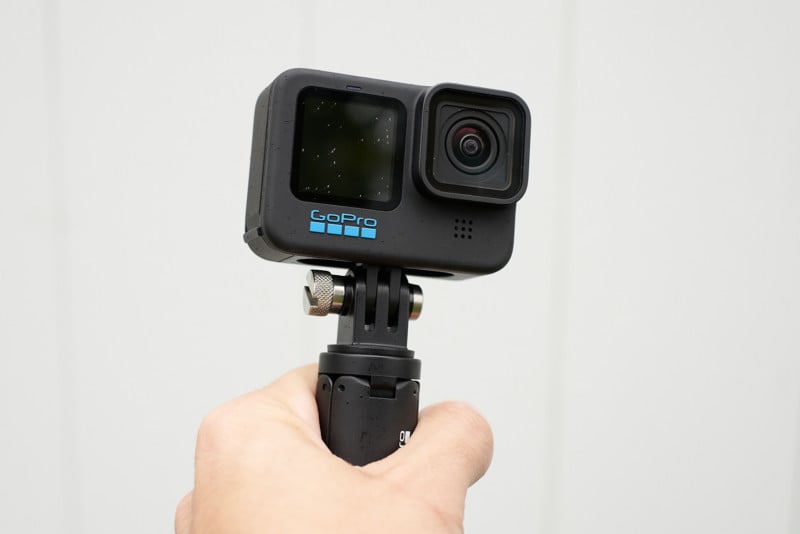 Jumping ahead a little, I have to bring up a new development on the inside of the HERO10 in order to explain the rest of the changes to the usability. With this camera, GoPro has introduced the GP2 processor. The previous GP1 processor was present in GoPros since the HERO6 Black in 2017, so it’s integration here a big deal. What this brings to the table for usability is higher frame rates on the front LCD display for smoother live previews, faster boot times, and my personal favorite: a more responsive touch interface.

Even with the HERO9, using the touch controls would sometimes cause hair loss because of how all over the place it is. Sometimes it would work really well and make me question if I’m just an idiot all the other times. Mainly, it would be its old self of not recognizing my taps or swipes unless I tried it over and over and over in a slow, exaggerated manner. While wearing touch-enabled gloves, the HERO9 just wouldn’t have anything to do with me.

This is noticeably changed with the HERO10 on all counts. I’ve yet to fumble with a control or swipe gesture, and testing it with gloves works as good as my naked fingers. This has always been my biggest gripe when taking out the GoPro and trying to set it up for a shot, and I’m happy to report it appears to be fixed. In addition to the operability improvements, the new GP2 processor makes vast improvements to the video recording capabilities by doubling the maximum frame rates across the board. Where the HERO9 did 5.3K at 30p, the HERO10 can do it at 60p. Likewise, it doubles from 4K 60p to 4K 120p and 2.7K 120p to 2.7K 240p. Clearly, this new processor open up a lot of new potential for those wanting these higher frame rates.

The HERO10 also introduces a new “3D noise reduction” algorithm. From testing, it appears that between ISO 100 and 800 that the image quality holds up and looks great for a 1/2.3-inch sensor. ISO 1,600 is about where I’d stop pushing it as it takes its first big hit to image quality in terms of noise and detail. By ISO 3,200, the image gets too “mushy” for my liking, and at the ISO limit of 6,400, I’d consider it basically unusable unless you’re capturing iconic Sasquatch footage.

HyperSmooth 4.0 in the new GoPro is the company’s latest version of electronic image stabilization. From what I saw, it works really well when handholding the camera and standing stationary for static shots or even panning around. It’s also really good for real active movements like running. However, the in-between of walking forward slowly to capture something more “cinematic” looking isn’t quite as stable as I hoped.

One of my favorite aspects about the newer GoPros is the in-camera horizon leveling. Previously on the GoPro HERO9, I could tilt sideways up to 27 degrees and the scene would still look perfectly level. This is especially great for setting up a quick tripod or mounted shot and not having to mess with precise leveling each and every time. Now, the HERO10 allows up to 45 degrees of tilt and the viewer would be none the wiser.

In the video below you can see the point where I go past 45 degrees and get a sense of what kind of tilt was truly happening behind the scenes. Remember, when the footage starts to rotate to show the true orientation, that’s not me making a quick zero-to-45 degree movement with the camera. I was teetering around 44-degrees before going over the limit and that’s when the video shows any change. I’m very impressed with this feature.

This camera is also capable of shooting 23-megapixel stills, including RAW file output. Whether you should take advantage of this depends on your use case. The images clearly look like something off of a GoPro or smartphone — there is no magic happening there. However, a lot of times that’s good enough. With the GoPro, I’d be more willing to use it rather than my phone for special circumstances — such as anywhere near water or more precarious situations — otherwise, I don’t see the results being worth the time to take out of my bag over just reaching into my pocket for the iPhone.

The HERO10 does have a set of virtual lens options, but from my testing, it appears that sticking with the native wide lens for photography is going to yield the best results. As shown below, the narrow option used in the same scene completely lacks detail.

A Refresh of Significance

With the introduction of the new GP2 processor, GoPro has made a new camera that’s hard to ignore as just another refresh. The HERO10’s ability to record video in 5.3K at 60p and 4K at 120p makes it stand out. Additionally, the improved touch interface and in-camera leveling make it so much easier to work with while out in the field. The downside is the stills image quality, where the photos don’t appear much different from the smartphone most of us already carry. Again, on the flip side, the GoPro can be set up in ways where I wouldn’t trust my phone hanging out or attached to things. I just wish the quality was better.

There are a couple of alternatives to the new HERO10. First, there’s always the option to get the previous model and save a hundred bucks. GoPro releases new versions each year, and all the marketing hype the company put into the last product is generally going to hold up in spite of the new comparisons that can be made. This year that gap in performance is a lot wider than it has been in previous years, however, thanks to the HERO10’s new processor.

The next alternative would be the DJI Osmo Action, however retailers such as Adorama don’t stock it anymore and Amazon no longer sells it itself. This could signal that we are on the brink of a refresh that may be worth waiting for. This action camera came out in mid-2019 and features dual screens, 4K 60p video recording, electronic image stabilization, and a waterproof design. 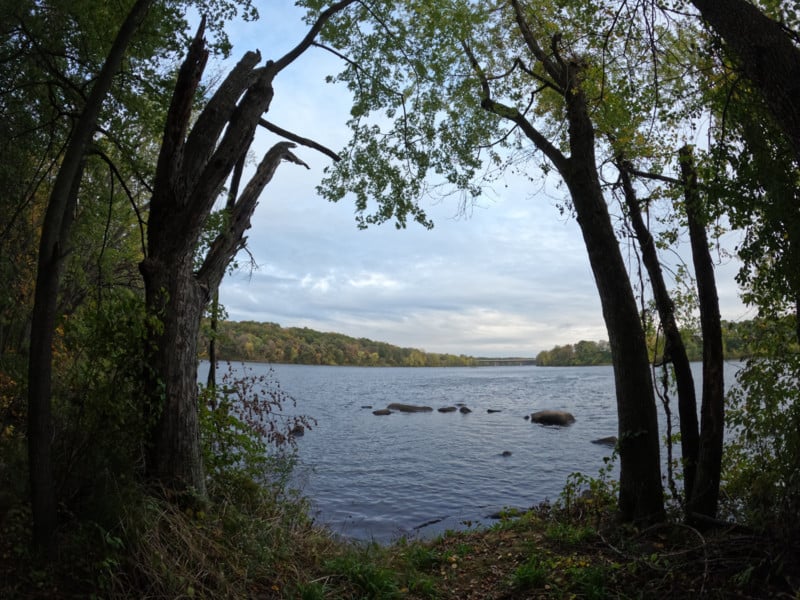 Yes. With the GoPro HERO10 Black, the company continues to improve upon features that were already impressive. This release effectively doubles the video performance and makes noticeable changes to responsiveness over previous generations.