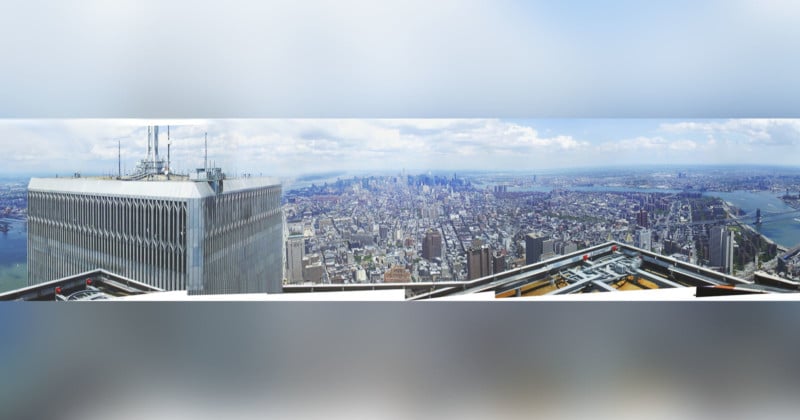 It was a sunny day in August 2001. I was a high school student at the time, and my family had decided to take a day trip to New York City, which was about an hour away from where we were living at the time. I had been to New York many times before, but every single time, the sheer density and height of the buildings always struck me with awe.


On each visit to the city, we would pass by the same buildings — the Empire State Building and the World Trade Center twin towers. They were always there, timeless displays of human progress, technological marvels of modern construction technology that allowed us to build up to the skies.

As a child, each time I landed in any city I was always interested in the highest public observation deck in town. That day, luck was on our side, and with the good weather, the World Trade Center opened its roof for public access.

To describe that view as breathtaking would be an understatement. The lives of 17 million people — from Broadway to Wall Street, every stroke of life, each of 700 languages — were buzzing below, and I had a gorgeous 360-degree view of it. The contrast between the serenity of that rooftop, where I could even hear the wind blowing, and the cacophony of city life that you hear below, was unmistakable.

That was also the first time I was in New York with an early consumer digital camera — a Fujifilm MX-700, with its 1 megapixel of glory in a pocket-size form factor. As computing and graphics technology rapidly advanced, I had also heard much about a future of Virtual Reality, and even had an early helmet-like headset with dual 240p displays inside, the model of which I can’t recall at the moment.

As an aspiring technology enthusiast, and having shot film through most of my prior childhood, I knew digital cameras held more promises than just convenience. Not having to pay per image was marvelous. Storage was effectively unlimited, as long as you had a computer nearby. That day I was determined to try to capture that 360-degree view of New York.

As cameras back then had no “panorama mode” like you might find on any modern smartphone, I had no choice but to move slowly from point to point around the edge of the observation deck, moving back and forth between the “camera” and “play” modes on a horribly slow camera to ensure that I had sufficient overlap between tiles to capture the entire 360-degree view. I stitched it together, painstakingly by hand, in Photoshop 4.0 after getting home.

A few weeks later, on September 11, the towers were gone. I’ll spare yet another description of that horrific, painful day at school. But I later decided that the view that I had captured truly belongs in the public domain, in memory of the lives lost, as a tribute to America’s engineering prowess, and for the children of the world, who never got the chance to see that view from the original towers.

May we continue to heal, and may peace prevail on Earth.

About the author: Dheera Venkatraman is a robotics and software engineer who lives in the San Francisco Bay Area, and is also an amateur photographer in his spare time. The opinions expressed in this article are solely those of the author. Venkatraman graduated from the Massachusetts Institute of Technology, and prior to that, attended his last years of high school in New Jersey, during which the events of 9/11 occurred. He previously shot thermal photos of Iceland and then-and-now photos of China. You can find more of his work on his Instagram.