Facebook’s WhatsApp chat application is adding a feature that was initially popularized by Snapchat: view once, disappearing photos and videos. The app is rolling out support for the feature this week.

Facebook says that even though photos and videos have only grown in importance for most people, it doesn’t believe that everything shared needs to have a permanent digital record. In addition to the need for some level of privacy inherent in some photos, Facebook also says that not every photo taken of every event needs to take up space on a smartphone’s camera roll.

To that end, Facebook is adding new “View Once” photos and videos to WhatsApp which will disappear from the chat once they have been opened, which the company says will give users more control over their privacy. View Once photos will be clearly marked with a new “one-time” icon. 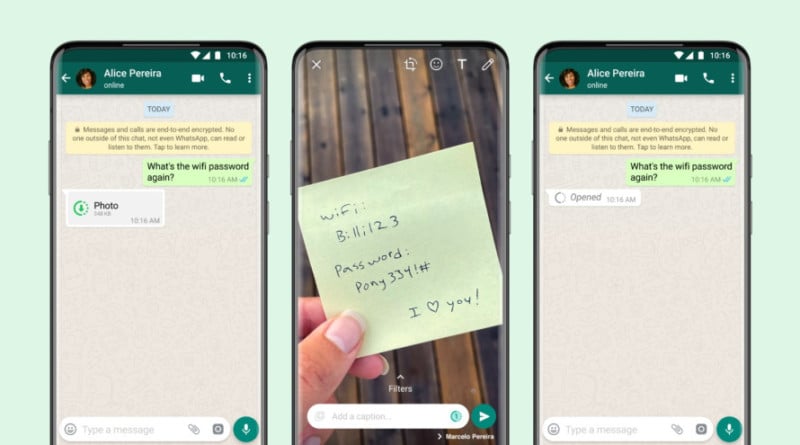 After the photo or video has been viewed, the message will appear as “opened” to, as Facebook explains it, avoid any confusion about what was happening in the chat at the time.

Facebook says that as is the case with all messages sent on WhatsApp, View Once media is protected by end-to-end encryption so even WhatsApp can’t see them. That said, Facebook has a sordid history when it comes to privacy that dates back as far as 2006. Most recently, Facebook chose not to notify users if they were affected by the massive data breach that affected over half a billion people.