The Makers in Motion Camera Strap has tapped into the market of cyclist-photographers who want to transport their camera safely while out on a ride and have the ability to shoot on the go without restrictions.

Many cyclists eventually grow into photographers as they ride past grand vistas and unique lighting conditions. As such, while the specific market segment may be small and niche, they are active and passionate. A testament to this is that the Kickstarter campaign — set up by creator Jonathan Ota and co-collaborator Jessica Chan — has already exceeded its goal. Ota has a background in Industrial Design, while Chan has design and production knowledge, and is also the founder and maker of Tunitas Carryall, a San Francisco-based cycling bag company.

Their product, the Makers in Motion Camera Strap, is a camera strap with specific features that cater to photographers who want a secure and more seamless experience of taking photos on and off their bikes.

The strap is designed to quickly transition between three different modes: Off the bike, On the bike, and Shoot. The design of the strap centers around the “Fidlock” magnetic buckle, which makes it easy to secure a camera. 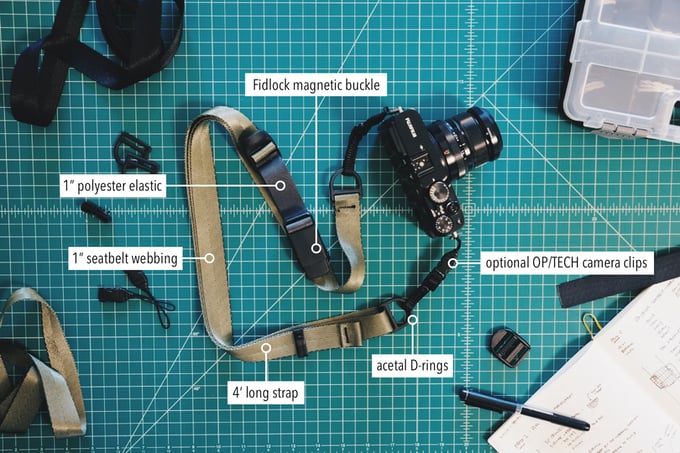 The variable-length strap can be converted from a three-point harness to a two-point traditional strap in one motion. To make it easier to take a shot, the strap extends away from the body and tightens when the camera is not in use.

The campaign claims that the strap is able to withstand tough shooting scenarios, such as cycling on rough descents, as does the weatherproof hardware and abrasion-resistant webbing. 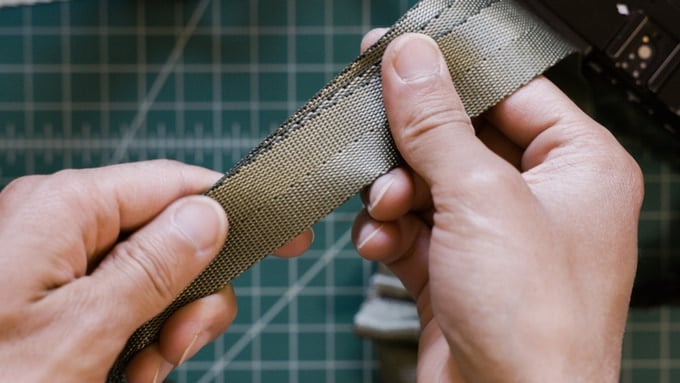 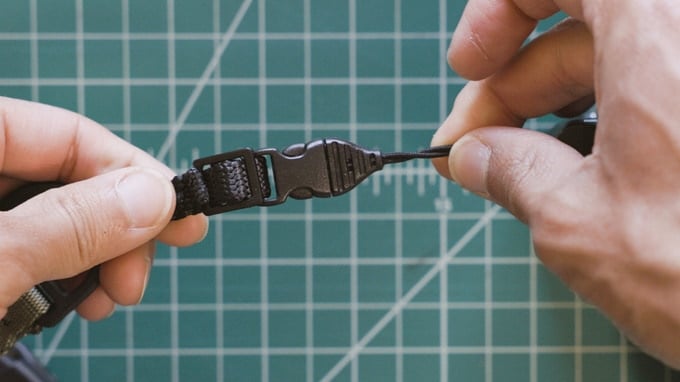 The Fidlock magnetic buckle can support up to 30 lbs of weight, while the hardware itself is lightweight. The strap can be directly mounted to the camera and is compatible with OP/TECH camera clips, which are included, or Peak Design Anchor Links with the appropriate connector. The OP/TECH camera connectors can support loads of up to 2.5 lbs each.

The designers claim that every element of the strap has been optimized to reduce potential failure points and distracting clutter while still making the strap flexible for everyday use. 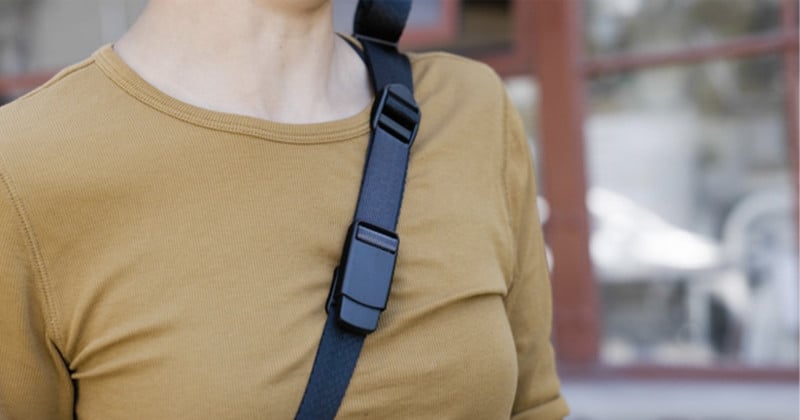 Although it has exceeded its initial target, the campaign was not started to fund a company or venture. Both Ota and Chan say that they simply wanted to share something that they thought was useful for the photographer-cyclist. After the campaign is completed, they won’t make any more of the straps.

Currently, the only backing option left on the campaign is for the $60 strap — the $48 early-bird option sold out. The campaign ends on July 31 and they estimate that they will be able to start shipping straps to customers in early October.

The ‘Back Roads of Americana’ Photo Series is a Modernist Masterpiece